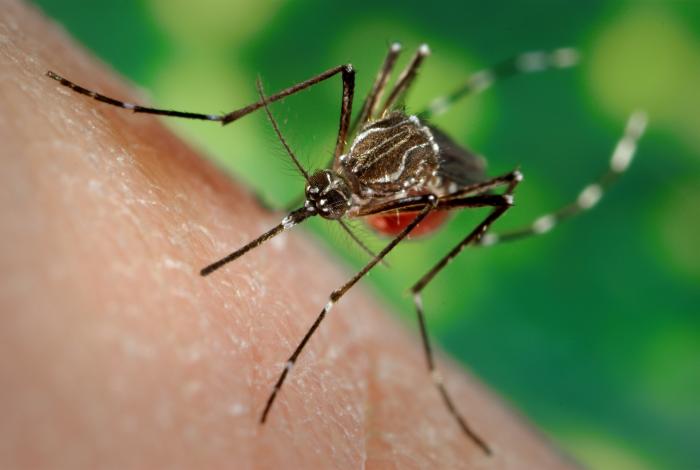 At the beginning of December 2017, the Ministry of Health of the Canary Islands Government, through its General Department of Public Health, detected some specimens of the mosquito Aedes aegypti in an urban area, Las Granadas , in the Puerto del Rosario on the island of Fuerteventura. Initially a female was captured and in subsequent visits a second one. The Ministry initiated a whole control program that included the installation of various types of traps for both oviposition and adult captures, information and surveys for the inhabitants of the area and a program for the control of adults and possible point of larval breeding. There has been no more information about the existing population of this species.

According to the Ministry, the Canary Islands are monitored on possible invading mosquitoes from 2011 through the Entomological Surveillance System of the Canary Islands, with the participation of the University Institute of Tropical Diseases and Public Health of the University of La Laguna. It should be said that in 2014, this Institute organized a symposium on the monitoring of this and other possible invasive mosquito species in the islands.

Aedes aegypti is a very good vector of pathogens such as those causing yellow fever, dengue or recently Zika, and once found in Madeira in 2005, it has been responsible for the transmission of dengue outbreak in 2012-2013. It is also present in recent years, on the eastern shores of the Black Sea in Europe. The risk is therefore important if this mosquito settles in Western Europe, or perhaps, one should rather say, if it appears again, as this species was present in much of the European Mediterranean coasts until the middle of the 20th century. The last report on the Iberian Peninsula is that of Rico-Avelló and Rico in 1953, indicating that it had been present throughout the Spanish coast in the past. In fact, its presence was associated with the epidemics of yellow fever that affected us in the 18th century, beginning precisely in the Canary Islands in 1701. In Barcelona there were two epidemics in 1821 and 1870 with more than 20,000 deaths in total. Although it has not been proven, it seems that these mosquitoes came with the trade of sailing boats in the bilge, from America or Africa and at the same time also came the virus with the trade of slaves which wasn’t banned in Spain until 1886!

It will be necessary to  effectively monitor the possible arrival of this mosquito species, although there are many factors to be taken into account for its establishment. The characteristics of its biology with present impossibility of presenting diapause and surviving cold winters, or the already discussed climate change with global warming and the transport of goods and people on a large scale, will play its role in a scenario that can allow again that we have this species in our environment.