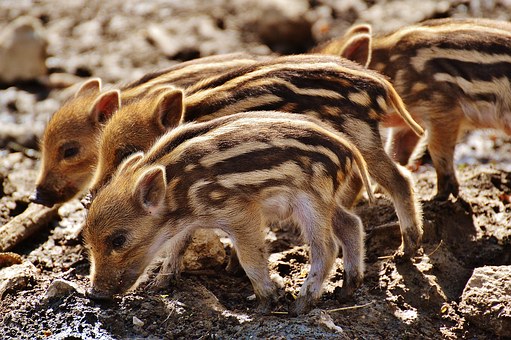 It is a variety caused by a bacteria that mainly affects wild rodents. The fact of finding the same strain in the wild boar in the Catalan Pyrenees and in the south of France shows that the disease may have crossed the Pyrenean border.

Animal tuberculosis is an endemic disease in Spain, but it can also be an illness imported from other regions. Recently, thanks to a collaboration between IRTA-CReSA, the Department of Agriculture, Livestock, Fisheries and Food of the Generalitat de Catalunya and the Agence Nationale de Sécurité Sanitaire de l’Alimentation (ANSES) of France, we have detected the case of an outbreak of animal tuberculosis in widl boars in both bands from the border between Catalonia and the south of France.

Several cases of tuberculosis were detected in wild boars in the Vall d’Aran and north of Pallars Sobirà. In all cases, the infection was caused by the bacterium Mycobacterium microti (or Mycobacterium tuberculosis var. Microti). The results of the study, published in the journal Emerging infectious diseases, confirm that the pathogenic strain of these Pyrenean wild boars is the same that affects wild boars in southern France, specifically in the Ariège and Haute-Garonne area, just across the border. It is a strain that also affects other species such as teats, cats, dogs and flames.

An atypical but not surprising outbreak

The infected wild boar had necrotizing granulomatous lesions, mainly in the mandibular lymph nodes. They are a very characteristic lesions of tuberculosis but it is usually difficult to distinguish these lesions from those that cause other more common bacteria such as M. bovis or M. caprae (also called bovine and caprae variants of M. tuberculosis, respectively). With the analyzes it was confirmed that they were caused by M. microti bacteria.

What role does the rest of wildlife play in the spread of the disease?

This is a very curious case, since it had been described before that M. microti is a pathogen that mainly infected wild rodents. It has also been documented that it can infect other species, such as some ungulates or carnivores, but it is unknown if the infection remains in their population. Nor is it known in what way domestic cattle can affect livestock of cows, goats or sheep that may be exposed to this bacterium.

In fact, M. microti is a bacterium that is very close to M. bovis and M. caprae, which are the main causes of tuberculosis in ruminants. Recently, it has been proposed that all these species of bacteria be considered variants of a single species (M. tuberculosis), since they share more than 99.9% of the nucleotide sequences of their genome. This suggests that domestic ruminants can also be infected by this bacterium or, at least, if exposed, could give positive results to the diagnostic tests. This fact is relevant if we consider that these are species that are subject to programs for the eradication and control of the disease.

This finding opens the door to new research ways to find out if wild rodents are playing a role in epidemiology of the outbreak, what is the impact of domestic and wild animals on M. microti and what are its implications in the diagnosis of tuberculosis and biosecurity measures to consider. We’re working!