“Chikungunya: how globalization expands new diseases arround the world”, article at THE CONVERSATION 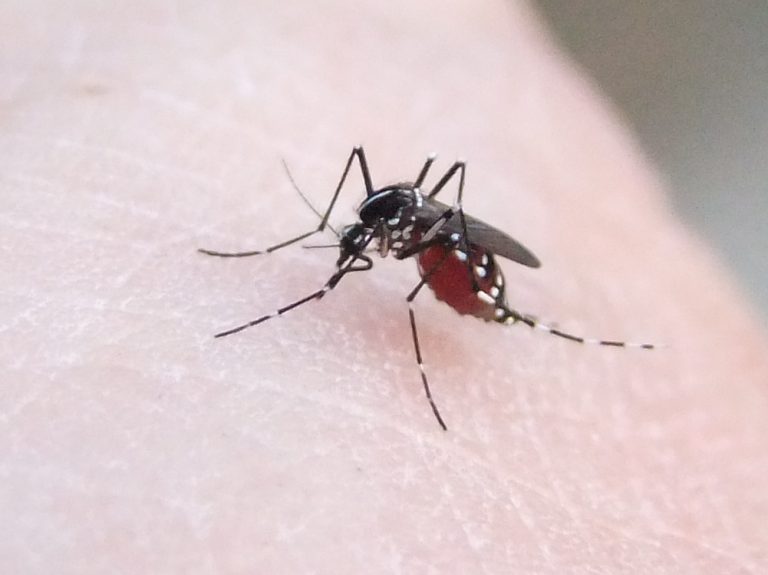 Globalization is ideal for the rapid spread of pathogens to new areas. The transport of animals and the movement of people facilitate the geographical spread of viruses and mosquito vectors of diseases. The probability of importing endemic infections due to travelers returning from certain areas is now higher, due to the increase in the volume of international flights in recent years. Also by the increase of these diseases.

A sick person can reach almost anywhere in the world in less than 36 hours. It is estimated that some 4 billion people traveled by plane in 2018. All this means that, along with other climatic and socioeconomic factors, emerging diseases have increased in recent decades. Among them those transmitted by mosquitoes.

The mosquito Aedes albopictus, better known as tiger mosquito, is one of the most efficient invasive mosquito species of recent years. It is native to the tropical forests of Southeast Asia, and from there it has been distributed all over the world.

The tiger mosquito is an aggressive species that has a preference for people, although it also feeds on other animal species. Its global distribution has increased dramatically in recent decades due to trade with Asian countries, especially goods such as tires and ornamental plants, where you can find eggs and larvae of these insects. Thus, this invasive species has traveled long distances effectively. The success of this species when establishing itself in temperate places like the Mediterranean has been related to its physiology and its ecological plasticity. These have allowed it to adapt to colder temperatures than those of its place of origin.

This insect has also adapted perfectly to different habitats, urban and peri-urban. In 2004 it was detected for the first time in Spain (Sant Cugat del Vallés, Catalonia) and from there it was progressively distributed along the Mediterranean coast, taking advantage of the cars as transport. The invasion of new areas has caused public health concern, as it is a vector of at least 26 different viruses, causing diseases such as Dengue, Zika and Chikungunya. 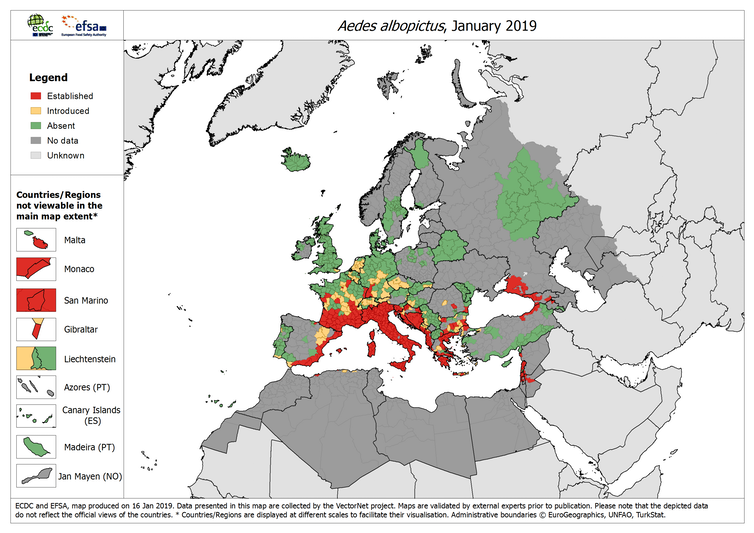 The Chikungunya virus was first identified in the 1950s during an outbreak in Tanzania. The name comes from the makonde language and means “the one who stoops”, in reference to the position frequently adopted by patients due to joint pain. Patients infected with Chikungunya virus may experience fever (about 40 ⁰C) that can progress to a rash and joint pain due to inflammation. Some may have chronic joint pain.

The virus is maintained in Africa through a cycle of transmission between mosquitoes and primates. However, in highly populated areas the virus remains in an urban cycle, in which humans are the main host and mosquitoes of the genus Aedes act as vectors, without the need of the animal reservoir.

From Africa to Europe

Since the 2000s, Chikungunya has reemerged and infected millions of people, especially in Africa, Asia and Oceania, and today is a major concern for global public health. In 2005, the movement of goods and people between the islands of the Indian Ocean introduced the virus on the island of Réunion, which caused a major outbreak with about 40,000 cases reported per week. It was the first time that neurological manifestations, fetal infections and mortality associated with the virus were reported. It is believed that the transmitting vector in the Reunion Island was the tiger mosquito.

In 2007, the first autochthonous outbreak was detected in Europe, in Emilia-Romagna (Italy). There were reported more than 200 cases and the presence of the dreaded mosquito. Later, more cases were detected in France and Italy: in 2017 Italy suffered another outbreak with 277 affected.

Since the Chikungunya virus entered the American continent in 2013, it spread rapidly through the Caribbean and south and north of America. With more than one million cases, the risk of autochthonous transmission of the virus has increased in recent years in those countries where the tiger mosquito is present, due to the return of travelers from endemic areas of the Americas.

The virus arrives in Spain

Since 2008, every year there have been confirmed cases of travelers arriving in Spain viraemic, that is, infected with the Chikungunya virus in some of the endemic areas of the world. So far no autochthonous outbreak has been detected, although there have been two false positives. One, in 2015; the other, a few days ago, after Iceland confirmed that three tourists had been diagnosed by mistake after returning from Alicante.