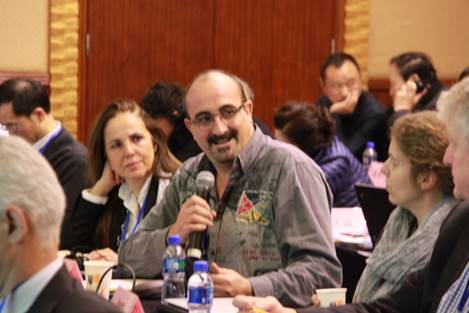 For the elder (and for those not that old), talking about African swine fever (ASF) brings unpleasant memories. The ASF-causative agent is a virus (ASFV) which provoked dramatic economical loses in the Iberian peninsula for almost four decades. To understand the tremendous implications of ASFV presence to our economy is worthy to mention that its eradication in 1995 allowed re-opening the international trade for our pork products, facilitating therefore launching our swine industry to today´s levels. However, our joy seemed to last only one decade since ASFV is menacing our borders again after re-entering the European continent thorough Georgia in 2007 and some Eastern border countries of the EU in 2014.

Amazingly, ASFV re-entered continental Europe following similar pathways used fifty years before; in the form of ASFV contaminated food products imported from Sub-Saharan Africa. The traditional lack of international attention in this side of the world, results today in a dramatic epidemiological situation in the area, with ASFV being stronger than ever thus facilitating future causal exportations of the virus. The absence of vaccine available to fight this disease complicates even more the picture.

Being aware of the threat that ASFV can suppose to China, the competent authorities of the Chinese government, counting with the collaboration of international experts, have started an ambitious program aiming to prevent ASFV entry within their borders, complemented with full contingency control programs in case the virus hit a country, today accounting for almost half of the global pork production. The meeting held in Beijing (China) the last 25th and 26th of November fit with this strategic plan and was funded by a Technical Cooperative Program (TCP) funded by the FAO and hosted by the Veterinarian Authorities of the Agricultural Ministry of China. The meeting, entitled: ”Forum for the prevention and control of ASF”, counted with National and International experts from different disciplines, including surveillance, epidemiology and diagnostics on the ASF field (for more information, visit the following link). 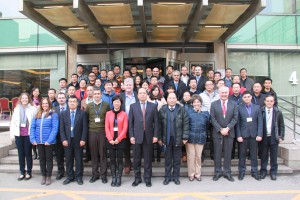 A specific session of this meeting was additionally devoted to Basic Research on ASF pathogenesis and vaccine development, almost neglected chapters in ASF history (also true for many other diseases). As a mode of example, it is worthy to remind that with the eradication of ASF from Continental Europe in 1995, half of the best Research groups devoted to understand the mechanisms of ASFV pathogenesis and protection, also disappeared due to lack of funding opportunities; and with them, their knowledge. Dr. Rodriguez started his talk by reviewing the most promising advances described on ASF vaccine development (most of them obtained in the nineties). His presentation focused next on the most recent advances obtained in his own laboratory at CReSA-IRTA, thanks to the continuous project funding from the Spanish Science Ministry since 2005, even before the last ASFV re-entered Continental Europe in 2007. So far, CReSA-IRTA´s has modestly contributed to better understand the mechanisms involved in ASF protection as well to describe some ASFV specific antigens with vaccine potential; scientific findings included as part of the results obtained in three different Doctoral Thesis. The recent incorporation of Boehringer Ingelheim (Veterinarian R+D branch; Hannover, Germany) to the team has been immediately translated in the fast validation of a new experimental ASF vaccine prototype based on a genetically modified live attenuated ASFV. This patented vaccine invention, fruit of the initial collaboration between the laboratories of Dr. Rodriguez in CReSA-IRTA and Dr. ML Salas in CBMSO-CSIC, was capable to confer protection not only against the homologous virulent virus but also, and for the first time for ASF, against heterologous ASFV strains. In spite more efforts have to be done to guarantee the total safety of the vaccine, our discovery allows being optimistic for the future application of highly cross-protective vaccines in areas where several ASFV strains are circulating at once.