In recent months a new outbreak of a new avian influenza virus (H7N9 strain) in China, has reached humans, despite being listed as a low pathogenic virus in birds. At the time of writing this blog post will feature more than 140 infected persons, with a total of 45 dead.

Following the maxim that in a crisis we must always put prevention measures but if this is triggered that is required is your control, it is interesting to note that this new strain, regardless of its impact on human beings (morbidity and mortality) not seem to differ from others already known variants of avian influenza virus in regard to their resistance to countermeasures that we can oppose (inactivation or disinfection methods).
Thus, treatments by commonly used disinfectants such as bleach (active component, sodium hypochlorite), ethyl alcohol (ethanol, usually diluted to 70 % water, tap water) , or a disinfectant widely used in the veterinary world (Virkon) are fully effective against the virus in suspension and to test contact periods of 10 to 30 minutes. Ethanol 75 % was even more effective because it eliminated 6 log of infective virus in 5 minutes (roughly 1,000,000 inactivated or killed infectious viral particles) under the conditions tested (see Zuo et al., 2013, Virology Journal). 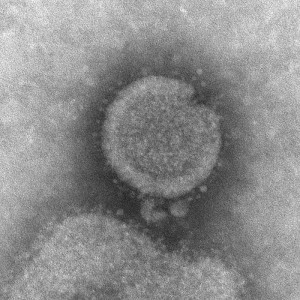 Also the bird flu viruses (and H7N9 could not be an exception) can be inactivated by physical means. Two currently employed treatments are the thermal one and the application of ultraviolet light. Thus, for two variants of this new strain H7N9 more than 6 log10  inactivation after 30 minutes at 56°C, or after 10 minutes at 65°C, or after just 1 minute at 100°C (the boiling point of water) were achieved. It follows that the higher temperature, the faster inactivation, as has been shown in our laboratory to other zoonotic viruses such as Chikungunya virus or West Nile fever virus but also for other highly pathogenic variants (H7N1, H7N7, H5N1) avian influenza virus. Different combinations, same prizes (or punishment, in this case).
Ultraviolet light, a normal component of sunlight, also has a deleterious effect on viral viability. In the conditions tested in the study (see Zuo et al., 2013, Virology Journal), 30 minutes of exposure to ultraviolet radiation between 250-270 nm, enough to completely inactivate (6 log10) virus exposed. In our laboratory this has also been confirmed for other influenza virus strains both avian and swine origin.
If we can not prevent it, and it is clear that we can not prevent everything, we have to be ready to react. Inactivation methods and their effective implementation are cornerstones to return to the baseline situation, before the emergence or public health problem, leaving an area or material as virus-free (or bacteria-free). The more knowledge we accumulate about viral persistence against inactivation methods or disinfectants, better we could act on contaminated areas or materials, when we will be “asphyxiated” by an emergency. Although certainly a new danger, a new viral strain can always open the Pandora’s box.
But that, that’s another story.