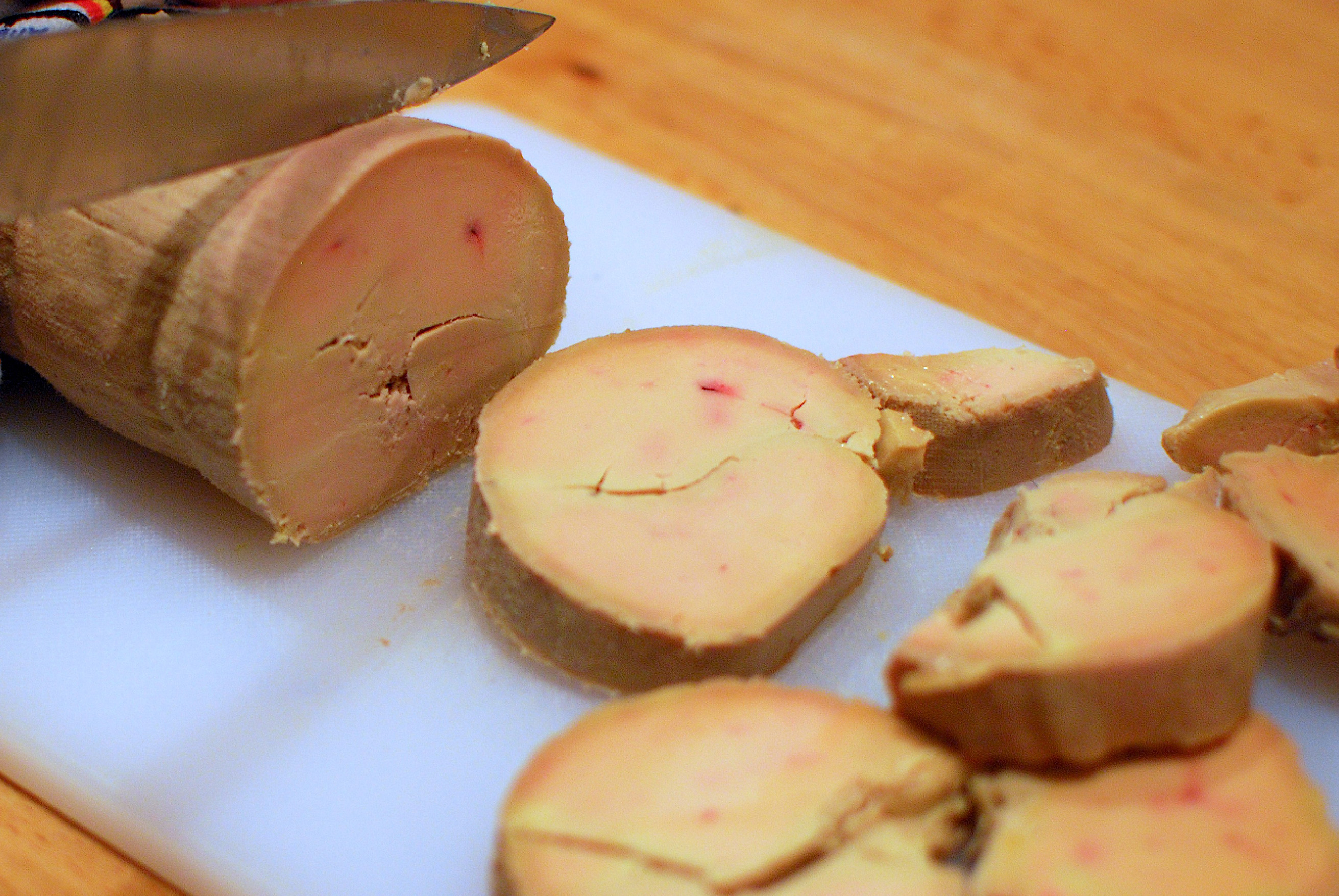 A few months ago, in September 2016, the United Nations agency for food and agriculture (FAO) warned of the spread of a highly pathogenic avian influenza virus, HPAI H5N8 on Lake Ubsu-Nur, in Russia. A few weeks later the virus had reached India and Europe. This would be the fourth wave of intercontinental propagation of an HPAI virus since 2005; The last one was 2014/2015. It is assumed that the main “guilt” would lie in the movements of migratory birds.

A few months ago, in September 2016, the United Nations agency for food and agriculture (FAO) warned of the spread of a highly pathogenic avian influenza virus, HPAI H5N8 on Lake Ubsu-Nur, in Russia. A few weeks later the virus had reached India and Europe. This would be the fourth wave of intercontinental propagation of an HPAI virus since 2005; The last one was 2014/2015. It is assumed that the main “guilt” would lie in the movements of migratory birds.

This is somewhat controversial, however, but in this case would seem to be true. The first HPAI H5N8 detections in the most affected countries have been made in wild birds found dead in lakes or coasts, and only a few days or weeks later, outbreaks have been detected in poultry farms, mostly open range managed, but also in other animals exposed as birds of zoos, or raptors. This is what happened in Hungary where the index case, dead swan, was detected on 28 October and the first outbreak was reported on 4 November.

However, others insist on targeting industrial livestock and international trade as the main responsible for these outbreaks, which are frequent. And they are authorized voices, such as a scientific working group organized by the United Nations Environment Program / Convention on Migratory Species and the Food and Agriculture Organization (FAO), which consider that outbreaks of avian influenza are generally associated with intensive production and intensive poultry trade. It also seems consistent to doubt that a sick bird was able to fly long distances on the migratory routes; and it is much easier to believe that a chicken put on an airplane from China, a regular epicentre, and landed in Nigeria, a day later, can trigger an outbreak in a matter of days. This doubt fades when asymptomatic carriers come into action (in a few paragraphs we unravel its role).

So far the news should only concern those who are dedicated to the world of viruses, environmental virology, animal virology or epidemiologists. The problem is that, from Russia, the virus passed to Hungary (case index, or first case, is the swan found dead in Fehér Lake), Sweden, Finland, Holland, Poland, Germany where they have had to cull tens of thousands of ducks and geese and found the virus in more than 500 wild birds; Italy, Serbia, Croatia, Slovenia, Bulgaria, Romania, Greece, the Czech Republic, Slovakia, and Great Britain (where it has been detected in wild birds). The problem, however, is that we already have the enemy at the gates; we have it right across the Pyrenees (in south-western of France).

To contextualize, bird flu is a bird respiratory disease caused by viruses that can be roughly classified into low pathogenic avian influenza (LPAI) viruses, relatively common and highly pathogenic strains of avian influenza (HPAI), which are more serious because of the very high mortality rate that affected birds (mostly farm birds, but also susceptible wild birds).

Bird flu is common in wild waterfowl species, particularly in the LPAI version, but also affects, and in this case more apparent and visibly, many common species of poultry, including chickens, ducks, turkeys, geese, pheasants and quails, and also pet birds (parrots, cockatoos, and parakeets). Some species are more resistant to infection, particularly waterfowl, or they can be asymptomatic transmitters of the disease, that is, they can excrete or spread the virus since they propagate them in their bodies, without suffering apparent symptomatology, without being sick. That is, we can have HPAI-infected birds that can travel long distances because they suffer from infection asymptomatically, excreting and secreting millions of viruses per gram of faeces without affecting its fitness, its vital capacity. 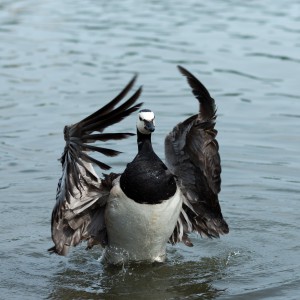 Avian influenza is mainly spread by direct contact between infected (but no hardly ill) birds and healthy birds or by indirect contact with materials or surfaces where the virus has been dropped (secreted or excreted). The virus is present in the faeces of infected birds and in the secretions of the beak (nose/mouth) and eyes. Therefore, all farm poultry kept on open farms, in yards, or in open-air extensions are susceptible to infection through faecal contamination of wild birds. This spread is more difficult for birds in intensive operations (closed in sheds or shelters) but not impossible since the virus is transmitted by aerosols, tiny droplets of secretions and faeces, easily transportable, and that can reach the interior of the ships. And here, they are right who point out that high density and mono-species concentrations (intensive farms) may be the perfect breeding ground for infectious diseases: Birds have less active or trained immune systems and have been selected by parameters that are not precisely related with their resistance to diseases or infections, but productive parameters. And, furthermore, there is no selection of weak individuals by natural predation.

The HPAI H5N8 virus make us frown, too, because it is in the same cluster as the H5N1 virus, which has caused hundreds of deaths in human beings. They share the same hemagglutinin, along with H5N6, also with serious human cases, some fatal, in China since 2014 (and two dead cats in Korea by ingestion of infected birds in late 2016). That is why it can not completely rule out its possible transmission to humans although for this it seems that some sequence changes would be necessary that as far as has been seen have not occurred … yet. In any case it would be the persons in direct contact with the birds and/or those responsible for the handling of the sick birds and their corpses who would be at risk of zoonotic infection. In no way can poultry products transmit the virus if, in the hypothetical case of being infected, they are properly cooked. Fortunately, the influenza virus is quite sensitive to heat treatments (frying, boiling) and desiccation.

But viral infections have health and economic components (I recommend reading SARS post) and it is the disturbance that generates not only in public health systems or veterinary health systems (this has a cost) but also in the production of poultry meat or derivatives.

The outbreak could be disastrous for the French bird population if it is not controlled, and it is for this reason that around 800,000 geese and ducks of open range farms (from the departments of Gers, Hautes-Pyrenees and Landes) have been ordered to be culled in the next two weeks. A large number of these animals were dedicated to the production of foie gras. And in France they know what they are talking about, a similar outbreak in 2015 caused a 25 percent drop in foie gras production, with economic losses estimated at more than 500 million euros.

And we leave a lot of things still in the way… to explain how to prevent outbreaks, or how to adequately respond to them, or detail with experimental data the low environmental persistence of influenza virus, but we will not make this post longer.

Because these, these are other stories.

For over ten years IRTA-CReSA  has developed a research line focused on avian influenza funded by competitive national and European projects. This has allowed us to develop a range of tools and techniques for laboratorial study of this disease, as well as various animal models to characterize the new flu viruses that appear (such as H5N8). Moreover, IRTA-CReSA also coordinates the monitoring plan for avian influenza in wild birds in Catalonia that monitors the circulation of influenza viruses in wild birds in the main wetlands of the country (Delta de l’Ebre, Delta del Llobregat and Aiguamolls de l’Empordà). Dr. Natalia Majó