Elucidation of the structure of an infectious prion 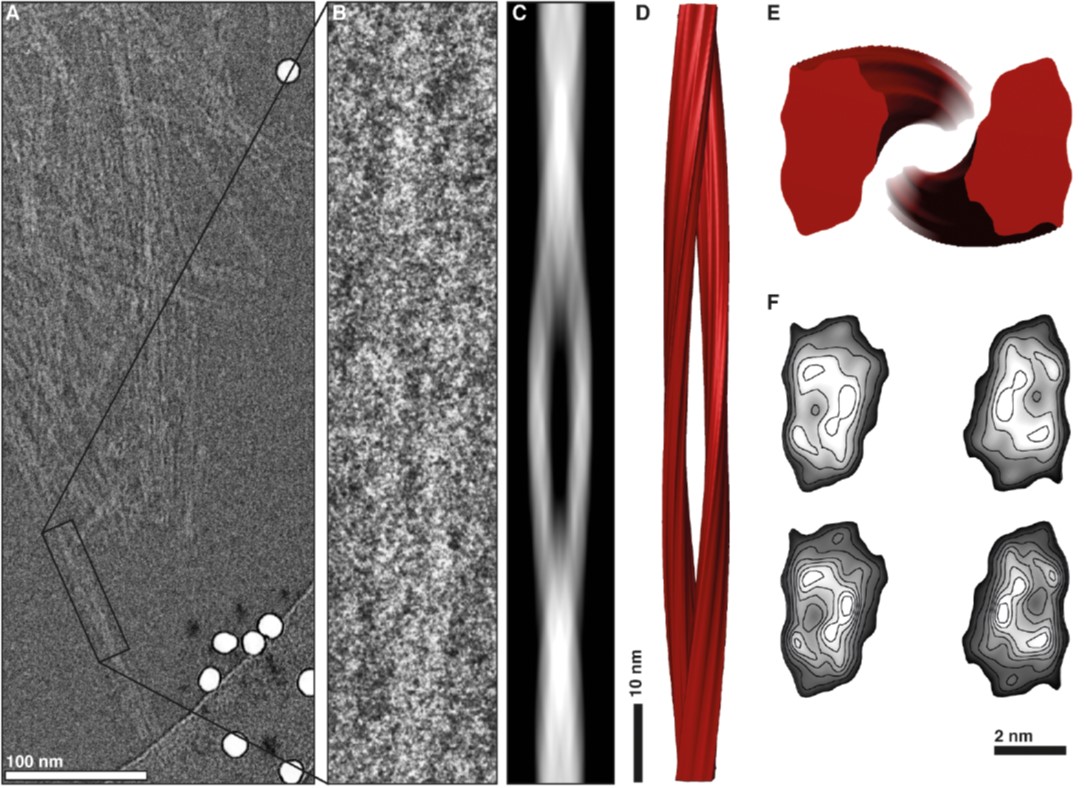 Prions, the agents that cause diseases such as Creutzfeltd Jakob disease in people or mad cow disease, are unconventional infectious agents. The main reason for this peculiarity is that, according to the most accepted theory nowadays, prions have no genetic material!

Viruses, fungi, bacteria… all these pathogens have a genome that can be studied and used to classify them, but prions are composed solely of protein. This protein, to further mess things up, is synthesized by ourselves, especially in our neurons, and located on their cytoplasmic membranes. What defines prion diseases (also known as transmissible spongiform encephalopathies) is that a pathological prion protein form accumulates in the brain and causes neurodegeneration.

So what differentiates the healthy prion protein synthesized by our neurons form the pathological prion protein that causes the disease?

Yet another question: where do prions store the information that defines which prion disease they cause? Because… it is not the same thing for a sheep to become infected with Scrapie or infected with bovine spongiform encephalopathy (BSE or the famous mad cow disease). In both cases this poor sheep will accumulate its own prions in its brain, but the disease will be different depending on which of the two prions it has been infected with.

Therefore, among us, scientists who study prion diseases, there are many who are engaged in trying to decipher the structure of prions. But this is not so easy. Pathological prions have a habit of making things even more complicated! It turns out that prions tend to precipitate and form aggregates and this has greatly precluded the study of its structure.

In a study, recently published in the prestigious scientific journal PLOS Pathogens, the structure of an infectious prion has been finally solved. Many turns were taken to accomplish this. A genetically modified mouse model of prion protein had to be generated that produced prions free of their membrane union. Then, those mice had to be infected and the infectious protein purified from their brains. And, finally, by means of cryo-electron microscopy and powerful software tools, it has been possible to define the structure of an infectious prion. 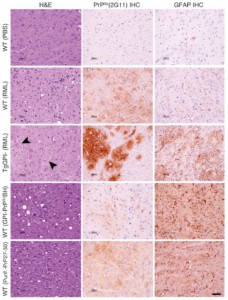 From IRTA-CReSA we have modestly contributed in this study by showing that, indeed, the analysed prion was infectious. We have done this by means of neuropathological and immunohistochemical study of the brains of mice inoculated with the same purified protein used to determine the structure. These experiments were carried out in PRIOCAT laboratory, located within IRTA-CReSA Level 3 biocontainment unit. A lab equipped with the biosafety conditions necessary to work with these pathogens.

The new data contradict many of the theoretical models of the structure of prions proposed so far and allow the formulation of the molecular mechanisms behind the prion replication of mammals with transmissible spongiform encephalopathies.