II. Labor Accidents: It shouldn’t be attributed to “bad luck” 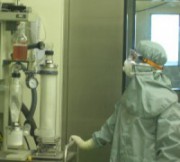 How we are saying in the previous post… Business leaders and workers have the general idea that the major causes for accidents are the result mostly of overconfidence, carelessness, bad luck … But, what does the experts think?

Experts have been developing different theories throughout the last 80 years. Let’s mention some of them, without being exhaustive:

In the 1931’s, Heinrich published the piece Industrial Accident Prevention, A Scientific Approach, in it the empirical discover is well detailed: the Heinrich’s law. This ‘law’ defends that in a workplace, for every accident that causes a major injury, there are about 30 accidents that cause minor injuries and 300 accidents that cause no injuries. He claimed that because many accidents share common root causes, acting on incidents, which it are common, the usual injury accidents could be avoided. Heinrich states that accidents occur due to technical reasons and/or human causes, but mostly for what he calls unsafe acts (consequently, for “individual” reasons).

Henrich proposes “five-factor accident sequence” and each one will act over the following in a similar way as the dominoes does when falls over another, as we will show below:

Heinrich suggested that, just like occur when we remove a piece from domino row it will interrupt the fall sequence, if we eliminate one of the factors, the accident could be avoided, as well as the damage resulting from the fall. In this context, the piece which the withdrawal was essential was the number 3. To reach this conclusion, Heinrich studied many accidents reports, but those were written only with the vision from the supervisors and they tend to blame the workers, without do a detailed investigation on the root causes. In his defense, Heinrich pressured the employers to be strict in the risk controls with the aim to reduce the frequency of the accidents. Therefore, he consider that safety begins with safety on the machines and tools, in the processes and environment, also he defends that it is the company responsibility the control of unsafe acts, because such acts happens under the direction of the someone who is in charge.

The Human Factors theory considers that the “human error” is the visible cause; however, recognize three groups which organize these visible causes:

It can be a normal response of the workers capacity, training and/or mental state/concentration. Also it can produce for an incidence of fatigue, stress and/or the physical condition according to the workload assigned. This balance is also conditioned by environmental factors (noise, temperature, lighting, source of distractions, etc.), Internal factors (personal problems, emotional stress, other concerns, etc.) and situational factors (the activity is a novelty, lack of instructions, risk level)

Take importance away from possible dangers, breach of agreement on safety procedures, obstruction or cancellation of the protection system, ergonomic incompatibility with the device or workstation (size, required strength, height, etc.)

Performance of the work without a correct, erroneous assessment of the risk level, Superman Syndrome (It will not happen to me!).

In this theory, the collective element is a piece of the causality on the accidents rate, following the multicausality principle.

A third theory (which it is not the last one) considers the accident as a social phenomenon. And to explained, we are going to attend to Swiss cheese, envy for many rats and mice. 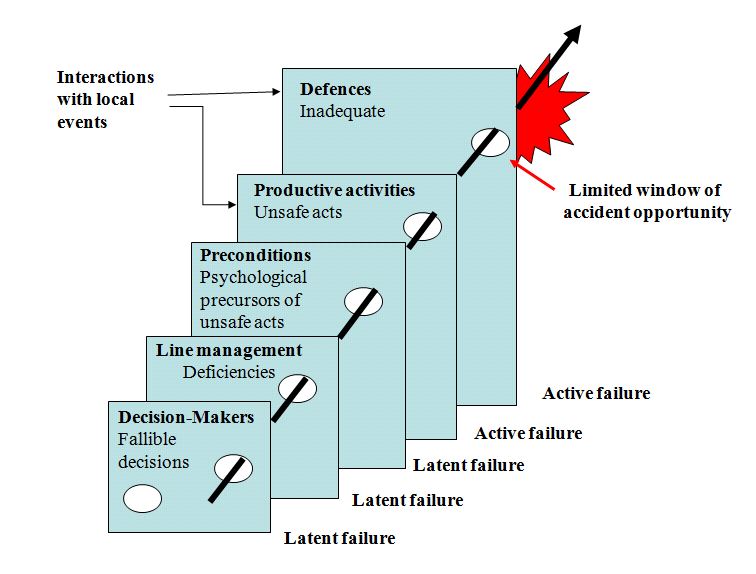 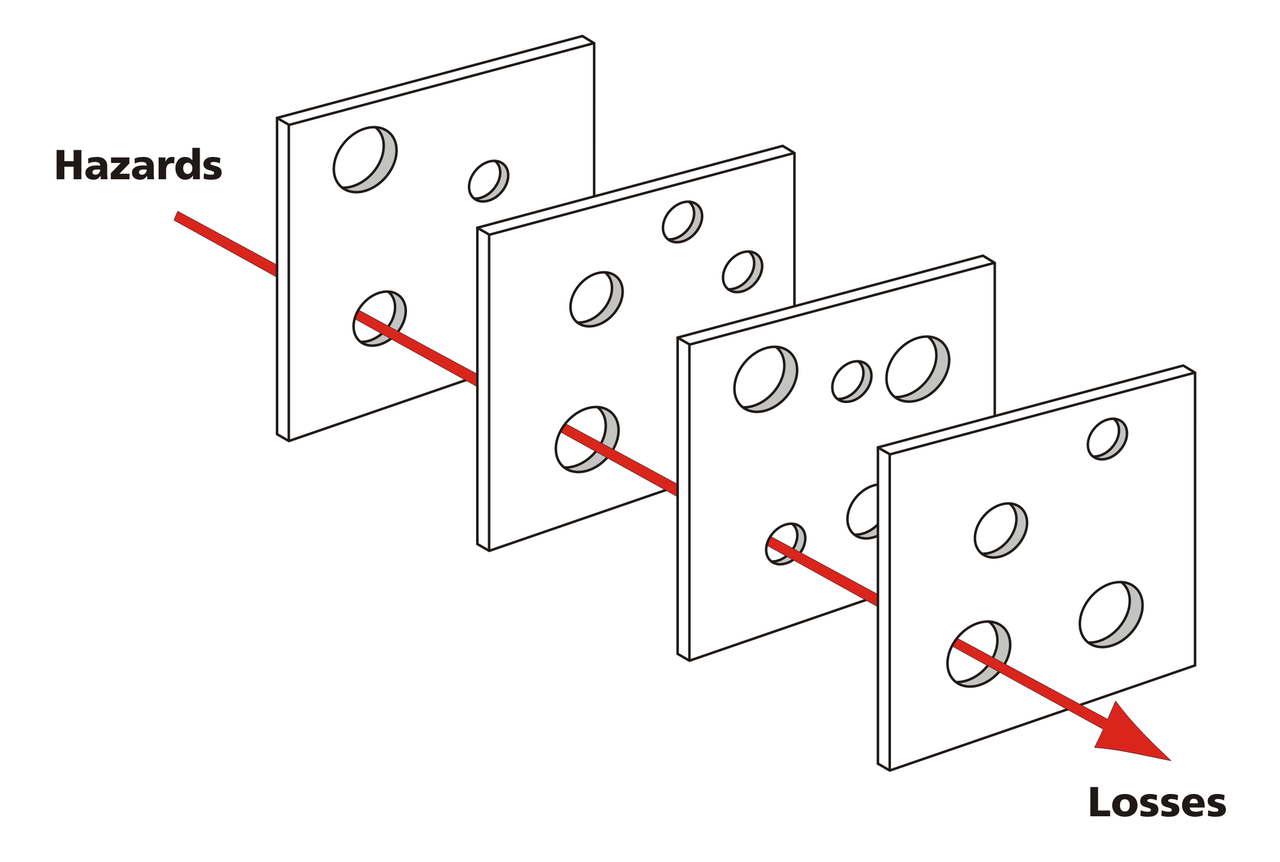 This theory tries to explain the causality on the accidents, and it is also present in the basis of the risk analysis and in the risk management. As we can see (Figure 1), it is possible to distinguish between two centrals failures typologies: latent failures and active failures. Inside the latent failures we have the fallible decisions from the decision-makers, the deficiencies in communications or interpretation from the intermediate leadership and managers (line management) and even the psychological or conditioning precursors of each worker. These failures are crouching, asleep for weeks, months and even years until they carry or contribute towards the accident, as they have not been previously corrected.

Inside the active failures we have the unsafe worker behavior and the misuse or neglect of the individual protections elements, or the modification, or cancelation of the machines protections, essentially the manly used ones. All this failures are represented as the holes in the different slices of the cheese. These holes are changeable in size, as well as in position, but it can also momentarily align allowing the opportunity trajectory to the accident.

Finally, the Functional Resonance Accident Model (FRAM), from Hollnagel (2004), is a more complex model than those explained in this article and it can be considered the first attempt to modelize  the accidents under three-dimensional coordinates, away from the linear or sequential models. This FRAM recognize different factors or forces (humans being, technologies, latent conditions, barriers) which cannot be combine in simple ways.

From all it, we can see a evolution from the individual point of view (worker) to the collective/social (organization) point of view. We see, also, a evolution from the considerations of “bad luck” of “fate” (what a nonsense!) to the failures of the organization, the lack training or the interaction human-machine/technology. Finally we have moved from the initial linear models, suggesting that one factor led to another, and the newest to another until it were lead to an accident, to the emerging complex not-linear models, models that hypothesize the concurrent performance of multiple factors and its combined influence are the main responsible for the accidents.

The accidents are the phenomenon caused by errors committed by many people, but the health damages provoked tend to concentrated in one or very little people. In other words, in our field the accidents usually are naturally individual, but it has, clearly, a collective root. Therefore, the implication most became from all the organization and must be included in its management to reduce its incidence and the mitigation of its effects, since the “0” risk does not exist, as obviously everybody knows.

P.D.: Now, please recover the paper and seek the three causes you wrote in the previous article. Do you still think they are the same? Have you felt a change in your perspective? Either way, please, you must remember that we are individuals and that we need is to push his/hers/ours organizations to manage the issue collectively.