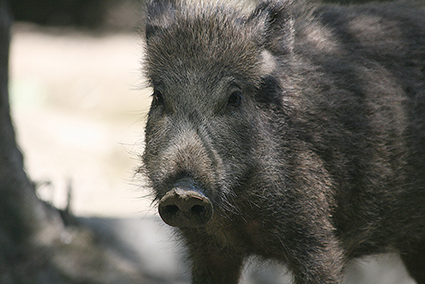 Today we had dinner over the sad news of the first case declared of African Swine fever in the South of Belgium. Just a few hours ago we learned that the virus causing this disease, the African Swine Fever virus (ASFv), had been diagnosed in two wild boars. In the absence of new data, everything is speculation. The most plausible explanations for the origin of these infections would be the direct infection of these animals by products contaminated with the virus from infected areas (“again the man is to blame”). Any other explanation would open rather uncomfortable questions to answer.
All those over the age of 40 have more or less vivid memories of what it meant for our country the scourge of the ASF, a disease that we were only able to contain after 40 years of drowsy struggle, leaving a toll that we can not afford again nowadays. Just 10 years after being eradicated from continental Europe, the VPPA re-entered Europe through Georgia and since then, we have been unable to stop its progression. Today we find ourselves in front of a sad panorama: The ASFv is endemic in Eastern Europe, it has already been diagnosed in 9 countries of the European Union and recently also in China, where the virus expands at a dizzying pace, threatening the first swine industry of the world. Meanwhile, the ASFv is wide-ranging in sub-Saharan Africa without anyone paying attention and preventing the pork industry from taking off as it should.

While it is true that the threat of the ASF is much closer geographically than ever, not all news are bad. The pig sector in our country has evolved exponentially in recent decades to becoming one of the strongest and most advanced in the world and today, the biosecurity measures implemented on our farms are undoubtedly our best ally against the ASFv.

I recently had the privilege of sharing a round table on PPA with Dr. Klaus Depner in the context of the congress of ESPHM2018 recently held in Barcelona and organized by IRTA-CReSA. The title of his talk: “Is the ASF a disease caused by man?” Summarizes his findings very well. Contrary to the general belief, ASF is NOT always a HIGLY CONTAGIOUS disease, especially when compared to Classical Swine Fever or Foot-and-Mouth Disease, whose viruses are transmitted much more easily. To be transmitted, the ASFv needs direct contact, corroborated evidence in our own CReSA facilities. Transmission through air, for example, is much less efficient than for the other two previously cited viruses.

So, friends, the best we can do today is to make sure our animals are not in contact with possible contaminated material. The BIOSECURITY concept, which has sometimes not been taken too seriously, is more necessary than ever. If you have to change clothes 17 times and use 80 pairs of gloves a day, do not hesitate to do so and if you have questions, go to the competent authorities. We can always contribute our granite sand and advise you in what is in our hands.

Finally, a last bit of hope. It is true that today there is no vaccine, but if someone tells you that it is impossible to obtain it,  do not believe them. It is possible, and hopefully rather soon. What I ask from here is that we always keep in mind that there is no vaccine (and I do not speak only about ASFv) without investigation and that there is no development that is done in two days. Lets join our efforts so that in the future, the phrase: “to prevent is to cure”, becomes a reality.

You can visit the Slaughter Support Network Blog, the SESC Case Arechive, to familiarize yourself with images of the most typical ASF and CSF lesions.