According to a report from the Ministry of Agriculture, Fisheries and Food of Spain (MAPA), the circulation in areas close to our country of diseases such as: African Swine Fever (ASF) and Classical Swine Fever (CSF) put Spanish swine farms at high risk  of a  possible entry and dissemination of this type of infectious-contagious diseases. To this end, the correct application of biosecurity measures at all levels will allow maintaining the high sanitary standards that guarantee the Spanish pig sector remains among the largest pork producers and exporters worldwide. Another type of awareness-raising measures such as holding technical seminars are of great value within the disease prevention action plans.

Considering the current situation of ASF in the European Union, we have proposed to update the issue to Veterinarians of Catalonia to raise awareness of the importance of establishing preventive measures within the knowledge of the current situation of the ASF virus, the characteristics of the virus, its transmission pathways, the pathogenesis of the infections, the different clinical forms, as well as the importance of rapid diagnosis and biosecurity measures to prevent and, where appropriate, establish a control program as soon as possible if necessary.

What is the African Swear Fever?

ASF is a contagious disease that affects domestic pigs and wild boar, some endemic swine species in Africa, such as Phacochoerus , Potamochoerus and giant forest hogs, act as reservoirs of the virus in this continent. The ticks of the genus Ornitodorus (Ornitodorus moubata in Africa and Ornitodorus erraticus in the Iberian Peninsula) can act vectors of the virus and where also the ASFV can also multiply. This virus does not infect humans.

ASF  was eradicated at the end of the 20th century from many countries of Europe, remaining exclusively since 1978 on the Island of Sardinia. In the case of America, there were several epidemics in the Caribbean region and Brazil, and they were also eradicated. The situation in Africa is different, because in this continent the virus has been circulating endemically for many years. It is known that since 2007, a genotype II virus of ASF, which circulates in the south-east African zone, was introduced in Eurasia, initiating an epidemiological situation of high sanitary risk in Europe. Since then, ASF has spread mainly through infected wild boars to other European regions which were then free of the disease, such as Belarus, Ukraine, Lithuania, Latvia, Poland, Romania, Czech Republic, Hungary and recently Belgium and China. 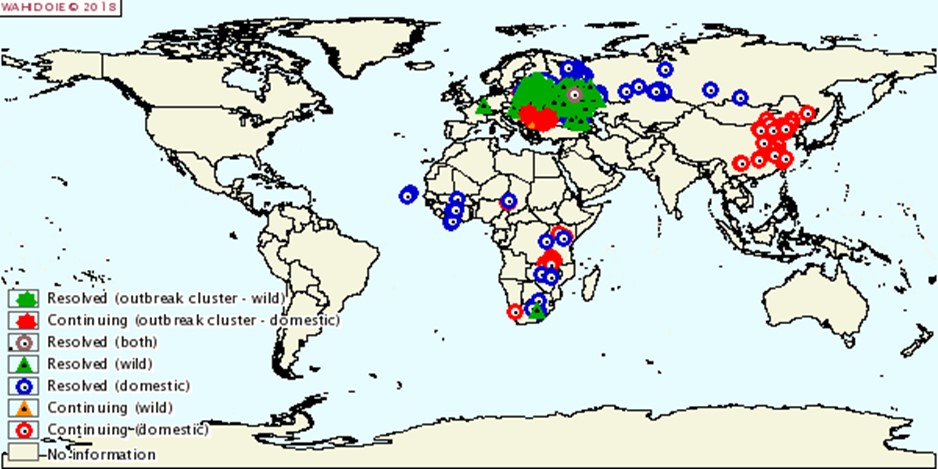 The case of Belgium, a worrisome situation

Since from September 9 to October 30 more than 100 dead or slaughtered boars have been reported in which the presence of the ASFV has been confirmed. Those have been detected in an area very close to the border with France and Luxembourg. As yet, there are no effective vaccines to control it, so far the only way to prevent the problem is to maintain a strict biosafety and be attentive to make a quick diagnosis. One way to prevent is achieved by knowing well the characteristics of the virus, as is, for example, its high resistance. 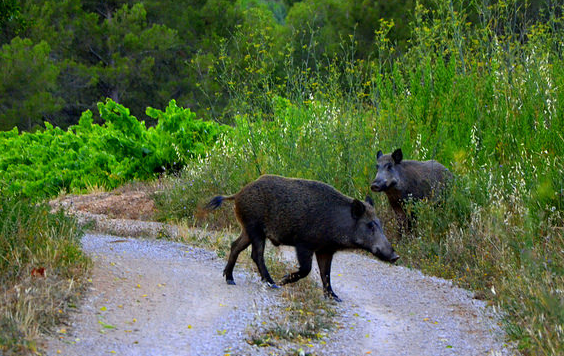 About the virus and its transmition

The ASFV is a DNA virus with a highly complex structure, it is the only member of the family Asfaviridae, genus Asfivirus. The viral particle has two envelopes, which gives itan extraordinarily high environmental resistance.

The virus is transmitted mainly directly, between healthy and infected animals, usually following the oro-nasal route, although other routes of infection are also possible, such as via scratches and abrasions of the skin. By intramuscular, subcutaneous or intravenous route, which is produced by the bite of carrier ticks. Indirect transmission pathways are also very relevant and can maintain the persistence of the virus in the environment. These consist of  food (pork) contaminated with the virus or waste containing infected pork meat, biological vectors, or by fomites, including clothing, footwear or vehicles used in transporting animals that are not well disinfected.