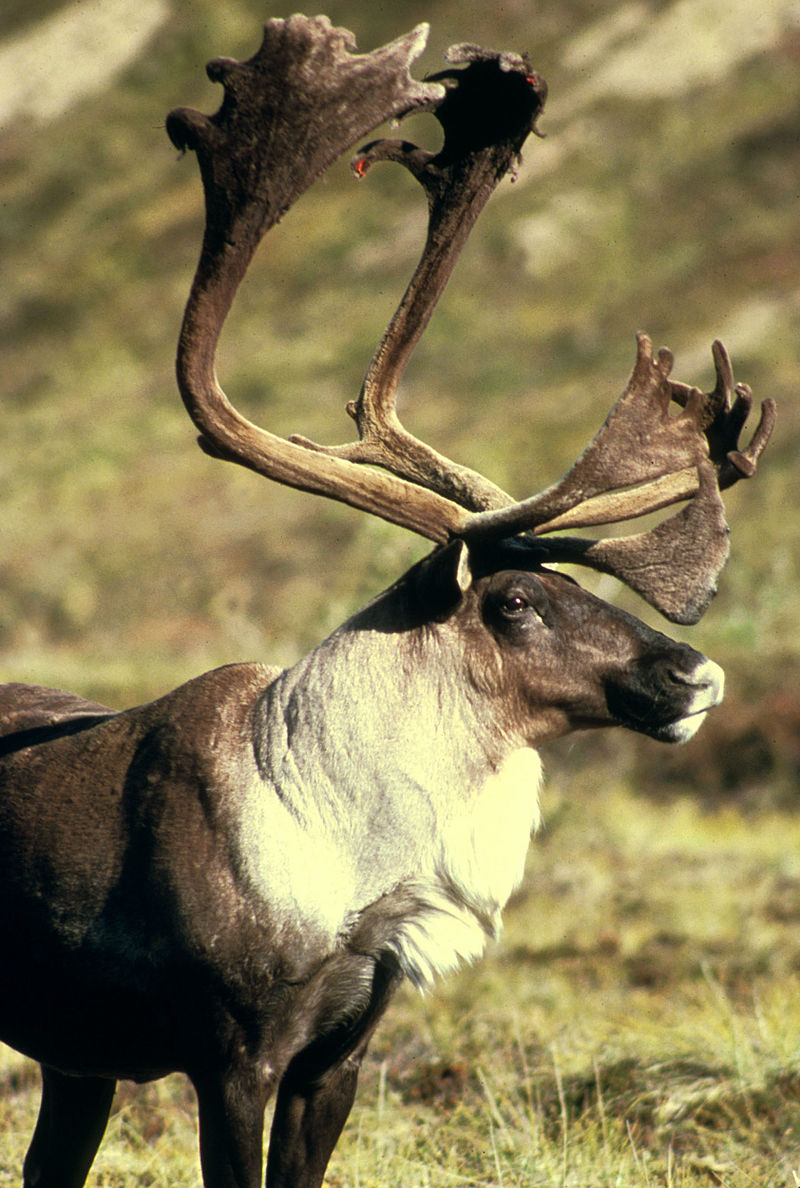 Last week the discovery of a case of Chronic wasting disease (CWD) in a Raindeer (or Caribou, Rangifer tarandus) was published on the website of the Norwegian Veterinary Institute.  The news is interesting for two reasons: it is the first time this disease has been described in Europe and it is also the first time that a field case has been described in this species.

CWD is a prion disease, here in Europe we know mad cow disease (bovine spongiform encephalopathy – BSE) and Scrapie of sheep and goats. These are neurodegenerative diseases of fatal outcome, characterized by the accumulation of a pathogenic conformer of the prion protein in the brain. Experimental data indicate that the zoonotic risk of CWD (ie that this disease can affect people) is very low. 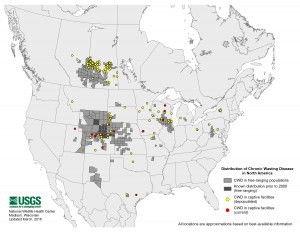 Map of distribution of CWD in North America Credit: USGS

PRIOCAT laboratory is located within CReSA’s Level 3 biocontainment unit, it is a laboratory specialized in analyzing animal prion diseases including cattle, sheep and goat brains of the animal Transmissible Spongiform Encephalopathies (TSE) surveillance program in Catalonia. In addition, in collaboration with the Ecopathology and Wildlife service (SEFaS) of the Veterinary School of the UAB we also have been analyzing, for the past years, brains of wildlife found dead in Catalonia, including several species of deer potentially susceptible to CWD. Always with a negative result.

But, why does this prion protein accumulate in the brains of animals?
Prion diseases can have different origins:

Now, the brain of this reindeer must be studied to establish in which of these categories the new case reported should be classified in.

It is a spontaneous event in this reindeer? This seems one of the most plausible cases, since so far it had not been diagnosed in the continent.

Is there a real risk that the disease is established in European deer population? Wildlife monitoring must continue to rule out this possibility.

It is possible that this reindeer had been infected by BSE or Scrapie? There is a transmission barrier between species which hinders the spread between different species, but this option cannot be ruled out as it has happened in the past, for example BSE from cattle to humans, cats and goats.

The scientific journal Nature has recently published this news.