About pigs and the evolution of prions 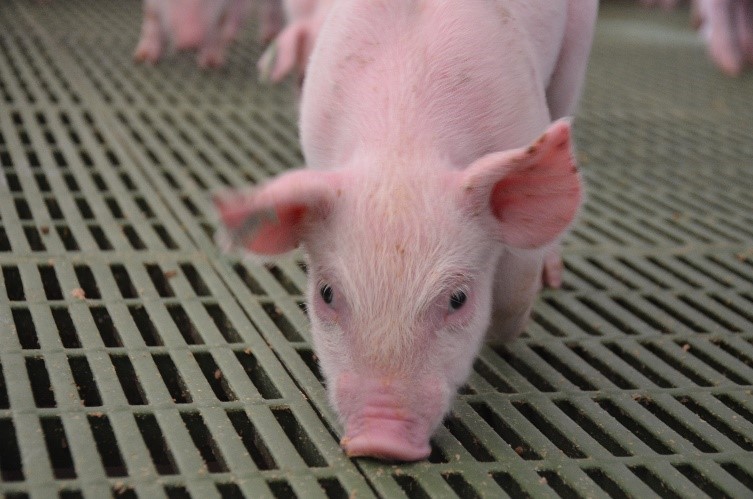 It has been more than 20 years since the “mad cow disease” crisis broke out, and although scientific knowledge about prions has advanced a great deal in this time, prions are still an enigma to be solved.

We know that prions are proteins that accumulate in the nervous system causing neurodegeneration and death but also act as an infectious agent. And one of the most stunning things is that the same host can suffer from different types of prion disease even though the protein that accumulates is synthesized from its own genome. And this is one of the key points of the puzzle: Where is the information that differentiates one type of prion disease from another encoded? Once it has been ruled out that this information is contained in nucleic acids, the current hypothesis postulates that it is the structure with which these prions are misfolded and aggregated that determines the final phenotype of the disease.

In these years and after countless experiments and studies, it has been observed that when a prion jumps from one species to another, certain changes in its pathobiological properties can occur. We recently gave you an example: our experiments indicated that prions isolated from cases of atypical sheep Scrapie, when they infected a bovine host adopted the characteristics of classical Bovine Spongiform Encephalopathy (BSE-C); this could be an explanation for the origin of “mad cow” disease.

Recently, in the framework of the REDPRION project (Interreg-POCTEFA co-financed by the FEDER) and in collaboration with colleagues from the RLASB (CISA-INIA/CSIC) we have published in the journal Scientifc Reports a new paper in which we experimentally inoculate pigs, a species of low susceptibility to transmissible spongiform encephalopathies (TSEs) also with the causative agent of atypical sheep Scrapie. The study was led by Dr. Rosa Bolea of ​​the University of Zaragoza.

These pigs never became ill nor could an EET-compatible pathology be observed. In recent years, however, very powerful in vitro prion amplification tools have been developed, one of which is protein misfolding cyclic amplification (PMCA). PMCA would be the equivalent of a PCR but on misfolded proteins instead of nucleic acids. This technique not only allows prions to be amplified from very low initial concentrations but also allows the strain characteristics of the amplified conformer to be maintained. The fact is that in these asymptomatic pigs prions could be amplified from brain samples. The characteristics of these amplified prions did not resemble those of the atypical sheep Scrapie of the inoculum but had the characteristics of BSE-C, this result confirmed previous experiments performed on transgenic mice expressing the porcine prion protein in which this change of properties also took place.

So, what these experiments show is that prions of atypical sheep Scrapie, a disease of supposed sporadic origin, when they jump to other species (bovine or porcine) modify their biological properties to become BSE-C prions, one of the most relevant changes is its acquired zoonotic capability as BSE-C prions are known to cause the variant Creutzfeldt Jackob disease (vCJD) in humans.

This interspecies transmission could therefore be an evolutionary mechanism for prions.

Another example is found in the case of prions of atypical BSE cases. These cases are assumed to be of sporadic origin and have limited zoonotic capacity. But when these bovine prions infect a sheep, they undergo a change that makes them able to infect humanized transgenic mice very efficiently. 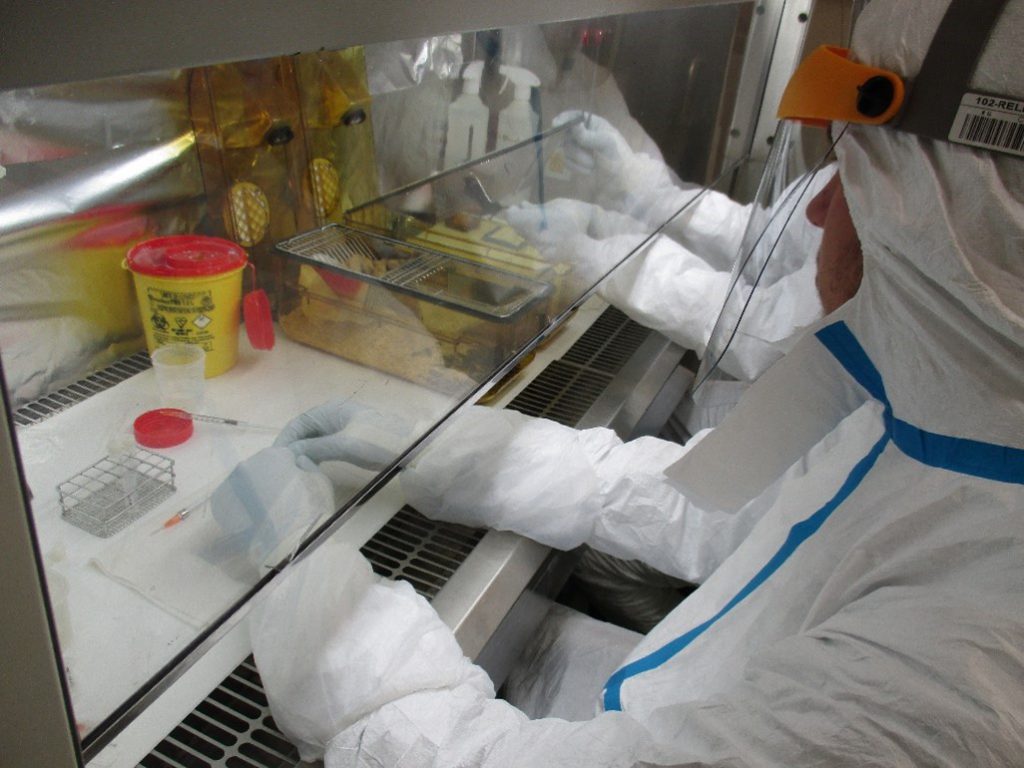 The line of research of prions that we carry out in the high biocontainment unit of IRTA-CReSA is also focused in this area.

On the one hand, we are developing in collaboration with the CISA-INIA/CSIC and CIBERNED teams the ATYPRION project, funded by the Marató de TV3  Foundation in its edition of Infectious Diseases, in which we evaluate the zoonotic capacity of cervid’s chronic wasting disease (CWD) prions after its passage through human consumption species such as sheep or cows. The goal is to test whether CWD prions are able to infect humanized transgenic mice after making the jump to livestock species. The good news is that in the two years we have been on the project we have not yet gotten a clear infection in the first passage of these bioassays, but there are still ongoing experiments and a lot of tests to be done.

On the other hand, we are developing another study, in this case funded by the Ministry of Economy, Industry and Competitiveness (AGL2017-88535-P) where, using different isolates of sporadic human prion disease, we inoculated transgenic mice with the ovine cellular prion protein with the aim of ruling out that these human cases of sporadic origin actually have a zoonotic origin in sheep prions. In the three years of the project, neither of the two models of ovine mouse used has become ill in the first passage, at the time of writing this post we have already begun to inoculate the second passage of these bioassays.

We are confident that the results of this line of research will one day help us understand these diseases for which, to this day, we are still far from achieving a treatment that prevents the death of people or animals who suffer them.