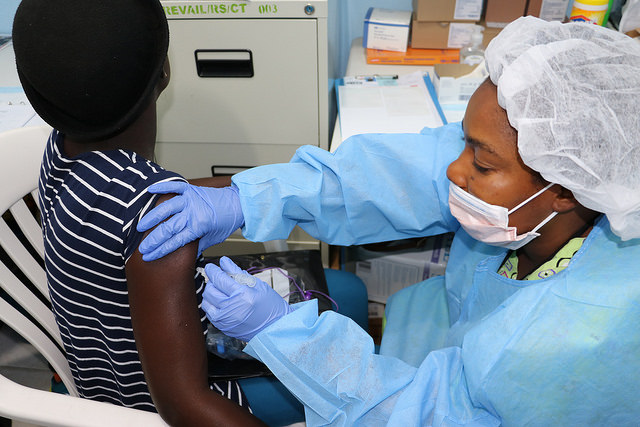 This is the fifth (false) month of a new outbreak of Ebola in the Democratic Republic of the Congo (DRC), a country that has already experienced ten epidemics for this virus throughout its history. In fact, the virus was discovered there in 1976. And it is not being given excessive importance, assuming it will be solved as precedents. And maybe yes, but…

The last Ebola epidemic between 2014 and 2016 left the bar so high. More than 28,000 affected and more than 11,000 deaths. Why do we have to worry about an outbreak that now goes through about 550 cases and “only” 310 dead ones? The devil is in the details; It is necessary to worry, and take care, because this outbreak is different from the previous ones. There are things that go better and others that go worse, much worse, and all of them have to do with us, humans.

According to the World Health Organization (WHO) this is the the fifth month of the outbreak (officially declared on the first day of August)… well, this is not quite true. The outbreak probably originates from 6 to 8 weeks before its official declaration. Even so, it must be said that the international response already burdened by the outbreak of Liberia-Guinea-Sierra Leone and another that took place in the DRC a few months earlier has been faster and more active. Basically, and independently of the treatment centers open to clusters (group of people affected), an approach that has already been learned in the outbreak 2014-16, experimental treatments and an experimental vaccine are being administered, from Merck, which goes Get relatively late in the outbreak of 2014-16. In addition, it works with the community leaders and they try (the nick again) to make sure burials respected as far as possible by local traditions. Burials are one of the hot spots in Ebola transmission and cases of infected corpses are still reported reported to relatives of hospitals and funerals to bury them “in their own way.” 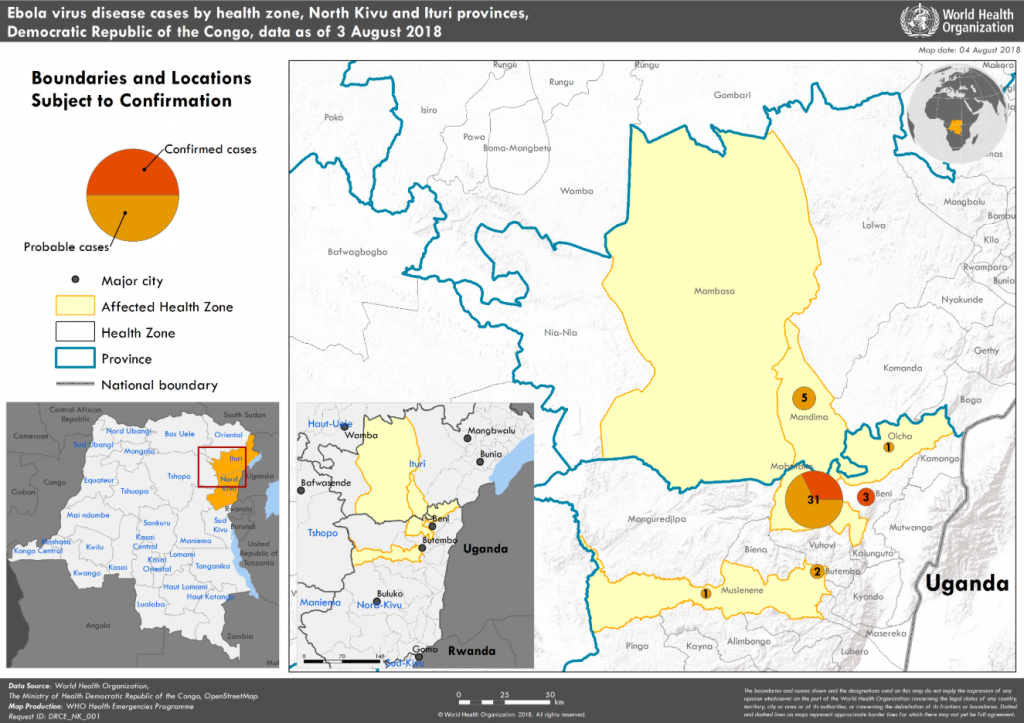 The experimental vaccine, not yet licensed, has already been administered at the time of writing these lines to more than 45,000 people. It is not a general vaccine, the batches produced do not give vaccination to everyone and the approach is to vaccinate the whole population at risk, such as health workers and first-barrier collaborators (treatment of the sick) and all relatives and known who have been in contact with probable or confirmed cases. It is what is called a ring vaccination, it is vaccine for everyone who has been in contact with a case to stoke the spread of the virus; The only two exceptions are pregnant women and children under two years of age, applying the precautionary principle.

More than 240 vaccination rings have been made. And it is not a new strategy, it was already used for the eradication of smallpox (smallpox). The logistic effort to administer this vaccine is one of the great achievements, with claroscuros, because the vaccine is stable … in freezing (-60 to -80ºC). The health authorities of DRC estimate that this vaccination has saved thousands of lives … in hot areas, such as the city of Beni, the R0 index, which gives an idea of ​​the number of people that an infected person can infect is kept around of 1; when an infected area is really “hot”, this index is between 2 and 4. Therefore, in the absence of a vaccine, we would not be so far in the number of those affected and dead from the outbreak of 2014-16.

And we also have experiments treatments based on three antibodies (the monoclonal mAB114, the MappBio ZMapp, a regeneron mAB) and an antiviral, remadeivir or GS-5734, which have been applied to more than 160 people. Ethical considerations aside, because they are administering jumping or compressing stages of review or trials, these tests can add tools to the arsenal to face the Ebola virus. 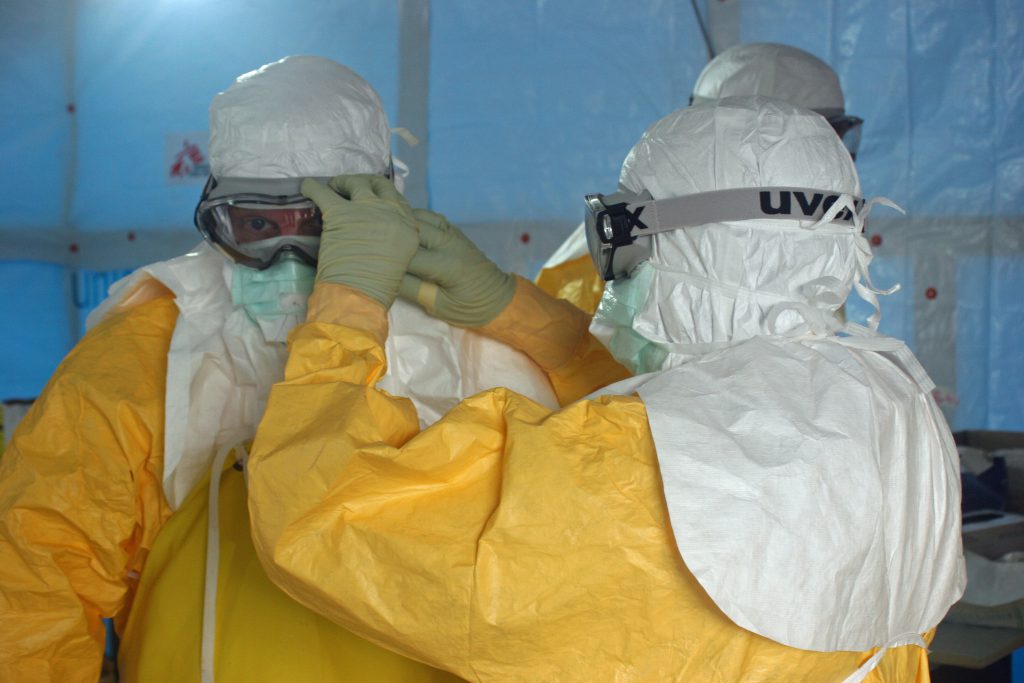 But here’s the good news and the bad start. The situation in the field is very worrying because the outbreak has unleashed in an area with a well-armed armed conflict. The cases are concentrated in the north of the country, near Uganda, in the regions of Ituri and North Kivu, near Virunga National Park. The difficulties of the medical teams that are shot several times per week by rebel groups can already be supposed. UN sanitary workers and blue helmets have died. This has generated unacceptable areas where cases of infection have emerged; In these areas, trying to vaccinate or get it to anyone who needs it is simply impossible, and contact monitoring is better not to speak. Additionally, the virus has arrived and is generating victims in two cities that are heavily populated in the area, Beni and Butembo.

The epidemiological surveillance and health system of the DRC is low, and is not explained solely by the “poverty” of the country, but by its corruption. Another factor of aggravation exclusively human. This has generated distrust among the population of the area that prefers to resort to people who practice alternative treatments that are completely ineffective, which does not stop, but that even escapes the epidemic. In short, an epidemic that is not under control, which adds tens of weekly cases without breaks and without a prospect of slowdown. And one of the worst indicators is the continued appearance of “mushroom” cases, cases that can not be assigned to any known transmission chain, which leads to the conclusion that there are unknown transmission chains with uncontrolled infected.

But to end the epidemic, it would be necessary to end violence before, and, alas, that is, it is beyond our imagination capacity right now. A scenario of Ebola virus chronicity with continued cases would not be disposable and incorporate undesirable variables, for example that a continuous circulation of the virus ends by selecting a mutation that is unfavorable to us as a human spice. Additionally, the more circulating the virus the more likely it is to spread to Uganda (where hundreds and thousands of DRC refugees are malvoured) or Sudan of the South, making the problem even more fat and less manageable.

There are reasons to be worried, it is very similar to a perfect storm (and I do not say so, says Peter Salama, the head of the WHO Health Emergency Program). We have it for many months.