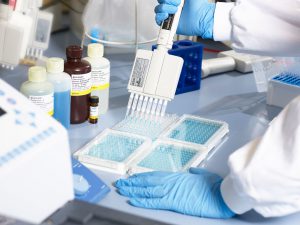 The Research Network in Animal Health (RISA), is coordinated by the Network of High Biological Safety Laboratories (RLASB) and has the participation of universities, research centers and the Vet+i Foundation, to promote technology transfer and scientific dissemination in animal health.

Last February, the High Biological Safety Laboratory Network (RLASB), a Singular Scientific and Technical Infrastructure of Spain (ICTS), participated in the call for the creation and development of Research Networks, through the creation of the “Research Network in Animal Health” (RISA). This call, whose concession resolution was published on November 25, including RISA as one of the funded projects, is aimed at the implementation of activities that improve and consolidate the results of R & D & I in a thematic area of knowledge, in the case of RISA, in animal health, that encourages the collaboration of researchers with common objectives and that requires a multidisciplinary approach.

This Network, which brings together numerous researchers dedicated to Animal Health in Spain, is created with the intention to enhance the synergies between the different research groups in animal health Spanish, with experts in disciplines as varied as entomology, epidemiology and animal welfare, among others, all complementary, to achieve a more rational, responsible use and optimized resources, guarantee animal health and welfare and therefore, public health. Among the m Members are the Animal Health Research Center (INIA-CISA) and the Animal Health Research Center (IRTA-CReSA), nodes that make up the RLASB coordinator, and also universities, research centers and experts in various disciplines of animal health, such as the Center for Veterinary Health Surveillance (VISAVET) of the Complutense University of Madrid, the Basque Institute for Agricultural Research and Development (NEIKER), the Institute for Research on Hunting Resources (IREC; of the University of Castilla-La Mancha and CSIC), the Doñana Biological Station (EBD) of the Higher Council for Scientific Research (CSIC), the Regional Service of Agrifood Research and Development of the Principality of Asturias (SERIDA), the University of Zaragoza , the University of León, the University of Extremadura and the University of Córdoba. In addition, it has the Vet + i-Spanish Technological Platform for Animal Health, as an outreach partner, since it integrates all public and private agents linked to animal health in Spain: producer organizations, the scientific and academic community , the veterinary profession, the public administration and the animal health industry; ultimately facilitating the cohesion of the group and guaranteeing the dissemination and internationalization of Spanish R & D & I actions in animal health.

In the coming months, the activities scheduled in the RISA Network will begin, which have a planned duration of 2 years, among which will be carried out a series of initiatives on topics of great relevance for research in animal health (innovation, biological safety, One Health, etc).