Where does MERS-CoV hide? 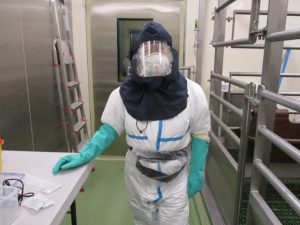 Symptoms in humans range from mild to moderate (fever, cough, respiratory problems) or very serious, even causing the death of the individual (30% of cases). The main reservoir of the virus is the camel, but recent studies have shown other animal species, such as alpaca, llama and pigs to be susceptibility to infection with MERS-CoV (Emerg Infect Dis. 2017 Feb; 23 (2 ): 232-240; Emerg Infect Dis. 2016 Jun; 22 (6): 1129-31; Emerg Infect Dis. 2016 Jun; 22 (6): 1031-7). The fact that a particular animal species is likely to become infected experimentally with a given virus (MERS-CoV, in this case) does not mean that it can transmit the virus, but it is important to study its possible role. To determine this, transmission studies are needed, as well as virus excretion and persistence of virus in the environment. To carry out these investigations some security measures are required, such as working under biosafety level 3 (BSL-3) facilities and work under strict conditions, wearing personal protective equipment specific to work with such pathogens (see picture above). At the Center for Research in Animal Health (Centre de Recerca en Sanitat Animal) there are laboratories and animal facilities under BSL-3 conditions. 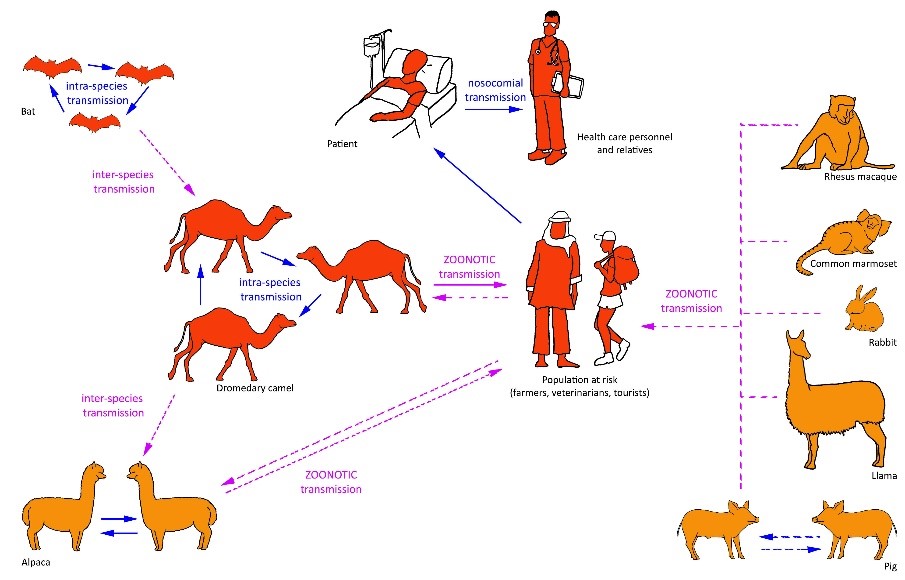 Animal species susceptible to MERS-CoV infection and virus hosts or potential host (One Health (3):34-30). Click on the image to enlarge it.

In a recent article published in the journal One Health, researchers from IRTA-CReSA have reviewed studies about the different animal species susceptible to MERS-CoV and, therefore, potential hosts of the virus. The review describes experimental infections conducted in camelids (camel, alpaca, llama) and other species of non-camelids, which are susceptible to experimental infection with MERS-CoV (pig, rabbit, non-human primates) (Figure 1). In addition, it discusses the possible role that these species could play as intermediate hosts of the disease.

Apart from the epidemiological aspect, several research groups are interested to study animal species susceptible to MERS-CoV to have animal models that can replace the camel in laboratorial studies.

Currently, MERS-CoV-research team at IRTA-CReSA is carrying out studies to assess the importance of the virus receptor, DPP4 (Dipeptidil peptidase 4), its distribution and its role in host susceptibility and MERS-CoV pathogenesis. In addition, we highlight the importance of epidemiological surveillance, such as prevention and control of outbreaks. In order to develop a suitable monitoring program is important to have information about which species play or can play an important role in the transmission of MERS-CoV.