Can dog and rabbits go mad as cows do? 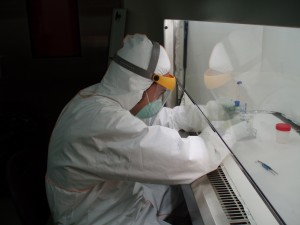 When the “mad cow” crisis started the researchers studying these diseases found that prions, the agents which caused it, could affect not only cows but also people. Field cases were discovered of cats and goats infected with “mad cow” disease. In addition, experiments were conducted that showed that species such as sheep or laboratory animals such as mice, could also be infected.

But CReSA researchers, working with researchers at the CNB in Madrid and CICbioGUNE in Bilbao, took an interest towards other species … rabbits and dogs. These animals, so close to people, had also been exposed to “mad cow” prions, but they never became ill … were these species actually resistant to prions?

A number of laboratory experiments were conducted which allowed us to demonstrate, in a test tube, that both dog and rabbit brain prions could be transformed into prions similar to the “mad cow” ones.

The next step was to test whether these new prions were as dangerous as those coming from cattle. Therefore, in the biocontainment unit of CReSA, transgenic mice were inoculated with them. The results of these experiments demonstrated that dog and rabbit prions were essentialy identical to mad cow disease prions. That is, they could be infectious for cattle and, most likely, for humans.

These results should be taken into account and it must be ensured that these species do not eat feed potentially contaminated with cattle prions.

This study has been published in the prestigious journal “The Journal of Neuroscience”. It can be found here. 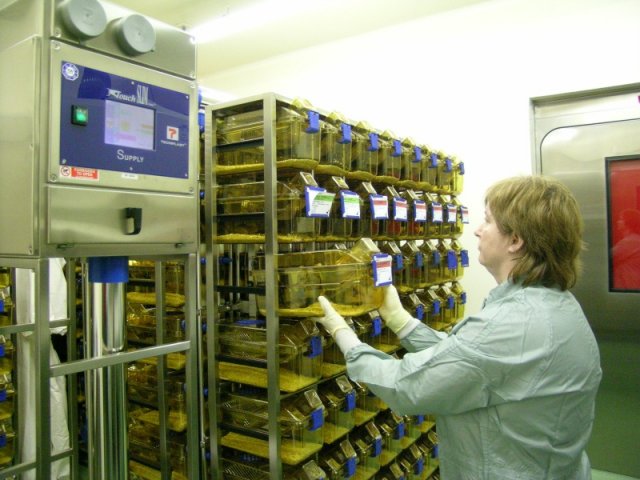