Since 2001, the Pyrenean chamois suffer the border disease virus with 80% of mortality. Now, a study made by IRTA-CReSA and the UAB reveals that chamois from the Ripollès region do not suffer this disease because they have a second strain of the virus that provides them immunity to overcome it and protection against the most virulent strain.

The Border Disease Virus is a worldwide disease in livestock animals such as sheep and goats, as it causes an abortion disease that reduces livestock production. The Pestivirus, harmless to humans, is transmitted via placental, but also through direct contact between infected animals. Chamoir (Rupicapra p. pyrenaica) is the first animal that has suffered very high mortality outbreaks in infected adult. Previous studies confirmed that the Pestivirus is present in all the populations of chamois in the Pyrenees, although in the Cerdanya, Alt Urgell and Cadí is where there has been more mortality. In fact, in 2005, the most serious episode was recorded in which 86% of all the chamois population of the Cerdanya and the Alt Urgell died.

Surprisingly, the populations of isards in the eastern Pyrenees, in particular those of the Freser-Setcases Hunting Reserve, have always remained stable since it is known that this Pestivirus is in the Pyrenees. According to the experts, after two epidemic outbreaks of this disease two things can happen. The virus can continue to circulate among the population causing even more mortality or it can also happen that the population is recovering quickly because the transmission has stopped and the virus has stopped circulating. But in the Ripollès none of these scenarios has never occurred. 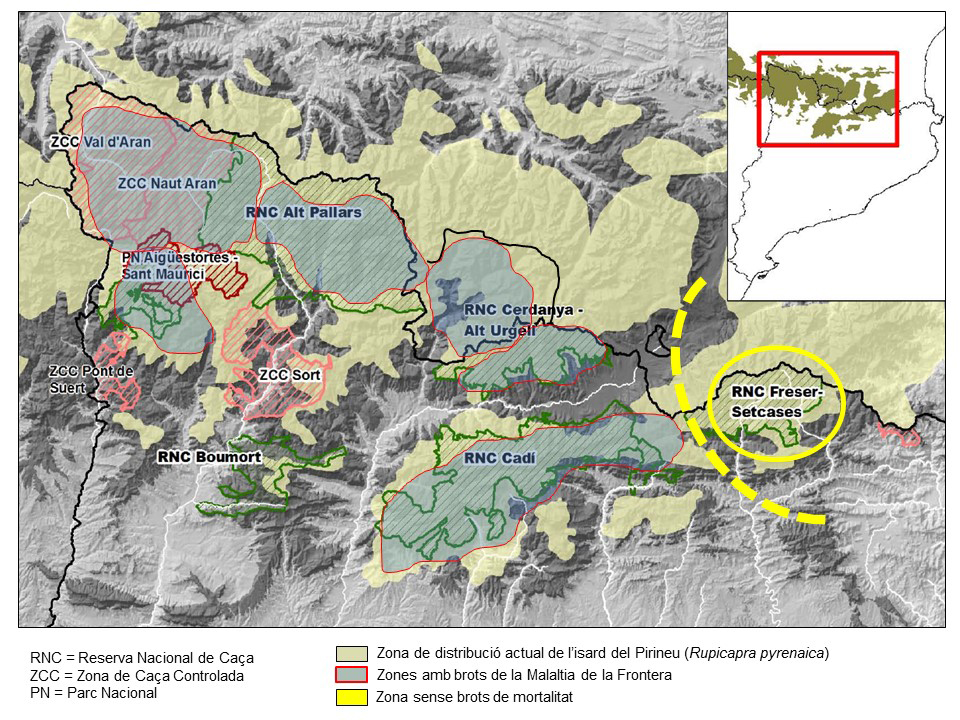 A study carried out by researchers from IRTA-CReSA and the Ecopathology of Wildlife Ecology Service (SEFaS) of the Autonomous University of Barcelona (UAB) published in the Transboundary and emerging diseases, explains this exclusivity. Scientists have identified two different strains of the same virus from the Border Disease. “The most virulent strain is the one that affects the isards of the Western Pyrenees (Andorra, the Aran Valley and Cerdanya), where the mortality of the populations is very high. The other virus strain, the least virulent, is the one currently circulating between the populations of isards in the Eastern Pyrenees, in the Ripollès,” explains Dr. Òscar Cabezón, researcher at the UAB attached to the IRTA-CReSA. This second attenuated strain has caused the isards in this area to develop antibodies that, at the same time, protects them from the most aggressive strain of the virus. “This is acting as an immune barrier that does not allow the virulent strain to move to the eastern part,” the researcher adds. 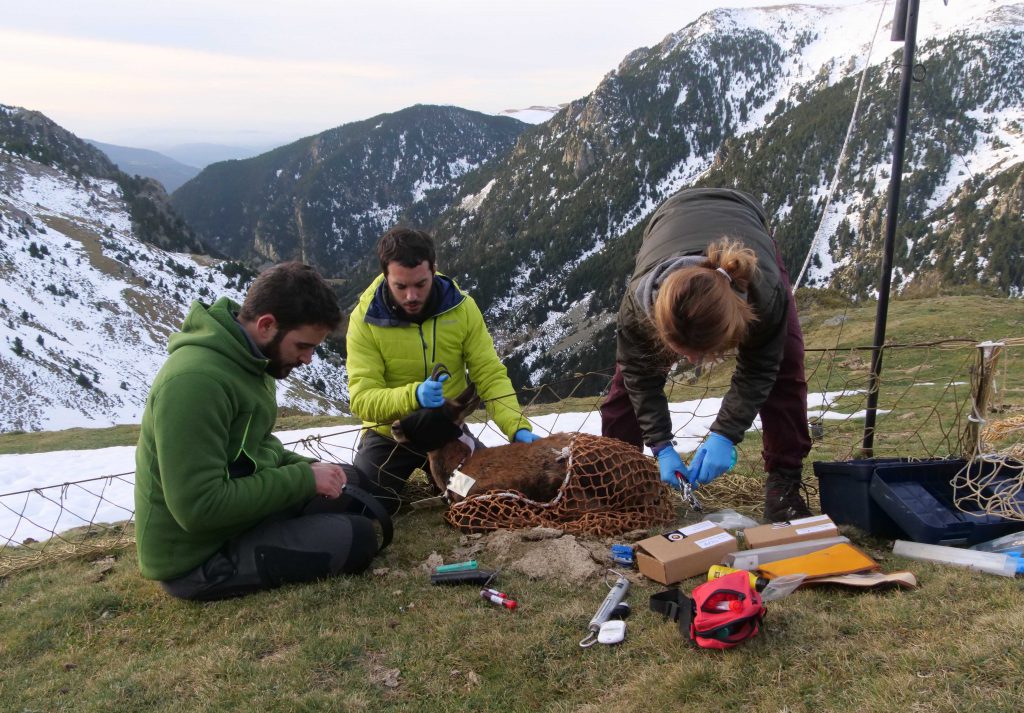 The appearance of different strains in viruses is a common fact and is part of the evolution of viruses, especially if they are of an RNA type, such as that of the Border Disease. “These viruses are more likely to suffer from mutations – changes in their genetic material – as they are infecting animals and this causes new strains of the same virus to originate from each other,” explains the scientific team. The experiments of this study have been carried out thanks to the IRTA-CReSA high biosafety laboratories, that belong to the Network of High Biosafety Level Laboratories (RLASB), a Scientific and Technical Infrastructure of Spain (ICTS ), which allows working with high level pathogenicity agents under biosafety level 3.

Understanding the wildlife diseases is key for the health of livestock

The experts emphasize that in the management of the environment and rural areas it is important to know the diseases that affect wildlife and the home to make decisions and define management strategies. “The study shows that it is important to consider the different degrees of aggressiveness of pathogens in epidemiology studies. This will help us to understand the dynamics of diseases, the transmission mechanisms and evaluate the impact on fauna according to the geographical area, “explains Dr. Òscar Cabezón. For scientists, having discovered this attenuated virus strain has been good news for this species of alpine ruminant, since the Ripollès populations have been able to preserve more genetic variability and this will help them cope with future new diseases.

Fortunately, in the same study, researchers have found that none of the two strains of the disease virus can cause mortality in domestic ruminants such as sheep, goats or cows. However, they point out that more studies are needed to assess the possibility of transmission of this disease among the different species of ruminants.