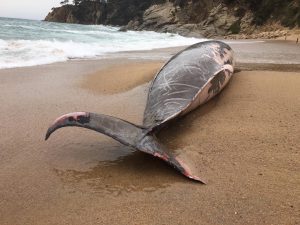 The necropsy performed by the Autonomous University of Barcelona indicates that the body of the specimen, a whale with a Cuvier’s beak, or common beaked whale, had a significant cut in the skin and six broken ribs, most likely due to the impact of a boat. It is the third time that there is evidence that this species is found on the Catalan coast, the two previous ones were in 2015 in Mataró and Salou.

The results of the autopsy carried out by the Servei Diagnòstic de Patologia Veterinària de la Universitat Autònoma de Barcelona (UAB), with the collaboration of the Animal Health Research Center (IRTA-CReSA), the body of the whale located on Thursday afternoon Santo in a cove in the south of Tossa de Mar (Selva) indicate that the specimen died due to a strong impact, most likely, of a ship. According to the head of necropsies of marine protected fauna Mariano Domingo, IRTA-CReSA researcher and professor of the Department of Health and Animal Anatomy of the UAB, the body had a deep cut in the skin of about 25 centimeters and had six broken ribs. 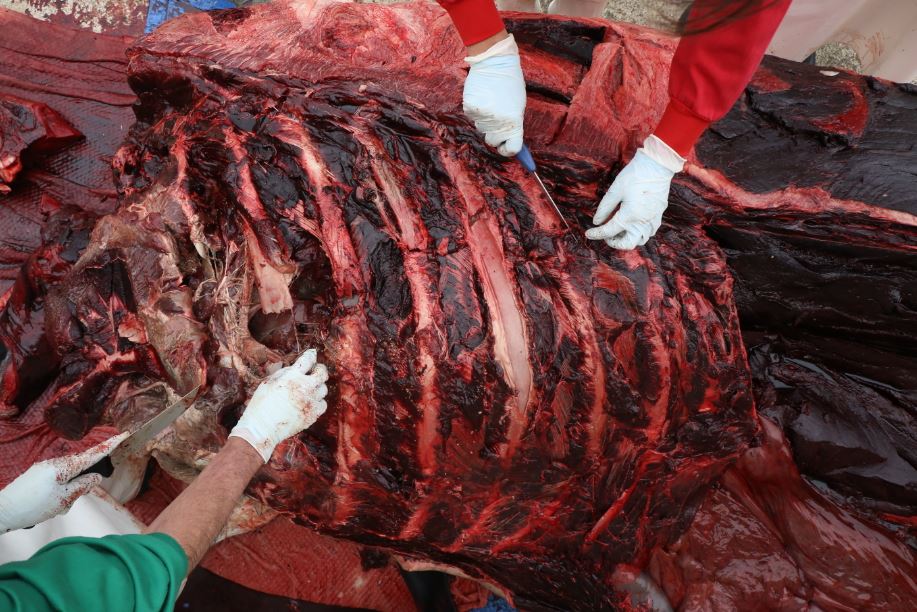 The whale was a male specimen of common beaked whale or whale with Cuvier’s beak (Ziphius cavirostris) of five and a half meters in length. It is a protected species, really difficult to observe, practically only on the high seas, and that lives far from the coast. In fact, this is the third time that there is evidence that a zifio is found on Catalan beaches, in this case, dragged by the led.

The Marine Fauna Rescue Network (XRFM), of the Department of Territory and Sustainability, accounted for 45 strandings of cetaceans on the coast of Catalonia during 2018, while there were 38 in 2017 and 2016, 37 in 2015, 21 in 2014 , 24 in 2013, 62 in 2012, 20 in 2011 and 27 in 2010. Out of 45 of 2018, 40 arrived dead on the coast and only five striped dolphins (Stenella coeruleoalba), alive, although they were sick and ended up dying on the coast . Of the cetaceans that already arrived dead, the great majority were also striped dolphins, six bottlenose dolphins (Tursiops truncatus) and two rorquals (Balaenoptera physalus). At the county level, eight arrived in Tarragonès, seven in Alt Empordà, five in Baix Empordà, five in Garraf, three in Baix Llobregat, Barcelonès, Maresme, Montsià, Baix Camp and Baix Penedès, and two in Baix Ebre. 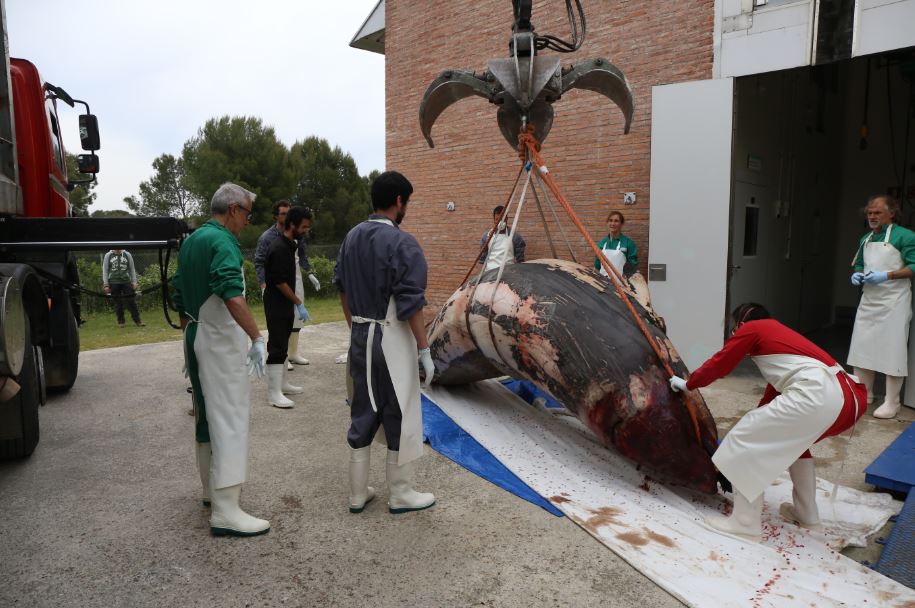 The XRFM coordinated the whole operation of collecting the body of the whale with Cuvier’s peak in Tossa de Mar. After the warning made by the Rural Agents’ Body (CAR) on Thursday, 18, in the afternoon, it was decided to leave it in place because of bad weather. The next morning the waves had dragged her to the beach of Garbí de Llorell, also in Tossa, a place of difficult access for a heavy vehicle that had to take the body. So it was decided to move it to the port of Blanes with a ship of Maritime Rescue. From there, on Saturday, a crane truck could take it out of the water and take it to the Necropsies Building of the Faculty of Veterinary of UAB, in Bellaterra (Cerdanyola del Vallés, Barcelona).

There, in addition to performing the necropsy of the zifio, they have extracted vertebrae that will serve for scientific research. In particular, they will move to the sea with other cetacean remains, and the Laboratoire de Ecogéochimie diciembre Environnements Benthiques (LECOB) will monitor the decomposition of the remains of large animals at great marine depth.