Foot-and-mouth disease, a disease that may come back any day 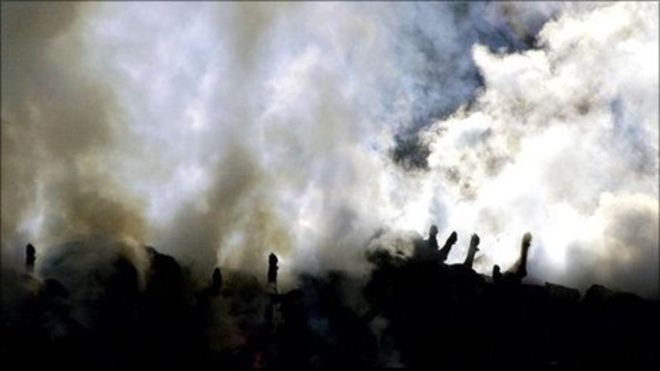 Those of you of a certain age and more or less interested in animal health will remember that in 2001 there was a major outbreak of foot and mouth disease (FMD) in England that had a large media coverage. Those  even older might even remember it as a disease  that affected cattle almost every year in Catalonia.

FMD is a disease that affects  biungulated animals (i.e. double clawed, such as cattle, sheep, goats and pigs) causing the formation of vesicles mainly in the area of ​​the nose and feet. As a result, the animals cannot eat, make lip sounds and have lameness, sometimes even their claws drop, they stop giving milk,  loose weight and, in some cases, die from heart problems.

The vesicles, which are called “aftas“, and this is the word that gives name to the disease in Latin languages (fiebre aftosa) while the location of these vesicles is what gives the name in other languages ​​like English and German (foot-and-mouth disease and Maul und Klauenseuche).

The outbreak appeared in England affected 3000 farms and as a consequence more than three million animals had to be culled with a high social and economic cost. It is the only time the front page of newspapers and opening news on televisions were occupied by a veterinary emergency with no implications for human health, also this happened on an island a thousand miles from here. Why all the fuss?

There are several reasons, the first is one of the diseases that is more diffusible among animals, which is quickly transmitted between animals and farms in territories that were previously free of the disease. On the other hand, is a disease that can cause very important economic losses, due to decreases in production, but especially due to the commercial difficulties caused by having the disease: a country affected may not export live animals or meat with the great economic damage that this may entail. It is therefore a very important disease and one of the major headaches of the animal health authorities of all countries. 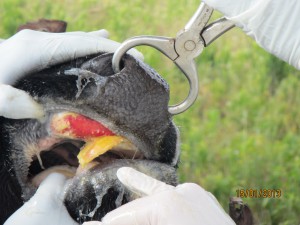 FMD lesions in the oral mucosa of a cow. Image: FAO.

The disease affects endemically most countries in Africa and Asia. It is far away, some thousands of kilometers from home, and in countries with which there are few commercial relationships; therefore we can remain more or less calm but we must not loosen the guard: two years ago it appeared in Algeria, and is currently still in Libya and the Sahel countries where conditions are very precarious. Also, during 2016,  cases appeared in Russia and Turkey. The possibilities of FMD arriving in Catalonia are low … but they exist! In other words we need to be prepared: veterinary services must have contingency plans in place to avoid having to improvise, laboratories must be ready and relevant diagnostic techniques must be set up,  veterinarians and farmers have to be made aware of the disease to be able to quickly diagnose it, only under three conditions will we be able to eradicate it quickly and therefore minimise the impact of a new FMD oubreak on our livestock and our economy.