Scientists reveal the possible origin of the “mad cow” disease 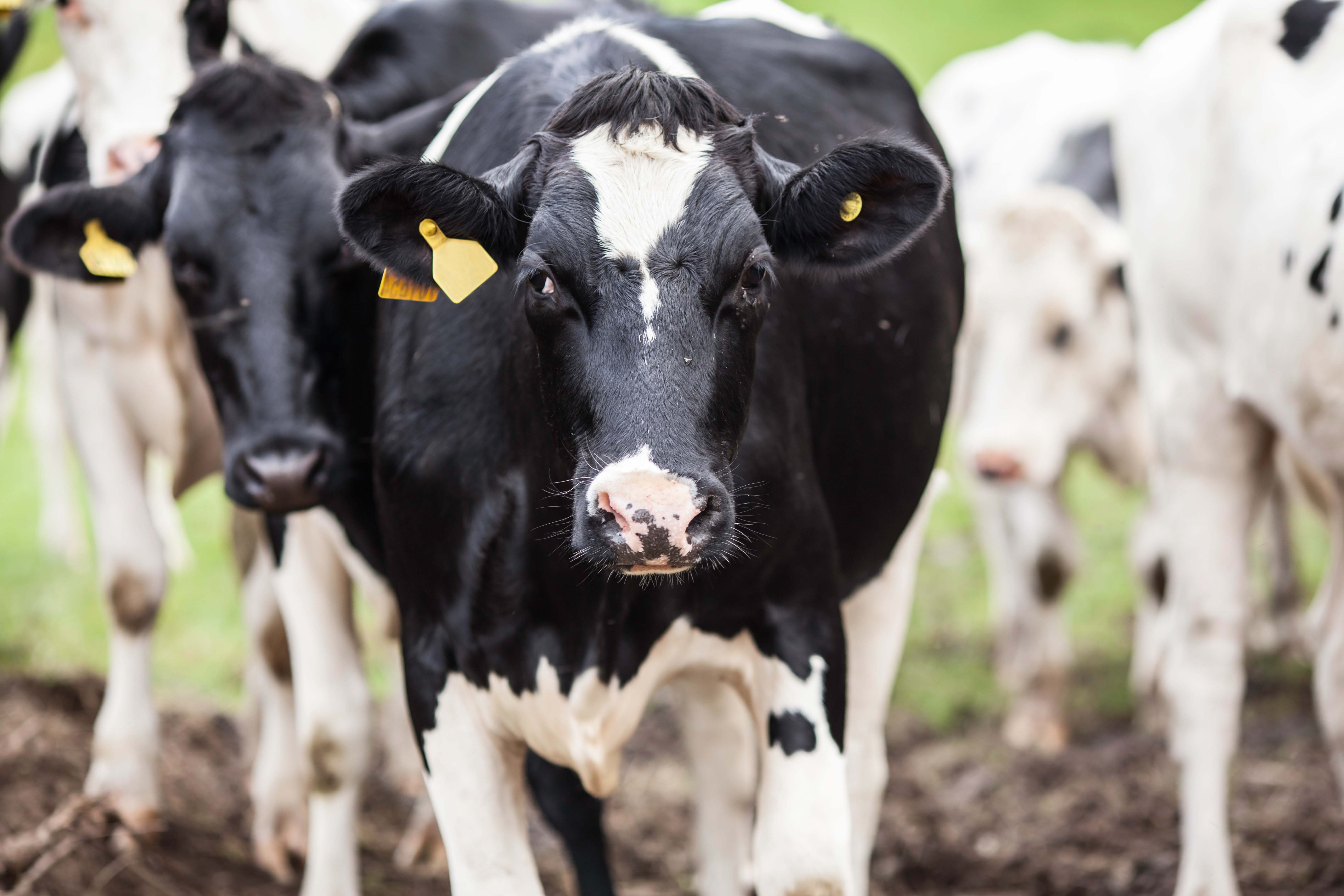 A team of scientists demonstrates that bovine spongiform encephalopathy (BSE) could have originated from atypical scrapie prions, a neurodegenerative disease that appears spontaneously in sheep and goats. These infectious agents would have been transmitted to the cows when they were fed with meat meal and sheep bones infected with prions, a practice currently prohibited. 226 people suffered the variant of Creutzfeldt-Jackob disease after consuming beef contaminated with prions.

In the late 1990s, Europe suffered one of the worst food crises due to the disease of “crazy cows.” In the United Kingdom, about 200,000 cows presented symptoms such as tremor, changes in behavior and loss of balance, until death. In Spain, they were about a thousand. Some of the people who ingested products derived from “mad cow” suffered the variant of Creutzfeldt-Jackob disease, a neurodegenerative pathology without cure. The number of people affected worldwide by this disease was 226, five of which from Spain. The hypothesis that was raised was that the first cows had become ill because they had consumed feed made from sheepmeat and meat meal contaminated with classic scrapie prions, a fatal degenerative disease that affects the nervous system of sheep and goats and contagious among animals of the same flock. Until today, several studies have ruled out this initial hypothesis.

Now, a study led by the ENVT-INRA center of Tolouse, the Animal Health Research Center (IRTA-CReSA) and the Animal Health Research Center (INIA-CISA), with the participation of the Autonomous University of Barcelona (UAB) and of the University of Zaragoza (UNIZAR), reveals that the infectious agent responsible for bovine spongiform encephalopathy or “mad cow” disease could come from atypical scrapie, another type of prion involvement of sheep and goats. This prion disease was discovered in 2003 and unlike the classic scrapie appears spontaneously, in isolated cases and does not spread among the herd.

The study’s experiments, published in the Proceedings of the National Academy of Sciences of the United States of America (PNAS) journal, demonstrate for the first time that when atypical scrapie prions are transmitted from one species to another they change structure and their ability to infect evolves. “It is a relevant result because it gives us more clues about how a prion disease of sheep would have passed to cows and then to people, becoming a zoonotic disease,” says Enric Vidal, veterinarian and researcher of IRTA-CReSA. 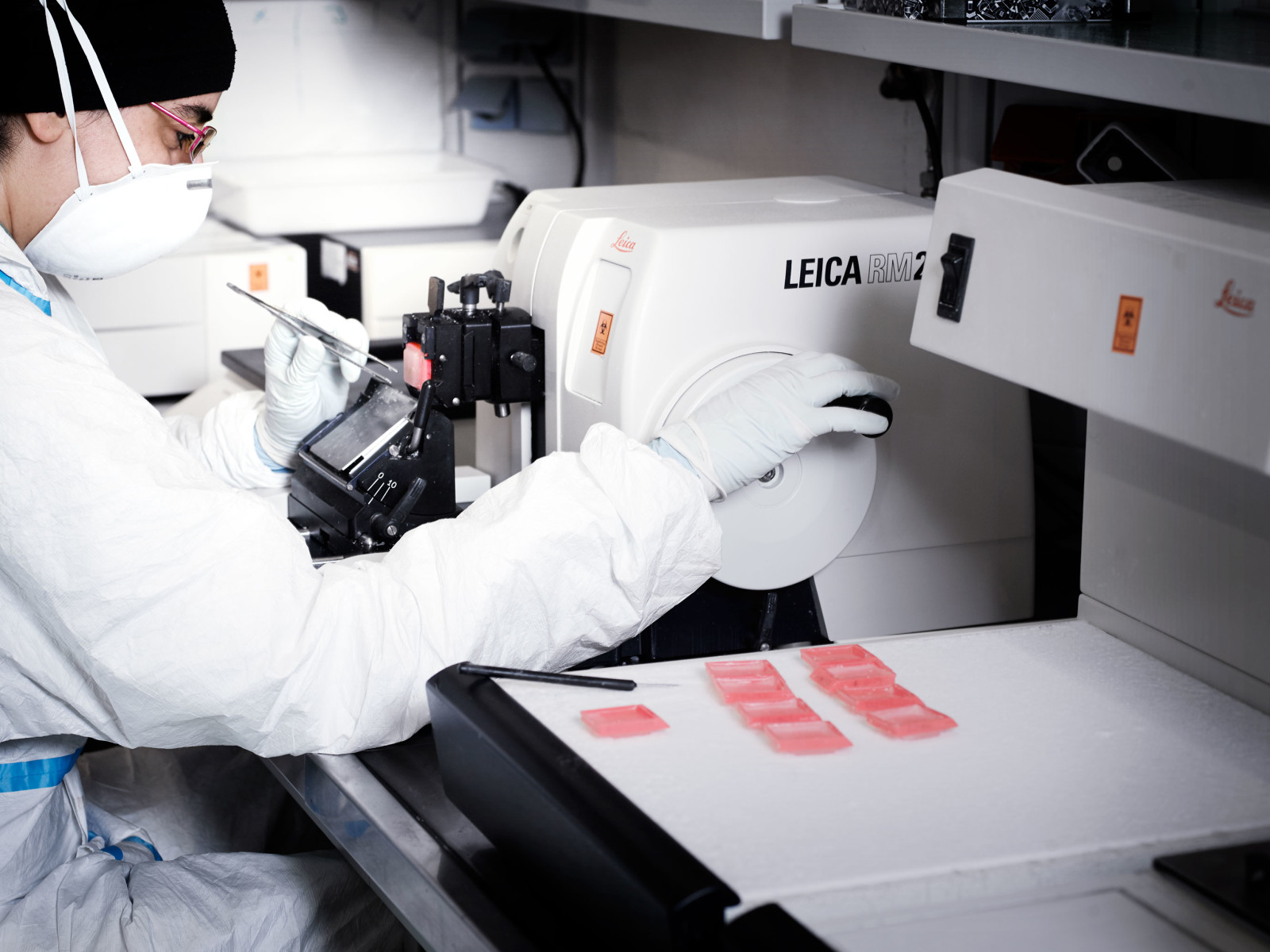 Prions are proteins found in the body of animals and people naturally, mainly in the brain. The problem is that when they change their structure and cause other proteins to do so, they can become neurodegenerative. “This change of structure can be due to genetic causes, it can also happen spontaneously or by ingesting contaminated proteins. On the other hand, there have been some cases of accidental inoculation by manipulation of work tools, for example, in the laboratory or in animal surgeries”, explains Martí Pumarola, professor of the Department of Medicine and Animal Surgery of the Faculty of Veterinary Medicine of the UAB . Currently, there are still cases of people with Creutzfeldt-Jackob disease – different from the variant caused by crazy cows – as well as animals sick with prions spontaneously. These cases are no longer due to the intake of contaminated food because since the crisis of the “mad cows” the use of feed made from ruminant protein flours was prohibited.

So far there is no treatment or vaccines for human or animal prion diseases, but the study authors say that this finding will improve the risk assessment of these diseases in the field of animal health and public health. “Now we have verified that the atypical scrapie is capable of giving rise to bovine spongiform encephalopathy in cows, which we did not know until now. While the prohibition of these feeds made with sheep derivatives remains active we will not have new cases of” crazy cow “because intake,” explains Enric Vidal.

A decade of study with international collaboration

Experiments have been performed with transgenic mouse models – mice with cow genes – to see how prions of atypical scrapie affect them. The prions used in the study came from real cases diagnosed in sheep from Spain, France, Portugal and Norway. The tests have been carried out thanks to the PRIOCAT laboratory of the Biocontainment Unit of the IRTA-CReSA center. This biosafety level 3 infrastructure forms the Network of Hight Biosafety Laboratories (RLASB), a Singular Scientific and Technical Infrastructure of Spain (ICTS). PRIOCAT carries out the diagnosis of animal prion diseases of Catalonia within the program of control and eradication of transmissible spongiform encephalopathies (EETs), commissioned by the Department of Agriculture, Livestock, Fisheries and Food and the Department of Health of the Government of Catalonia.

The study has had the collaboration of other research centers in Norway, Portugal and the United Kingdom. It has had European FEDER funds from the INTERREG-POCTEFA cross-border program through the COTS project, with COTSA and Transprion, which currently make up the RedPRION network (EFA148/16), a group of different research groups for these diseases in Catalonia, Aragon, the Basque Country and southern France. It has also had funds from the La Marató de TV3 Foundation (Project 201821-30-31-32 Evaluation of the public health risk of atypical and emerging prions) of the edition of Infectious Diseases, in this project the zoonotic potential of ‘these sheep prions passed through the bovine species is being assessed by bioassays in humanized transgenic mice.