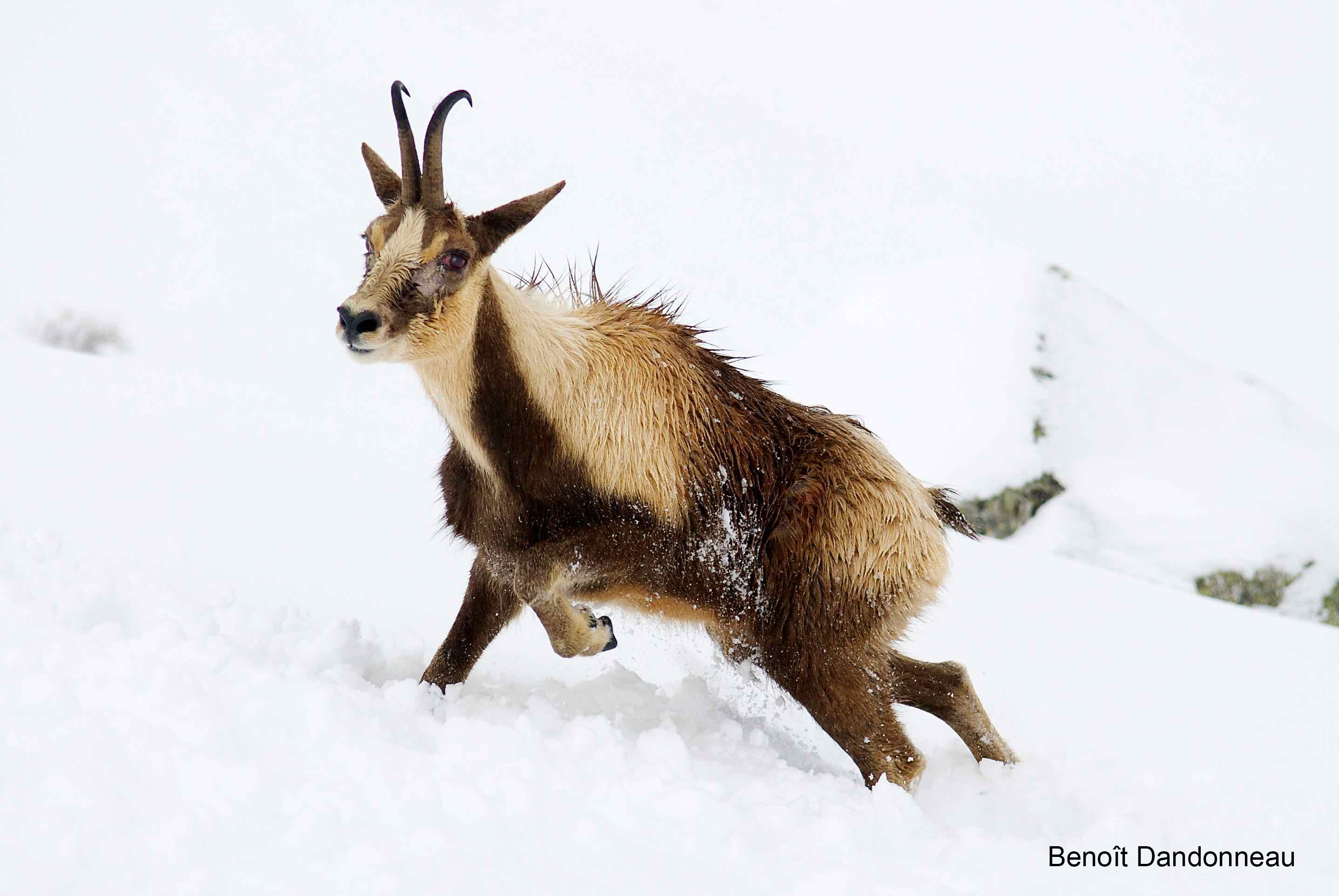 Infectious keratoconjunctivitis is a highly contagious ocular disease that causes inflammation of the cornea and the conjunctiva, typically caused by Mycoplasma conjunctivae in wild and domestic caprines (Caprinae Subfamily). It is an old-known disease considered of least concern in domestic small ruminants because its generally sporadic occurrence, self-limiting course, and because it does not cause mortality if outbreaks are properly managed.  However, this disease can be severe in wild mountain ungulates and may impact on its population dynamics by causing non-reversible ocular lesions and/or traumatic accidents because of blindness. Infectious keratoconjunctivitis was described in the Pyrenees for the first time in 1980-1981. Outbreaks can affect almost the entire chamois population and disoriented and blind chamois are then a common finding in the mountains.

Nevertheless, many epidemiological aspects of infectious keratoconjunctivitis are unknown in alpine ecosystems, where it could be especially complex because of the diverse potential host species that there inhabit. Several studies and observations suggest that this disease could be cross-transmitted among species and that some of them may act as reservoir for the more susceptible ones, like chamois.

In the latest years, we have performed several studies in the Servei d’Ecopatologia de Fauna Salvatge (Universtitat Autònoma de Barcelona) with CRESA to improve the knowledge of this disease at the wildlife-livestock interface.

In these works we have demonstrated that M. conjunctivae is maintained endemically in domestic sheep and goats flocks from the Pyrenees. Although slight ocular clinical signs can be occasionally seen, almost 90% of the infection cases are asymptomatic and go unnoticed. In contrast, the study of M. conjunctivae in mountain ungulate populations showed different infection dynamics in chamois, which includes low but constant incidence of infection cases, outbreaks of disease and the fading out of the mycoplasma. Mycoplasma conjunctivae was also occasionally detected in mouflon.

The ability of M. conjunctivae to establish different relationships and persist in host populations was also evidenced in another study with Iberian ibex, where the same strain that caused a severe infectious keratoconjunctivitis outbreak persisted along one year through asymptomatic and chronic infections. 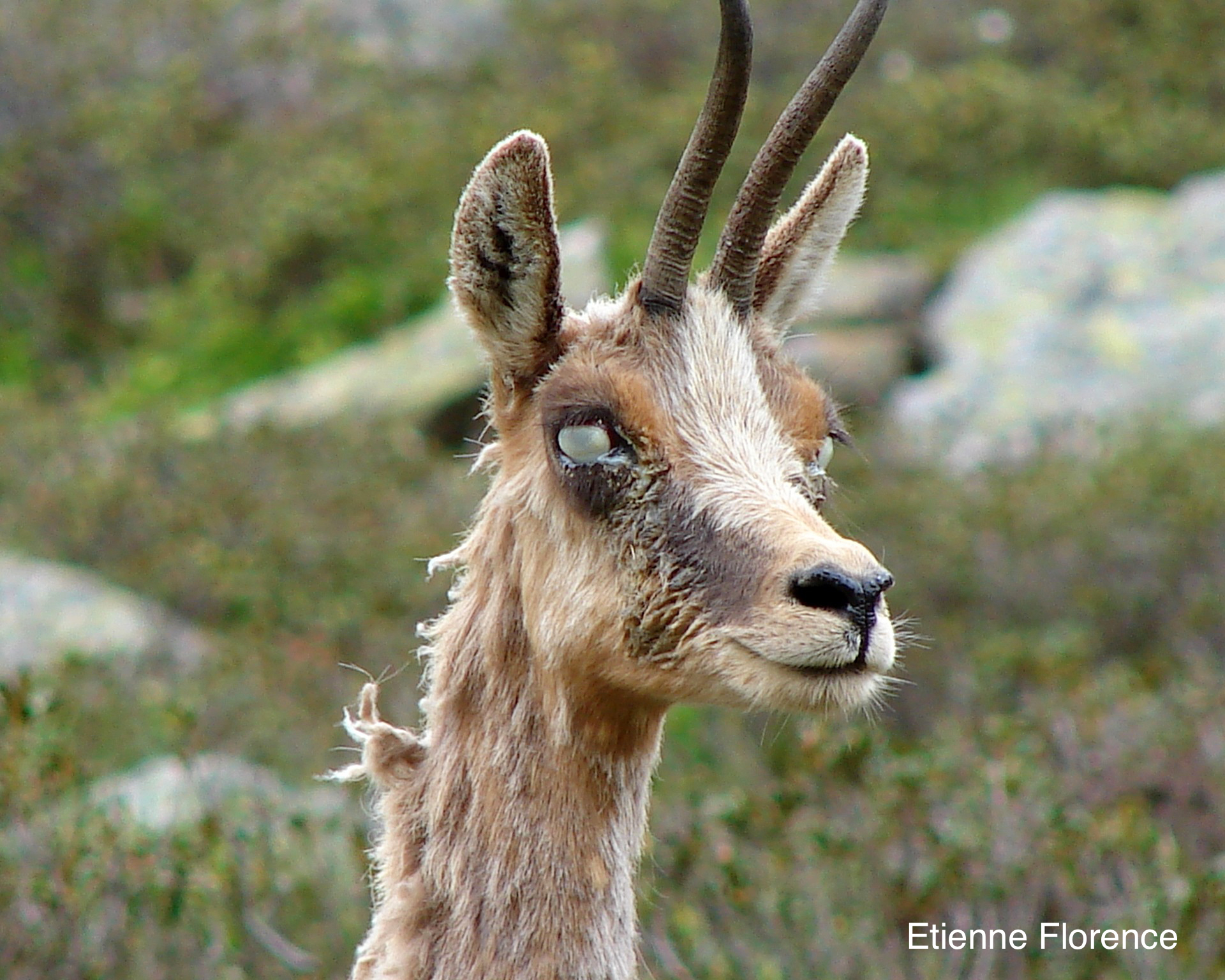 We have also provided important information for the transmission and within-host maintenance of the mycoplasma. It has been detected for the first time in different anatomical locations than the eye and in flies, which suggests that this insects may be important vectors for disease transmission during disease outbreaks.

These results have contributed to a better understanding of Infectious Keratoconjunctivitis at the wildlife-livestock interface. Overall, highlight the complexity of this disease, which is not always associated with M. conjunctivae infection and that may involve different infection dynamics in free ranging populations of wild mountain ungulates.

These studies were part of my doctoral thesis, which was supervised by Dr. Óscar Cabezón Ponsoda and Dr. Jorge Ramón López Olvera:

The experimental parts of these works were performed in CRESA and were funded by the research project CGL2009-11631 (MICINN-Spanish Government).