A significant step forward in the fight against african swine fever 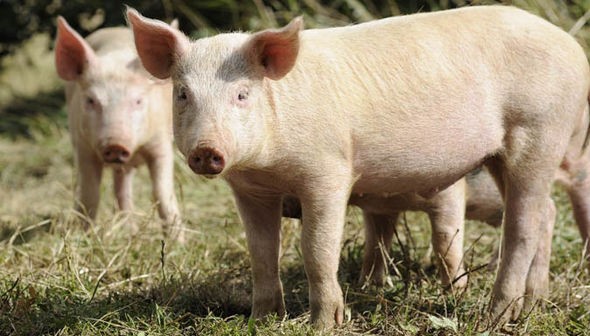 African Swine Fever (ASF) is a highly lethal hemorrhagic disease for domestic pigs and European wild boards. ASF is a disease of mandatory declaration to the World Organization for Animal Health (OIE) and is caused by African Swine Virus (ASFV), a rather complex and large virus against which there is no treatment, nor vaccine, thus relying for its control in its early detection and slaughtering of infected and potentially exposed animals.

Although ASF sounds exotic or distant for the youngest, the reality is that ASFV was permanently present in the Iberian Peninsula for almost 40 years, havocking the Spanish swine industry. This happened since 1957, when the virus entered for the first time in Portugal from the African continent, expanding through our territory, where it remained endemic form for decades. Despite ASFV initially caused acute clinical signs, new attenuated forms of the virus appeared over the years, causing low mortality rates and mild clinical signs, more difficult to detect and diagnose and favoring the appearance of asymptomatic carriers that contributed to the endemicity of the virus. After a long fight, it was not until 1995 when the eradication was possible allowing the reopening of Spanish’s border to porcine products trading.

Conversely, ASF has remained ignored in Africa from its origin, where the drastic eradication measures recommended, could not be always applied due to the lack of resources and compensatory policies. As the result, ASFV is today stronger than ever in Africa, with more than 23 ASFV genotypes and hundreds of different ASFV strains circulating, becoming the number one threat for an incipient and growing swine industry.  The epidemiological pressure in Africa favored that in 2007, only a decade after its eradication of the disease from the Iberian Peninsula, ASFV reached again Europe, in this occasion through the city of Poti in Georgia, on the shores of Black Sea. The virus entered Europe like 50 years ago, through infected porcine products from Africa, where the disease continues being endemic in many regions. Since ASFV arrived to the European continent, spreading towards neighboring countries like Russia, Lithuania, Latvia, Estonia and Poland, and reaching the European Union’s East border in 2014. The map shows the cases of ASF confirmed by the FAO (Food and Agriculture Organization of the United Nations) detected in pigs and wild board in the last 4 months in Europe.

It has been ten years since ASFV landed in 2007, the situation is still out of control and the need for a vaccine against the disease is becoming increasingly evident. 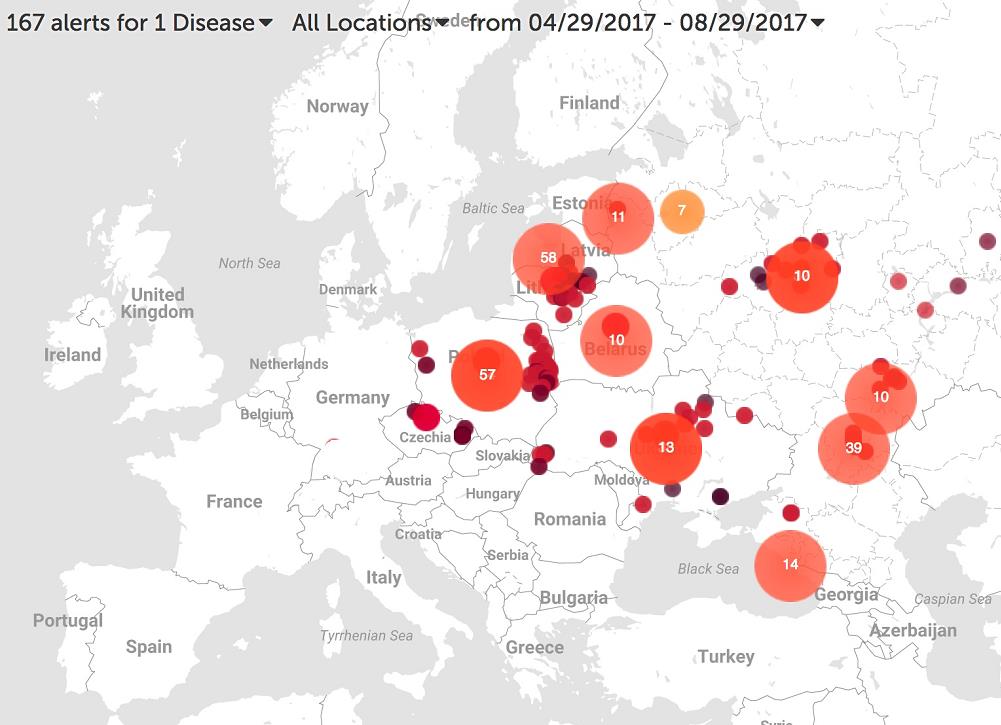 In contrast with Europe, where the virus circulates mainly between domestic pigs and wild boars, the situation in Africa is much more complex. The European domestic pig is the only host susceptible to the disease in Africa and the virus is capable to remain in a sylvatic cycle between wild pigs and ticks from the Ortnithodoros genus. African wild pigs can be infected for life without showing signs of disease, and the role of ticks is essential in the cycle, facilitating the transmission between wild pigs and domestic pigs. causing economic losses that significantly contribute to poverty in the affected areas.

In the laboratory of Dr. Fernando Rodríguez at IRTA-CReSA we are devoted to develop safe and efficient vaccines against ASFV. The unique Biosafety facilities level 3+ (BSL-3 +) facilities available in the IRTA-CReSA, allow us to work safely with this highly pathogenic virus, both at the laboratory level and in vivo. Our animal facilities allow us to experimentally test our vaccines in pigs and challenge the animals with ASFV under the maximal biosecurity measures, required to work with this specific pathogen.

In the paper recently published in the prestigious Journal of Virology, we present the advances obtained during the PhD thesis of Dr. Paula L. Monteagudo in the field of vaccines against ASFV. The work was carried out under the direction of Dr. Fernando Rodríguez from IRTA-CReSA and Dr. Maria Luisa Salas from the Centro Molecular de Biología Severo Ochoa (CBMSO) in Madrid, counting also with the collaboration of Boehringer Ingelheim Veterinary Research Center GmbH & Co. KG, Hannover, Germany.

In this article we describe how to transform a virulent strain of ASFV isolated in Badajoz in 1971 (BA71) into an attenuated strain (BA71ΔCD2), by eliminating a single gene encoding for the virus hemagglutinin. Additionally, we describe how this attenuated strain can be used to experimentally vaccinate and protect pigs against the parental virulent virus (homologous virus), and also against different ASFV strains (heterologous viruses).

Protection afforded by an attenuated strain of ASFV against the infection with the parental strain (homologous challenge).is not something new, since it was described decades ago. The novelty of our work resides in the ability of our BA71ΔCD2 vaccine prototype to protect pigs in a 100% effective way against E75, a virulent ASFV strain previously described in the laboratory as heterologous (read the complete pdf of the article).

Thanks to this study, we also know that the protection conferred is dose-dependent and that the cross-protection obtained in vivo between the different strains correlates with the ability of our vaccine candidate BA71ΔCD2, to induce CD8+ T-cells capable to recognize both strains, BA71 and E75 in vitro.

Going a step further, we have also found that BA71ΔCD2 is able to protect animals from infection with the ASFV strain that is currently circulating in Europe, Georgia 2007/01, despite it belongs to a different genotype of ASFV, phylogenetically distant from E75 and BA71 (genotype I). The results obtained from this experiment were impressive, since all animals receiving the appropriate dose of BA71ΔCD2, survived the infection with the highly virulent heterologous strain Georgia 2007/01.

The results here obtained go beyond demonstrating the protection against Georgia 2007/01, against which few other experimental prototypes have been already described, but also opens the door to the development of new cross-protective vaccines, essential overall thinking in endemic areas where more than one virus are concomitantly circulating, as it occur today in several African regions.

The fact that BA71∆CD2 can be produced in the stable COS-1 cell line, allows substituting primary swine macrophages as biofactory (today used to grow other Vaccine prototypes), thus representing and additional advantage for its large-scale production.

The absence of the virus hemagglutinin in BA71∆CD2, gives two additional advantages to this vaccine prototype. On one side, lack of this viral factor should difficult the potential dissemination of the virus in ticks, since HA plays key roles in this process and on the other side, the lack of  HA allows differentiating the immune response induced by our vaccine, BA71∆CD2, from that provoked by the haemadsorbing circulating viruses.

Our next challenge is to increase the biosafety of BA71∆CD2. Despite the good results obtained, some vaccinated animals showed low albeit detectable transitory virus, present both in blood and in nasal secretion, therefore making impossible to guarantee 100% safety in massive vaccination campaigns under field conditions. In parallel, we are developing new and more efficient DIVA (Differentiating Infected from Vaccinated Animals) methodologies.