Proved an effective vaccine for MERS-CoV in camels 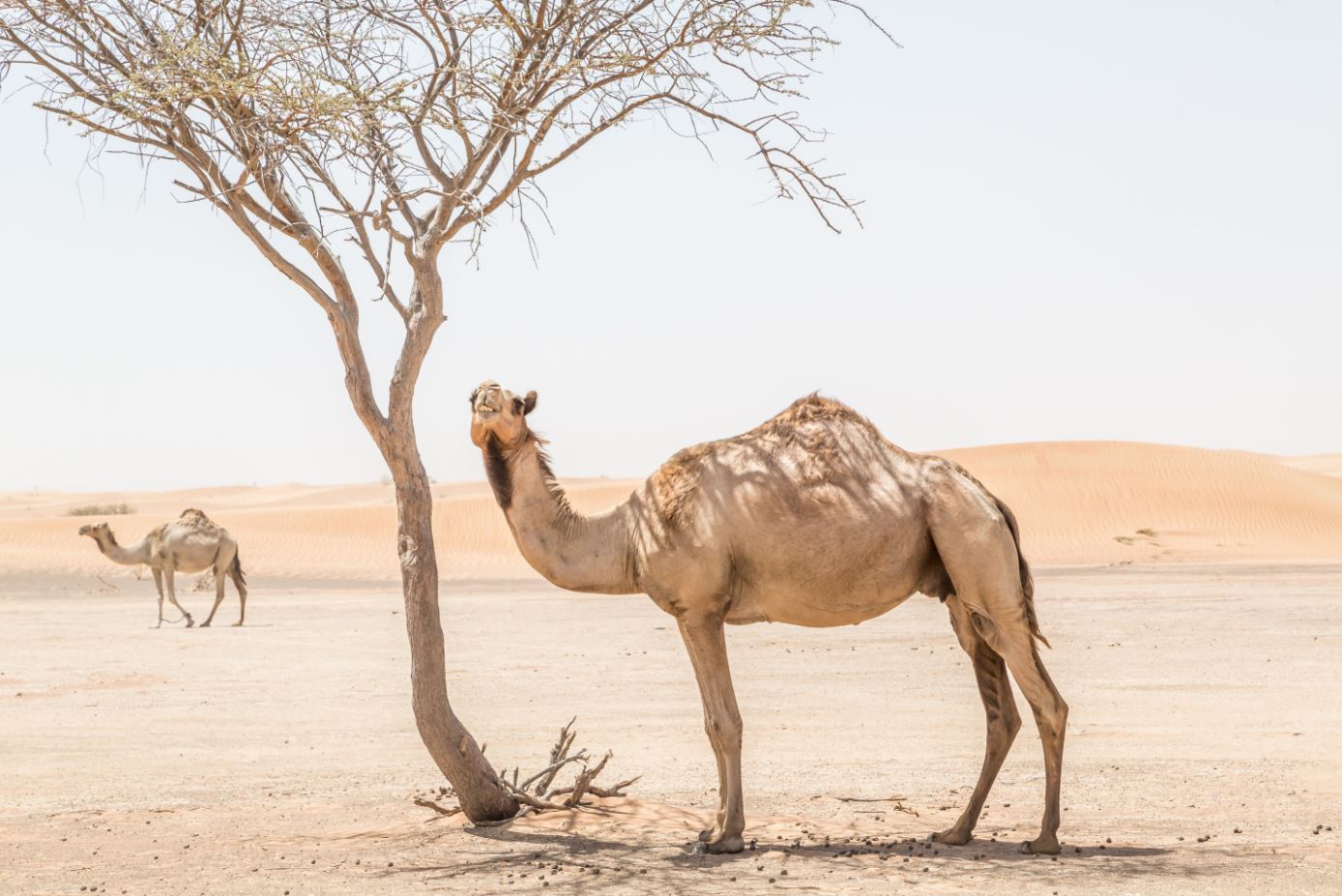 An international research with the participation of the Autonomous University of Barcelona and the Center for Research in Animal Health IRTA-CReSA has designed a vaccine that has been shown to be effective in camels against the coronavirus (CoV) that causes the respiratory syndrome of the Middle East.
The vaccine could reduce the spread between animals and animals to humans, by significantly reducing the nasal excretion of the virus, and be tested for the protection of people at increased risk of infection with this virus.

An investigation, coordinated by the Erasmus Medical Center (Rotterdam, The Netherlands) and published in Science, has developed a vaccine that works successfully in dromedaries against the Middle East Respiratory Syndrome virus (MERS for its acronym in English). Vaccinating animals significantly reduces the amount of virus they excrete through the nose, which could help prevent their spread. Joaquim Segalés, professor at the Department of Animal Health and Anatomy of the UAB and researcher attached to IRTA and Albert Bensaid and David Solanas, researchers at IRTA.

The camels and dromedaries act as reservoirs of the MERS-CoV, a coronavirus that lodges in its upper respiratory tract – nose, larynx, pharynx and trachea. The animals generally develop a mild affectation – which in some cases occurs with abundant mucus – and are usually carriers of the virus, which supposes a high risk of contagion, both for other animals and for humans. The transmission of animals to people -zoonosis- seems to occur through the nasal secretions of animals, by contact or via air. The majority of human MERS cases have been attributed to human-to-human transmission. Despite the fact that the disease can present with the symptoms of a common cold, it is a highly dangerous disease, since in 35% of cases it causes death.

Researchers have tested on eight dromedaries (four vaccinated animals and four unvaccinated animals) the protective efficacy of MVA-S, a modified vaccine based on the orthopoxvirus Vaccinia Virus Ankara, which expresses the protein of the spicule (protein S) of the MERS- CoV, considered key in the fight against coronaviruses.

The results show that the vaccine is capable of protecting animals at the level of the upper respiratory tract. In comparison with the control animals (not vaccinated) of the study, the dromedaries vaccinated and subsequently infected with the MERS-CoV showed a significant reduction of the virus excreted via the respiratory route. The protection could also be demonstrated with the presence of antibodies capable of neutralizing the virus -which prevent viral replication- in the serum of the vaccinated animals, as well as in the nasal cavity. No vaccinated animal developed signs associated with the infection when inoculated with the virus. Only control animals developed signs compatible with a cold, with increased nasal mucus. According to the results obtained, vaccination with MVA-S would serve mainly to reduce the excretion of the virus and, therefore, also its spread. 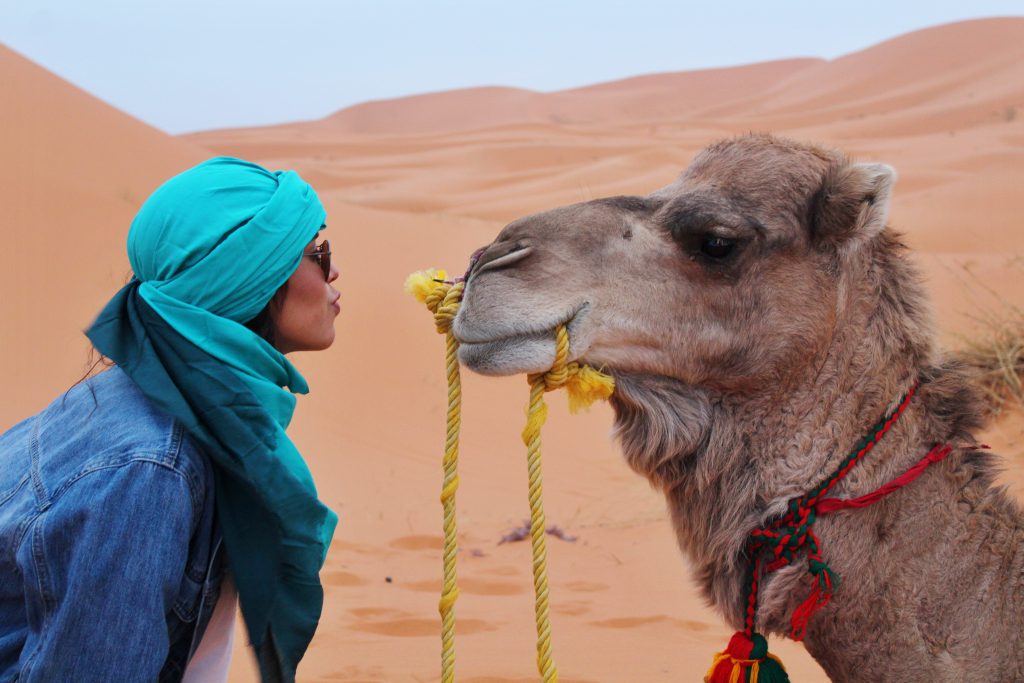 In addition, the researchers believe that vaccinating younger camels could significantly reduce the excretion of the virus, since these individuals excrete more MERS-CoV than adults, so they would have to be vaccinated in the first place. And they also point out that the vaccine based on MVA-S could be tested in people with higher risk of contagion of the virus, such as those working in the hospital setting and those who have regular contact with camels.

Even so, considering that mucosal immunity generally has a transitory effect, further studies will be needed to determine the duration of vaccine protection. “It is possible that a total protection against MERS will not be achieved, because the virus replicates at low level in the upper respiratory tract even in the presence of specific antibodies, similar to other respiratory viruses, such as the coronavirus of the SARS (Serious Acute Respiratory Syndrome) -explains Joaquim Segalés-. It is, in any case, a very significant advance in the fight against this pathogen; Now we have to go deeper into the duration of immunity and dosage before its potential application in real situations. ”

The study finally highlights the dual-use potential of the MVA-S. By using the Vaccinia Ankara orthopoxvirus as a vector, it is able to induce cross protection, so that by generating MVA-specific antibodies, they can also neutralize camelpox, another orthopoxvirus that frequently affects camels and camels, causing widespread infections and injuries to the skin.

The study was conducted with eight dromedaries from the Canary Islands, in the Biocontainment Unit of IRTA-CReSA, on the UAB campus. Four of them were treated with the MVA-S and four more copies served as control. In these facilities the study of the animals has been carried out over 10 weeks: one week of acclimatization, two vaccinations separated by four weeks, inoculation with the MERS-CoV- three weeks after the second vaccination, then two weeks of clinical follow-up post-infection and finally the necropsy of the animals.

The MERS-CoV is a virus that spreads from animals to people, isolated for the first time in 2012 in Saudi Arabia in a man of 60 years. It belongs to the family of coronaviruses and causes MERS, which usually occurs with fever, cough and respiratory difficulties, although it can also cause pneumonia. Its mortality rate is 35%. Since 2012 there have been several outbreaks of MERS in humans, mainly in countries of the Middle East and South Korea. So far, according to the World Health Organization, 1,621 confirmed cases have been registered in laboratories in 26 different countries, including at least 584 deaths *.

The studies carried out until now point out that camelids are an important reservoir of MERS-CoV; it is also thought, although it has not been demonstrated, that bats could be a first step in the chain of transmission of the virus. Even so, the majority of human MERS cases have been attributed to human-to-human transmission. The contagion is not easy, because the virus infects the deepest parts of the lung in humans, and is produced by a very direct contact without adequate protection or dispersion by mechanical ventilation. One of the areas where there is more contagion between people is the hospital. So far there is no drug or vaccine for its treatment.