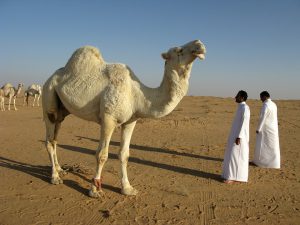 This is confirmed by a study published in the journal Epidemiology and Infection that described the temporal dynamics of this disease. In some regions such as the Eastern Province the period of more infections coincides with the periods in which there is more activity related to camels and camels, such as commerce or mating.

Middle East respiratory syndrome coronavirus (MERS-CoV) is a severe viral respiratory disease that poses a significant threat to global public health. The Arabian Peninsula continues to be a significant global epicenter for the disease, and the virus has crossed regional and continental boundaries since 2012. Since then, in this region, the disease has caused more than 1500 confirmed human infections with more than 580 deaths. 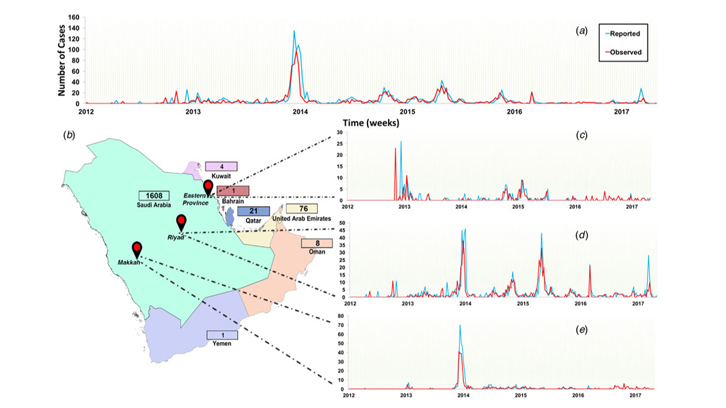 Epidemic curve of observed and reported human cases of Middle Eastern respiratory syndrome coronavirus (MERS-CoV) in the Arabian Peninsula aggregated by week from June 2012 to July 2017.

According to the model of the temporary pattern that follows the MERS-CoV epidemic in the three most affected regions of Saudi Arabia (the eastern province, Riyadh and Makkah), in regions such as the city of Riyadh, epidemics occurred twice a year, coinciding with the periods in which there is a peak of activities with camels and dromedaries, such as breeding, commerce and transportation. In contrast, in the regions of the eastern province and in Makkah, cases were produced with an endemic pattern with sporadic outbreaks. This study provides new insights about MERS-CoV epidemic progression and evidences for seasonality. Despite the inherent limitations of the available data, this work can provide further guidance to currently implement risk-based surveillance in high-risk populations and, subsequently, improve related interventions strategies against the epidemic at country and regional levels.

Until today, at least one confirmed human case of MERS-CoV is reported on weekly basis in Saudi Arabia

Results of the present suggested that during this 6-year-period, the epidemic size in Saudi Arabia was large and an infected person could infect more than one person over time causing a significant disease spreading events until 2017. In both Makkah and Riyadh regions, the epidemic progression reached its peak in April 2014, during the highest incidence period of MERS-CoV cases. In the Eastern Province, a superspreading event was identified in May 2013, which comprised of the most notable cases of human-to-human transmission. Results of time series models indicated that in regions such Riyadh, characterized by heavy seasonal camel-related activities, the epidemic showed significant biannual seasonality. However, this seasonal pattern was not evidenced in the Eastern Province and Makkah. Instead, both areas were marked by an endemic pattern of cases with sporadic outbreaks.

Although the main route of transmission is the prolonged contact with an infected person, dromedary and camels can act as primary intermediate hosts and are recognized as a source infection by direct contact or consumption of camel products. Bats are considered the primary reservoir of these viruses, but no evidence suggests a direct transmission route from bats to humans.