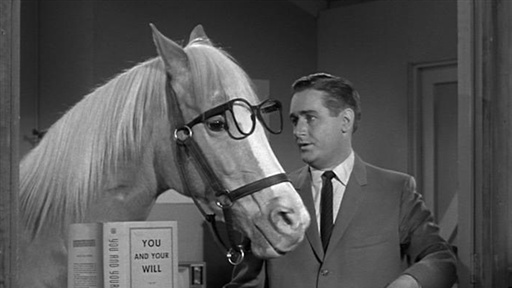 Time to talk about prions again, these enigmatic infectious agents that cause, among others, the mad cow disease.

Over the years, we are becoming more and more aware of how prion diseases or transmissible spongiform encephalopathies (TSEs) work. We know that sick individuals, especially in the brain, have an accumulation of misfolded prion protein  that ends up causing a degeneration of their neurons. This accumulation may be (a) spontaneous, (b) triggered by a mutation in the gene that encodes the cellular prion protein (and makes it more susceptible to misfolding) or (c) infectious, triggered by entry of a malformed protein from another individual into the organism.

One of the most intriguing aspects of the subject is the transmission of prions between different species. 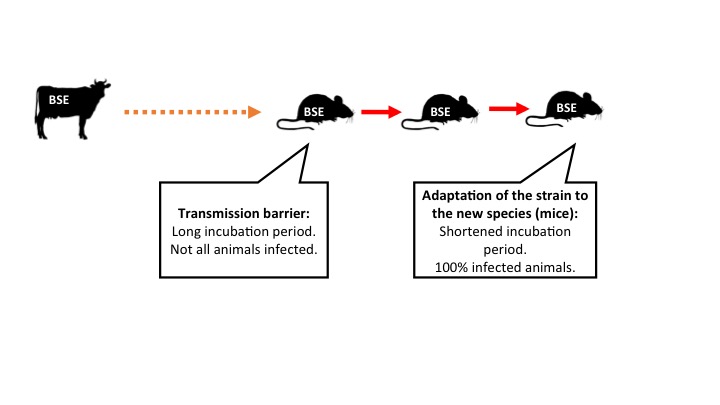 This adaptation is explained by what is known as conformational selection theory: the cellular prion  protein of the new host would select (and amplify) from the infectious prion the conformation that best suits it. The hypothesis assumes that a prion strain would consist of a mixture of different conformations and, depending on the host, one would predominates over the others. Experts on protein structures are trying to define which conformations are what make a prion protein more susceptible to misfolding.

A new form of prion replication is described for the first time in a study recently published in the journal Proceedings of the National Academy of Sciences (PNAS) in which prions are able to propagate in the new host but are not adapted and preserve Its original characteristics: NAPA or non-adaptive prion amplification.

A considerable part of the in vivo experiments with mice of this study have been carried out inIRTA-CReSA’s  level 3 biocontainment unit and in PRIOCAT laboratory, both  meet the biosecurity conditions necessary to work with these infectious agents. This unit of biocontention is part of the RELASB, the network of high biological safety laboratories in the map of Unique Scientific and Technical Infrastructures (ICTS) in Spain. The in vitro experiments were carried out by the group of Dr. Joaquin Castilla of the CICbioGUNE in Bilbao, a group with which we maintain a close collaboration. The study was led by the group of Dr. Glenn Telling of the Colorado Prion Research Center (PRC) in the United States and included the collaboration of other US and Italian groups.

The study describes, among other examples, how scrapie prions (a TSE affecting sheep) can be replicated inefficiently in transgenic mice that have the prion protein of the horse and yet are unable to adapt and continue to propagate in this species. Instead, they can be replicated efficiently in a mouse that expresses the sheep prion protein. That is, they retain the properties of the original inoculum. The study has also shown, for the first time, that horses are resistant to infection by several different strains of prions. It seems that this is due to a special conformation of its prion protein. 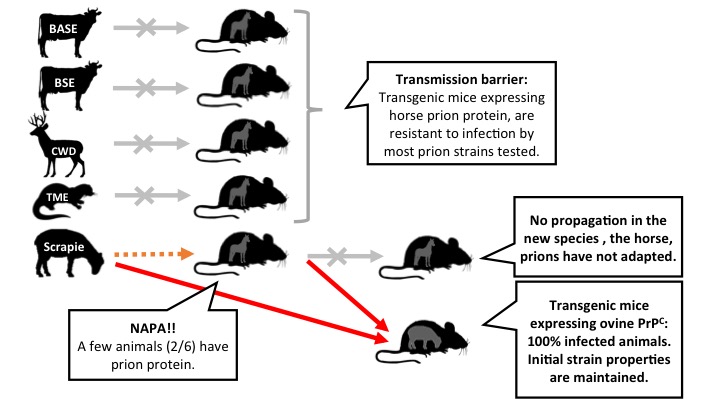 Interestingly,  this model could explain the inefficient transmission of BSE, Bovine Spongiform Encephalopathy or mad cow disease, to humans … the hypothesis is that this is another case of NAPA. Humans can be infected with BSE but this prion does not adapt to our species. Perhaps that is why despite having been exposed to BSE prions the number of vCJD cases in people has, fortunately, been relatively small. 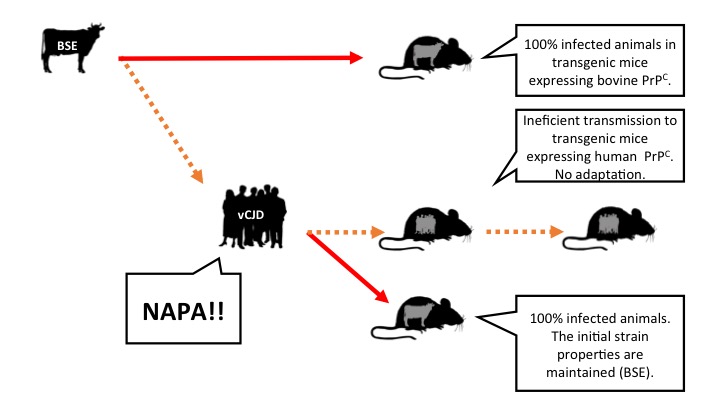 Figure 3: Hypothesis, based on results of experiments with transgenic mice expressing cattle or human prion protein and postulating that BSE has not adapted to the human species, but is able to amplify and accumulate itself. vCJD: Variant of Creutzfeldt Jakob disease (caused in people by ingestion of prions of mad cow). Legend: arrows represent intracerebral inoculations. Orange: inefficient transmission. Red: efficient transmission (click on the image to make it bigger).

In any case, it is necessary to continue investigating on the pathogenesis of these rare diseases since at the moment we have not yet discovered neither treatment nor prophylaxis to solve them.