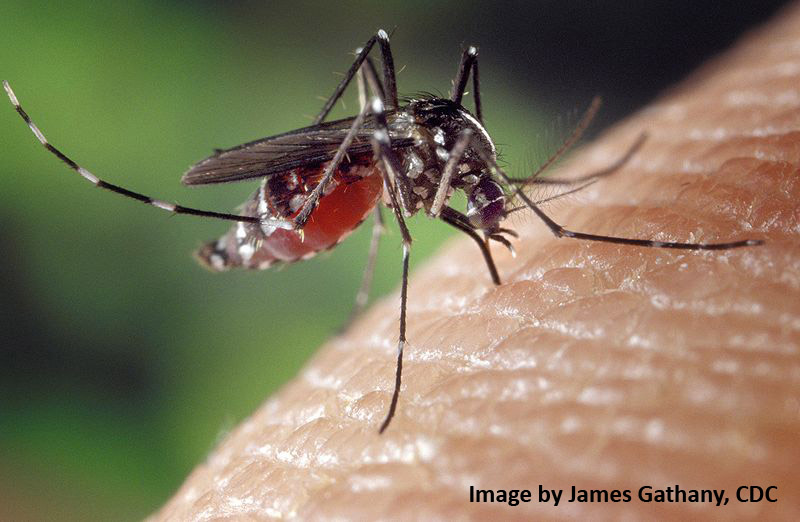 We already have it here … perhaps it only comes to visit, or perhaps one should say that it returns to visit … we do not know if it’s for a few days or for many years.

Two people affected by Dengue virus have been detected in the Murcia region. They are a man and a woman, between 50 and 60 years old, who share a home, and have family ties between them. It is not imported dengue because it would mean that these two people, who are not a couple, had a recent travel history to an endemic area. Not the case, this dengue was caught in the peninsula. The confirmation of the cases is dated October 4 while some sources comment that the infection took place at the end of August, which puts a question mark on the speed of the surveillance and diagnosis plans. A third person, a woman from Madrid, who coincided with the other two on a vacation in Cádiz, showed symptoms compatible with the infection a few days ago. In any case the two people of Murcia have recovered clinically and none of them is in danger (normal, because dengue has a very low mortality rate in immunocompetent people).

Dengue is a disease caused by a flavivirus, and most people suffer it asymptomatically. In the cases that there are symptoms these are initially similar to those of a flu: high fever, intense headaches, pain behind the eyes and in musculature and joints. Occasionally vomiting The symptoms appear between 3 and 14 days after the mosquito bite.

Dengue is not transmitted from person to person, only though infected mosquito bite. For this disease there is no specific treatment or vaccine, (well, in fact there is one “recommended” by the WHO, but read this link, read…), so medical attention is focused on alleviating the symptoms and giving life support to the most serious cases (sounds familiar, right? it was the strategy against Ebola until the arrival of the vaccine).

The only competent vector known for the transmission of dengue in Spain, right now, is the tiger mosquito (Aedes albopictus) that has colonized the entire peninsular east (and this includes Murcia) but has also arrived in Aragon and the Basque Country taking advantage of the Ebro river, probably. Aedes aegypti is also a very good vector of Dengue virus, as it is of yellow fever and Zika virus and was isolated to Fuerteventura at the end of last year but in principle it has been considered as eradicated … and in any case it has not yet jumped to the Peninsula. The peninsula is not a “rare avis” for cases of indigenous dengue or chikungunya since they have been described in nearby countries such as France, with the first indigenous case in 2010, or Italy. And of cases imported into Europe, in 2016 more than 2800 were counted.

The problem right now is that you do not know the point of infection, between Cádiz and Murcia there are many kilometers, which makes it difficult to do an intensive entomological study (which involves capturing specimens of mosquitoes from the probable area) and therefore the subsequent epidemiological derivatives.

Neither is it known about the serotype … of the Dengue virus, five serotypes are known. To contract one of them immunizes for life from a reinfection by the same serotype but not towards the others. Worse still, if a person suffers two successive infections with two different serotypes, he has a higher probability of developing a hemorrhagic dengue, the most severe form of the disease, which mainly affects immunocompromised children.

And the fact is that the progression of dengue is spectacular. The World Health Organization (WHO) reports more than 100 countries where the disease is endemic (in the 70s of the last century there were only a dozen countries in that list). A study of the same WHO estimated that they have gone from 100 to 400 million people affected, of which a quarter were clinically compatible with the disease and of these, some 500.000 people ended up resorting to public hospitals (300% more), with a mortality rate in this group of 2.5%.

Mosquito trap for virological surveillance in the vicinity of patients with imported Dengue.

The Center for Research in Animal Health (IRTA-CReSA), has been working for more than ten years with mosquitoes (the very local Culex spp, but also newcomers such as Aedes albopictus) and viruses transmitted by them, such as the Rift Valley fever virus, the West Nile virus, Chikungunya virus, the Zika virus or the Dengue virus itself. CReSA is also responsible for the virological surveillance of mosquitoes in the areas where the human cases imported into Catalonia live within the framework of the surveillance program for arboviruses transmitted by mosquitoes in Catalonia coordinated by the Department of Health. Recently CReSA arbovirus and arthropod vectors research group has shown that the tiger mosquito is susceptible to the two serotypes, 1 and 2 (responsible for the autochthonous outbreaks in Europe) and that it is capable of transmitting serotype 1. This study has been the first to test the transmission capacity in Europe with environmental conditions that mimic temperature and humidity in a Mediterranean summer context (Brustolin et al., 2018). On the other hand, already in 2015 CReSA detected the Dengue virus in a local tiger mosquito in Catalonia within the framework of the surveillance program mentioned above (Aranda et al., Accepted). Taking into account the dates of the infection reported in Murcia, most likely the transmission chain has already been broken. With the time elapsed since the infection and the arrival of the cold that leads to an interruption of the mosquitoes natural cycle… winter is coming … if there is no transmission of the viruses of the infected females to their last egg laying, which can survive in winter (they resist temperatures of up to -10ºC) and emerge as adults in the spring … something Aedes albopictus has shown that it can do for some arboviruses.

The author wishes to acknowledge the critical review of this post by Dr. Nuria Busquets.