Viral comments (5): another crown from the East 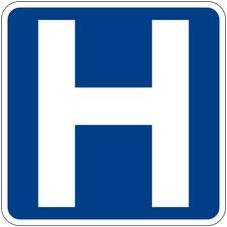 A new coronavirus (from the same viral family as the SARS) has emerged from the Middle East. Since 2012, cases of a coronavirus infection (initially in Saudi Arabia, then also in Qatar, United Arab Emirates and Jordan, although now it have been spread to Great Britain and France) with an apparently high death rate have been reported.

Some studies suggest that this new coronavirus has a greater ease of replication that SARS virus, which caused a high concern between 2003 and 2004 in the Southeast Asia (China, Taiwan, Hong Kong, Singapore, Vietnam, Philippines, although it reached Canada and US) with a death toll near to 800 and more than 8,000 persons affected. However, the quick spread ability does not necessary involve a greater virulence. Infectious dose or contact time necessary for infection have neither been proved.

A large part of affected persons are elderly who already had any other health problem. In many cases, infected persons develop a serious pneumonia. The proportion of asymptomatic cases and persons in which the infection is accompanied by a mild illness (with symptomatology of flu) who do not go to the hospital is unknown.

The origin of the virus remains also unknown; nevertheless, it would not be daring to say that it could be originated in the animal world (camels, goats and even bats have been suggested), so it could be another zoonotic virus. The main concern is that it could become or show a strong ability to person-to-person spread. The person-to-person spread has been already proved in France some weeks ago: an infected individual (who just came back from a trip to Saudi Arabia) transmitted the virus to his hospital roommate. Both share the same room not more than three days. However, the ease of the transmission is questioned, as it has taken more than nine months to notice it since the first description of the new virus.

With the World Health Organisation focusing on the new virus, a large part of the questions about the virulence, spread ability and epidemic potential of the new species are expected to be answered in the coming weeks.

Of course, the virus can always mutate.