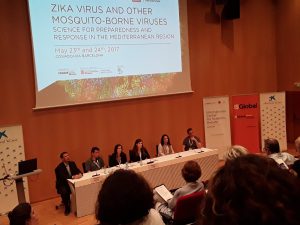 A few days ago, in Barcelona, ​​an interesting debate was held on viruses transmitted by arthropods, that is, mosquitoes and ticks among others. The debate was a B-DEBATE, from the International Center for Scientific Debate, organized by Biocat, La Caixa Foundation and Barcelona Institute of Global Health (ISGlobal) and was quite interesting. A few notes.

We have already spoken on this blog several times about vector borne diseases. Many of you are aware of Zika, Chikungunya, and the classic dengue or yellow fever virus, but we must not  forget others such as West Nile fever virus or Rift Valley fever virus, or the virus of The Crimean-Congo haemorrhagic fever (transmitted by ticks that caused a death in Spain in 2016). In this debate, centered on Zika, these other aforementioned actors also appeared.

The debate was structured in several sections: 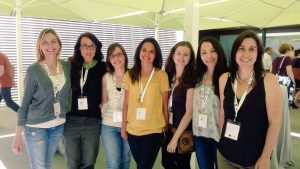 In this debate, which accounts with a broad presence of IRTA-CReSA staff, Núria Busquets was co-chairing the session Entomology and Environmental Drives of Arboviral Infections.

In the debate, quite successful, different subjects arose.

A debate that provided some answers but also left many questions unanswered, or with unsatisfactory answers, and this should be our goal for the next few years.