PRRS, a virus drooling on the ropes 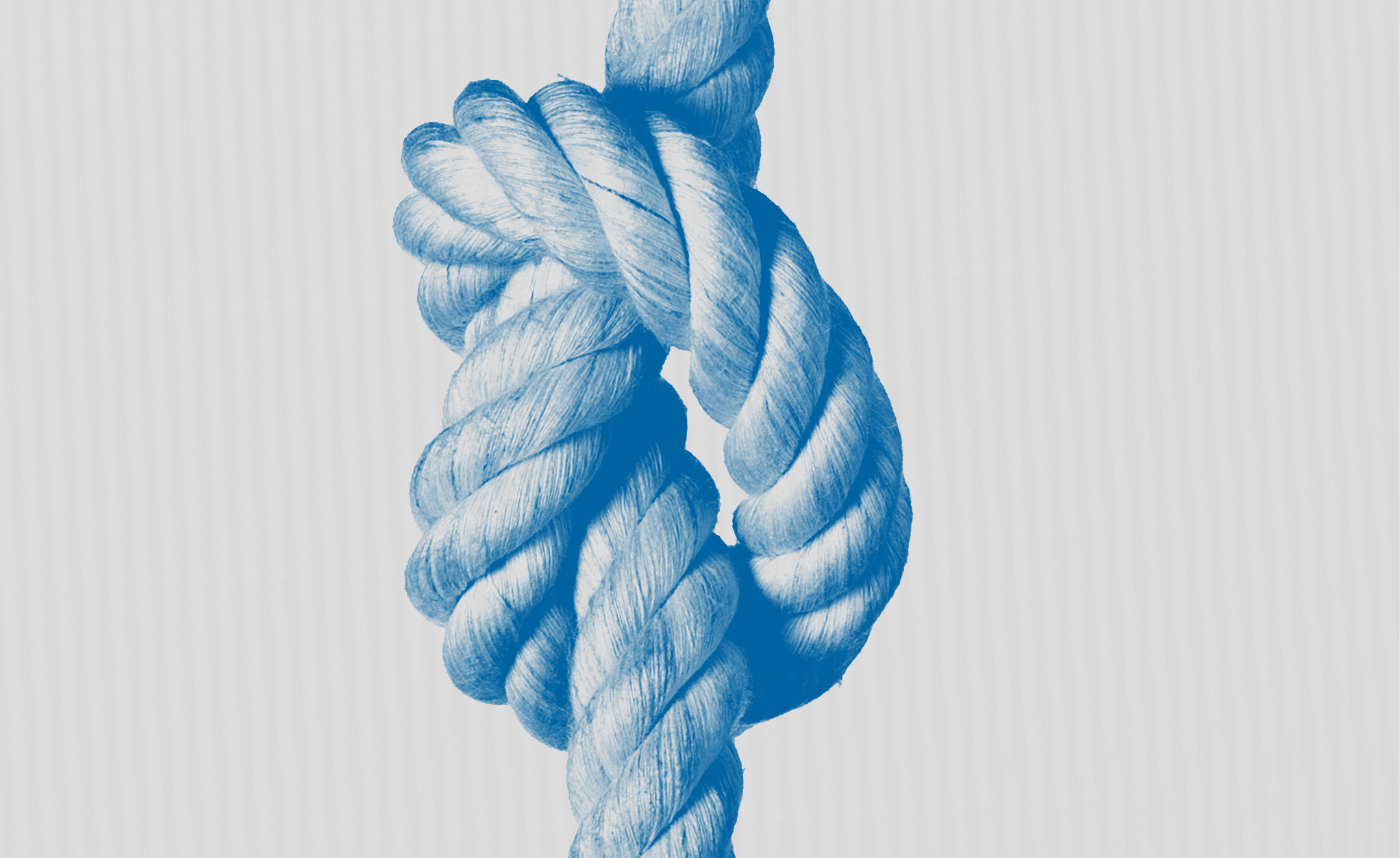 Currently, porcine reproductive and respiratory syndrome, more commonly known as PRRS, its acronym, represents one of the major headaches of the pig farms in the country. An outbreak of PRRS causes reproductive problems in sows, such as abortions in the last third of gestation, preterm delivery and birth of weak piglets, many of which die before they are weaned. In the transition piglets and fattening pigs  PRRS is manifested by respiratory signs, growth retardation and increased mortality. As a result, the economic losses are very high, ii is indeed one of the most costly diseases for intensive pig production systems.

However, the big problem of PRRS are not the outbreaks  themselves, but the fact that the virus persists in the farms, and between 1.5 and 3 years later an outbreak of the disease reappears. In fact, removing the virus from a farm is relatively easy, the problem is that most farms in our country are infected and in places where the concentration of pig farms is high, it is almost impossible not to be reinfected.

But the complexity of this virus does not end here, with a high mutation rate the viral genome is constantly changing and it is, thus, extremely difficult to produce a universal and effective vaccine. Thus, the control of this disease should be based on the early diagnosis and monitoring of farms, biosecurity, handling and immunity, even from a regional perspective beyond one’s own farm. 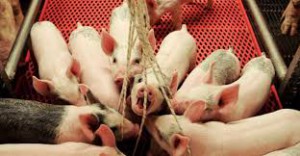 Piglets chewing on ropes and impregnating them with saliva.

In the regional programs of control and eradication of the virus farms are classified according to their infection status. This classification is established according to diagnostic results based on the detection of the virus or antibodies in blood. This means having to bleed the piglets regularly to detect virus circulation and the less animals an infected farms has, the harder it is to detect it. In addition, pigs are animals that get stressed easily and to get an overview of what happens at the exit of maternity or a transition is not easy, it requires time and money.

For this reason in the United States, the world leader in pig production and much affected by PRRS virus, researchers looked for an easier and cheaper diagnosis. At the end of the 90s the virus was detected the in the saliva of infected pigs, but it was not until the first decade of 2000 that the possibility of detecting the virus in saliva collected using ropes hanging in the corral was considered. From that moment, they conducted various studies, taking advantage of the inherent behavior of the pigs to explore, and established an easy, non-stressful, inexpensive and powerful assay, since they could sample many animals at the same time. Today, this technique is used widespread in the US. However it seems that in Europe its implementation in not as popular. Considering that the virus present in North America is a different virus species from that in Europe, an accurate assessment prior to the use of this system was needed. .

On Friday 31 March at 12:00 I will read the thesis at the Thesis Hall of the UAB  Veterinary Faculty entitled: Evaluation of the efficiency of the use of oral fluids in the diagnosis of PRRSv . The thesis has been developed in the laboratories of IRTA-CReSA under the direction of Dr. Enric Mateu UAB researcher affiliated to IRTA-CReSA and has been financed by projects RTA2011-0119 C01-00-INIA and FEDER.

My thesis focuses on the evaluation of the detection of PRRS virus in saliva as a diagnostic method for pigs, especially in extreme situations, in farms with a few  infected animals, where the diagnosis is key to the classification of the farm for control and eradication programs. 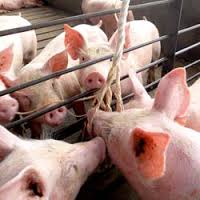 Saliva is recovered form ropes and the presence of the virus is determined.

First we studied the presence of the european virus in saliva samples collected with a swab in vaccinated and unvaccinated piglets. The second step was to identify and improve the diagnostic process steps that could be critical for the detection of the virus. And the latest study was to apply all this knowledge  to the construction of a simulation of the detection of the virus in saliva in farms of different sizes and with different levels of infected animals.

The main practical results we obtained were an optimized protocol for the collection, processing and analysis of saliva for detection of PRRSv and at the same time, we validated its use in farms near eradication of the virus,  i.e. with very few infected animals. This thesis takes a step forward in the diagnosis and control of PRRS, improving animal welfare, the efficiency of detection of the virus in saliva and the knowledge of the limits of this technique.

The thesis has given rise to two scientific publications: