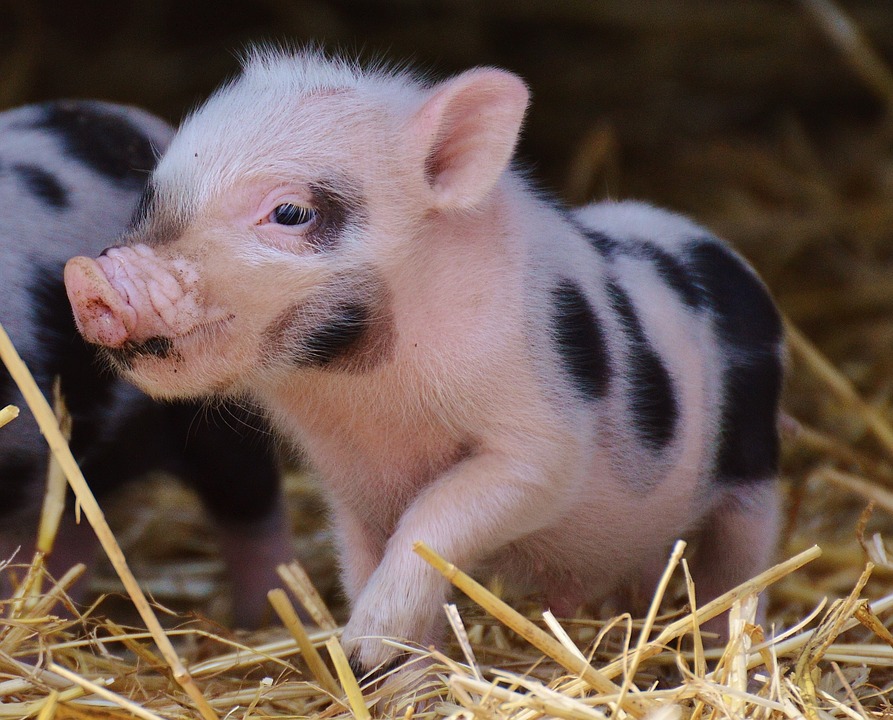 The use of antimicrobials to control bacterial diseases is a common practice in porcine production.  They can no longer be considered only beneficial, but also potentially deleterious for favorable bacterial populations. Despite the undeniable fact that usage of antimicrobials plays a vital role in the production of food-animals and in protection of public health, they have proved to negatively affect the beneficial microbiota.

The microbiota is a key factor for the well function and homeostasis of different body systems in animals. Knowledge on microbiota composition can result in the identification of potential bacterial groups associated with health, although many factors can interfere in the establishment of a so-called adequate microbiota, such as environment, pig production system, pig genetics and antimicrobial treatments. Microbial dysbiosis, which may appear secondarily to antimicrobial use, can facilitate pathogen infections and enhance the tissue damage inflicted by pathogenic bacteria. The use of metaphylactic antimicrobials, especially early in life, can have a deleterious impact in animal health through the alteration of the microbiota composition.

In pigs, it has been demonstrated that the microbial communities inhabiting the nasal cavities at weaning may influence the development of Glässer’s disease later in life and perinatal antimicrobials are sometimes used to reduce the risk of this disease. In this study, the effect of antibiotic treatment early in life was analyzed on the bacterial communities from the piglet’s nose and the association with health status later in life was evaluated. Piglets from two different farms were sampled at weaning, when antimicrobial treatment was used early in life, and later, when no antimicrobial treatment was used during the lactation period. Removal of perinatal antimicrobials resulted in an increased bacterial diversity in nasal microbiota at weaning. 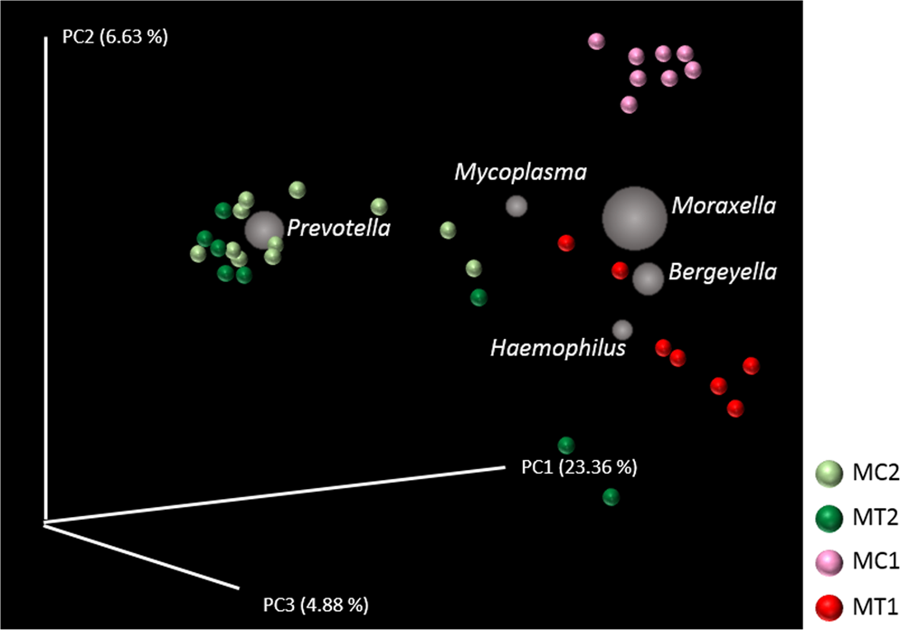 This effect has been associated before with a better health status. Concurrently, elimination of antimicrobials produced an increase in the relative abundance of beneficial bacteria within Prevotella and Lactobacillus genera, and a decrease in the potentially pathogenic bacteria from Moraxella and Bergeyella genera. These changes in microbiota composition were accompanied by a significant reduction in medication cost by pig and mortality rate in both farms. Moreover, a tendency for reduction in feed conversion ratio (FCR) was observed although it was not statistically significant.

Altogether, this analysis revealed the benefits of the elimination of perinatal metaphylactic antibiotic treatment in piglets’ health through modulation of the nasal microbiota composition. Based on the long-term results presented herein, antimicrobial treatments should be carefully applied especially at early stages in life, when the cross-talk with commensal microorganisms will determine the microbiota establishment throughout life.