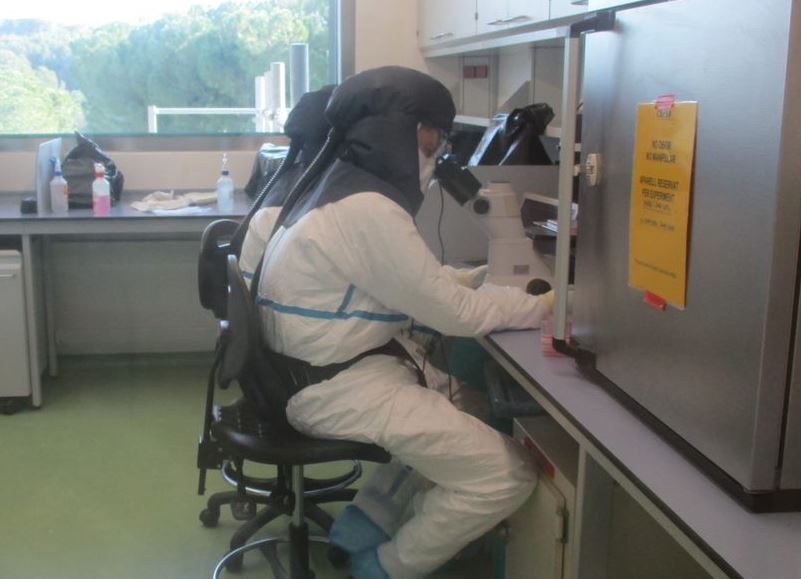 The consortium consisting of IrsiCaixa, the Barcelona Supercomputing Center (BSC) and the Animal Health Research Center of IRTA (IRTA-CReSA), with the support of the pharmaceutical company Grifols, will publish on time the results of in vitro SARS-CoV-2 experiments performed with drugs that are currently available on the market and therefore safe for human administration. The data will be published every two to three weeks as they are generated on an open access server and on the IrsiCaixa website. This will help design clinical trials for the new coronavirus, identify drugs that may be more potent in combination, and provide rapidly available therapeutic alternatives.

For the time being, scientists have confirmed the efficacy of SARS-CoV-2 on hydroxychloroquine, a malaria drug and for certain rheumatological diseases, and remdesivir, an antiviral used in a number of trials in patients with COVID-19. “The data we have is very preliminary, but the information generates judgment. Having treatment alternatives will cover most of the population and solve potential drug supply problems. Some results may double or quadruple the existing therapeutic options,” says Júlia Vergara-Alert, researcher at IRTA-CReSA.

The consortium will evaluate the efficacy of in vitro infected cells from drugs given individually or in combination. The drugs that show the highest efficacy will be tested in animal models at the IRTA-CReSA center, which has the High Biocontainment Unit of Biosafety Level 3, that allows in vivo experiments and replication of infection cycles in animals.

The best antiviral treatments always combine different drugs that act at different times in the virus infection cycle, such as with antiretroviral therapy against HIV. In addition, the combined use of drugs hinders the appearance of resistance. To do this, drugs that work against SARS-CoV-2 will be analyzed at an early stage, preventing virus entry into the cells, and others that act once the virus has penetrated the cell. The first group includes hydroxychloroquine, a malaria drug that is already being used in a clinical trial in Catalonia to prevent infection in the contacts of people diagnosed with COVID-19, as well as in other clinical trials worldwide. Early experiments confirm its in vitro efficacy against the new coronavirus. In the second group, researchers have confirmed the anti-SARS-CoV-2 efficacy of remdesivir, which was initially designed against Ebola.

In vitro experiments have also been used to rule out drugs that have been proposed as treatment and that in some cases are part of clinical trials, such as tenofovir + emtricitabine; HIV protease inhibitors darunavir, fosamprenavir, nelfinavir, and saquinavir; chlorpromazine, a treatment for schizophrenia; and amantadine, a flu-A drug also used against Parkinson’s. In addition to antivirals, the list of drugs to be analyzed includes antiparasitic agents and antibiotics.