The Public Health Agency of Catalonia activates the protocol against arboviruses 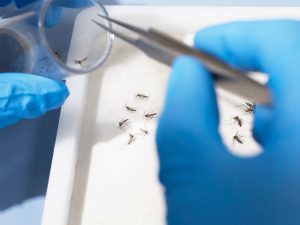 From the end of June, the Public Health Agency of Catalonia (ASPCAT) has once again reactivated the protocol for the surveillance and control of arbovirosis transmitted by mosquitoes in Catalonia.

Prevention is emphasized in case of detection of cases of infection by Zika virus, chikungunya or dengue and the presence of active adult mosquitoes potentially transmitting these diseases. The high temperatures of the summer favor the presence and proliferation of mosquitoes, such as the tiger mosquito. This coincides with the increase in passenger traffic between Catalonia and areas where the transmission of these viruses is active. The Protocol for the surveillance and control of arbovirosis transmitted by mosquitoes in Catalonia, prepared within the framework of the inter-agency Commission for the prevention and control of mosquito vectors, establishes the measures to be carried out in this situation.

How does it occur when there is a suspected case of an infected person?

Before the notification to the Epidemiological Surveillance Network of Catalonia (XVEC) of a suspicion of infection by Zika virus, chikungunya or dengue that is in the viremic period or that it has been part of this period in Catalonia, the ASPCAT activates the communication of the case in the city council where the patient resides and moves to the county and the corresponding mosquito control service according to the territorial area. These organisms perform an entomological inspection in the area to evaluate the presence of adult larvae and mosquitoes and establish the prevention and control measures that must be carried out. The town councils take the necessary measures and the councils support the services of control of mosquitos and the city councils for the accomplishment of the entomological inspections and for tasks of control of mosquitos. Likewise, mosquitoes are collected and analyzed at the Center for Research in Animal Health (IRTA-CReSA) to verify that they do not have a virus. At the same time, the Department of Health provides recommendations to the affected person to avoid bites.

In the year 2018, a total of 190 suspected arbovirus were reported to the XVEC, of ​​which 93 cases were confirmed and 60 remained as likely. Of confirmed cases 6 (6.4%) corresponded to Zika virus, 9 (9.6%) to chikungunya virus and 78 (84%) to dengue. The probable cases corresponded mainly to Zika virus (77%). All cases have been of imported origin with the exception of a confirmed case of dengue without travel history. As a result of these notifications, and within the framework of the Protocol for the surveillance and control of mosquito-borne arbovirosis in Catalonia, 77 entomological inspections and 39 analytical determinations were carried out to determine the possible presence of mosquito viruses, the results of which were negative.

As a result of the entomological monitoring actions carried out by the Department of Agriculture, Livestock, Fisheries and Food through the Rural Agents and the Department of Territory and Sustainability, and the application of the Protocol, in 2018, To detect the presence of the tiger mosquito in 54 new municipalities. This year will continue to carry out these actions in order to keep track of the distribution of the tiger mosquito in Catalonia.

The Catalan Public Health Agency recalls that prevention is the best method for controlling mosquitoes: the most effective is avoiding the placing of eggs and the growth of their aquatic larvae, eliminating or controlling all water points where it can grow, such as vases, buckets, dishes under the pots, dishes of domestic animals, etc.