Generally, the most effective measure to control mosquitoes disease vectors is to monitor and eliminate their breeding sites. However, when there is an epidemic outbreak of any of these diseases in a region, zone or city, it may be necessary to apply spray or spray insecticides to eradicate adult mosquitoes in the area and stop or prevent the spread of the disease. The applications of these products in an outer zone are only carried out in extreme cases, since insecticides, as well as killing the mosquitoes that interest them, can also affect other species of insects that are beneficial for the environment, they use correctly. On the other hand, it is still a harmful product for people, so these treatments are done in highly controlled conditions.

Currently, the World Health Organization (WHO) allows the use of four types of insecticides to eliminate mosquitoes in case of epidemic outbreaks: pyrethroids (permethrin, deltamethrin and cyhalothrin), carbamates (bendiocarb and propoxur), Organophosphates (pyrimiphos-methyl) and organochlorates (DDT). The last one, currently not in use in the European Union, is therefore only used in indoor spaces and mainly in the control of malaria. Some of these insecticides are also known in other areas of insect control, for example in the control of agricultural pests, urban plagues or in humans in the case of lice. In the case of mosquitoes, the most commonly used insecticides are pyrethroids. However, when insecticides are used there is a very high risk of developing resistance to these products over time, and this can be an important problem for public health.

Why insects become resistant to some products?

Resistances occur when a population of insects genetically acquires the ability to tolerate a dose of the product that was originally lethal by the population of the insect. Currently, the exact doses that make the different species or genera of mosquitoes become resistant to some insecticides are unknown. Recently, a study made by researchers from the research line of arbovirus and arthropods of the IRTA-CReSA, the Mosquito Control Service of the Baix Llobregat and the Institute of Global Health (ISGlobal) with international collaboration, has studied the resistance to insecticides of different populations of mosquitoes present in Catalonia.

During 5 years, researchers have collected samples of mosquitoes from the Culex pipiens, Aedes albopictus and Aedes caspius species, from different parts of Catalonia. The study, published in the PLOS ONE magazine, shows that pyrethroids are the most effective insecticides to eliminate the tiger mosquito, but instead they are not for the common house mosquito (Culex pipiens). In fact, it has been shown that the common house mosquito populations in Catalonia are resistant to the four types of insecticides currently permitted. 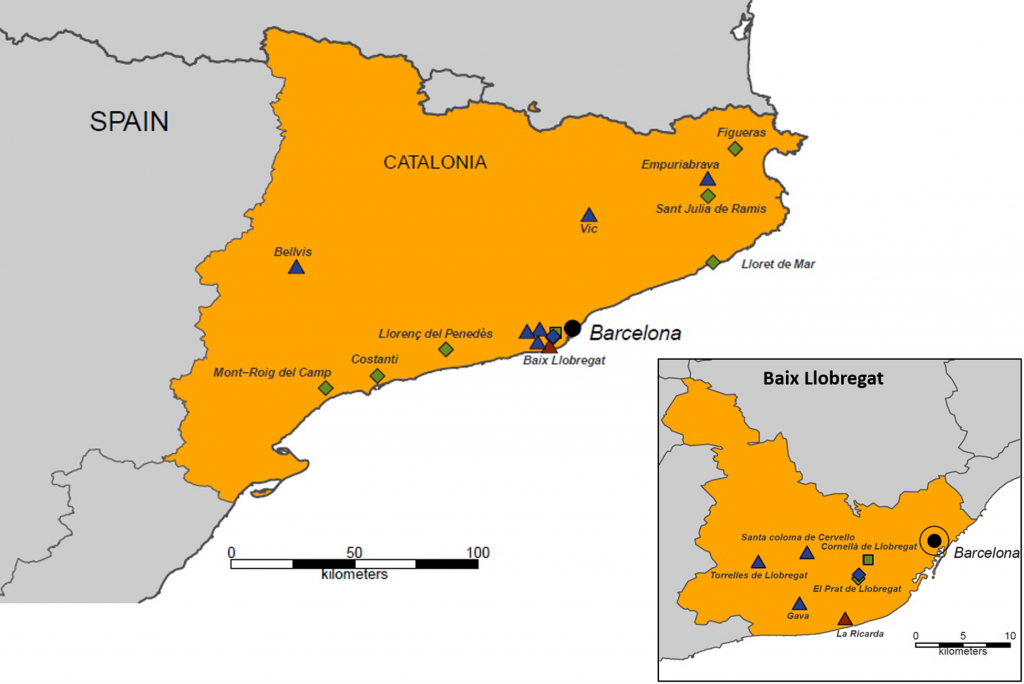 The experiments have been done with samples from different points of Catalonia.

One of the most prominent results was that all the analyzed common house mosquitoes populations were resistant to, at least, one of the proven pyrethroids. In addition, they were strongly resistant to DDT, although this insecticide is not used since the 70s. In the case of organophosphorus tested in the experiment, the result was even more surprising, as it was shown that Culex pipiens is almost insensitive to this product. In fact, in some samples mortality was 0%. However, in the case of the tiger mosquito, all the populations experienced were susceptible to the entire variety of insecticides, except for organophosphorus, which had a lower effectiveness.

These results reinforce the idea that in cases of epidemic outbreaks the tiger mosquito can be effectively controlled with pyrethroids. In fact, the European Union recommends exclusively the use of this insecticide in local and regional areas. In the case of the common house mosquito, the situation is more complicated, since there are no other effective insecticides for this species. For this reason, the authors of the study explain that management strategies must be developed taking into account the resistance to insecticides and the possibility that they appear in other species of mosquito disease vectors. All this also requires continuous entomological monitoring to study the dynamics of the mosquito populations present in Catalonia and continue to study their susceptibility to the different insecticides.