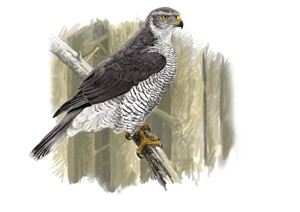 For more than 10 years IRTA-CReSA has carried out the diagnosis and technical assessment of the West Nile virus surveillance program in Catalonia as a service by the DARP. This program was initiated with the objective of detecting early the circulation of West Nile virus (WNV), a virus that can affect wild birds and equids and is transmitted by mosquito vectors to human beings.

Currently, surveillance is based on both active surveillance (in birds and equids that do not present any type of symptomatology) and in passive surveillance (in birds or equidae with symptoms compatible with the disease, especially neurological disorders or found dead) throughout Catalonia. The diagnosis in the case of passive surveillance is carried out in the level 3 biosafety facilities of IRTA-CReSA (a RLASB ICTS node). This program has allowed for the first time the detection in Catalonia of West Nile virus in a wild bird, in a goshawk (Accipiter gentilis) found in the municipality of Alguaire, in the Segrià region, Lleida. This species is migratory and scarce wintering in the zones where it does not nest or nesting resident in good number to inner regions of the central depression, in the Pre-Pyrenees, and in the northern sector of the Pre-coastal mountain range. The found goshawk was dehydrated, apathetic, with weight loss and later the nervous signs appeared, for which it had to be sacrificed.

On October 11, the brain sample of this goshawk was received at IRTA-CReSA, and WNV was detected by molecular biology techniques at high concentrations in that sample. The sample was sent to the Central Veterinary Laboratory (LCV) of Algete for confirmation, while in parallel the CReSA proceeded to the design of the special surveillance zones around the point where the dead bird was found and the Center of Wildlife of Vallcalent. This design was immediately transmitted to the DARP, which is responsible for the control and prevention measures for the transmission of the virus in the area. Subsequently, the LCV confirmed the diagnosis by the West Nile virus of lineage 2. 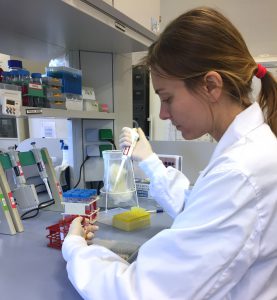 Currently the IRTA-CReSA within the framework of the program of alert against West Nile Virus (DARP) is analyzing samples of birds and horses that could have been in contact with mosquito vectors to determine if the virus has recently circulated in the nearby area where the goshawk and the surroundings of the Wildlife Center of Vallcalent were found. In addition, mosquitoes have been captured in the Wildlife Center of Vallcalent, finding that there is very little or no activity of mosquitoes. In a near future, we will try to isolate the virus and characterize it molecularly to investigate its phylogenetic origin.

IRTA-CReSA researchers highlight the importance of surveillance programs as a means of preventing outbreaks of diseases in areas where they have not been previously detected. Programs in which specialists from different disciplines participate. In this particular case, IRTA-CReSA has participated in virology, veterinary, entomology, epidemiology and laboratory technical personnel to determine the circulation of West Nile virus.