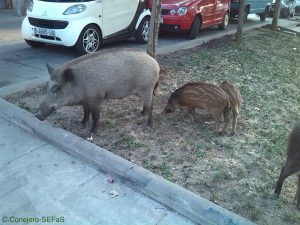 Wild boar populations have substantially increased in Europe during the last decades. The great adaptability of this native wild species to a wide range of habitats has also prompted its appearance in urban and suburban areas in the last years, being nowadays common in big cities like Barcelona or Berlin. This novel situation regarding urban wild boars poses several conflicts like traffic accidents, occasional aggressions or the possibility to transmit diseases to other animals and human beings.

Streptococcus suis is a bacterium that occurs naturally in the oro-nasal cavity of swine (pigs), both domestic and wild. Almost all swine are carriers of this bacterium and generally without having health implications. However, some strains of S. suis are more virulent and may cause disease in domestic pigs, wild boars or human beings. In humans, it is considered a food-borne disease (in developing countries) or related to occupational origin, mainly being affected collectives of people that works in direct contact with pigs, like farmers or slaughterhouse workers. Despite its incidence is in general low, it is considered an emerging disease that can be severe and cause meningoencephalitis, compromise the life or cause non-reversible neurological lesions like loss of audition.

This study aims to assess the public health risk in relation to the transmission of S. suis from urban wild boars. It is the result of a collaboration between CRESA-IRTA (Barcelona), the Montreal University (Canada), the Hospital de Bellvitge (Barcelona) and the Servei d’Ecopatologia de Fauna Salvatge (Universitat Autònoma de Barcelona).

For this study, we sampled wild boar captured in Barcelona city and wild boars hunted in the Collserola Natural Park, the natural area where wild boar population origins. Streptococcus suis was detected in most of the wild boars with a great diversity of strains. We further characterized those isolated strains and compared with strains related to two local human cases of severe meningoencephalitis. One of these cases was a hunter that was injured with the tusk of a wild boar. The strains were compared based on its virulence genes and antigenic profiles, sequence types and genomic fingerprints. The results showed that 4% of the wild boars were carriers of S. suis strains that can cause infection and severe disease in humans. 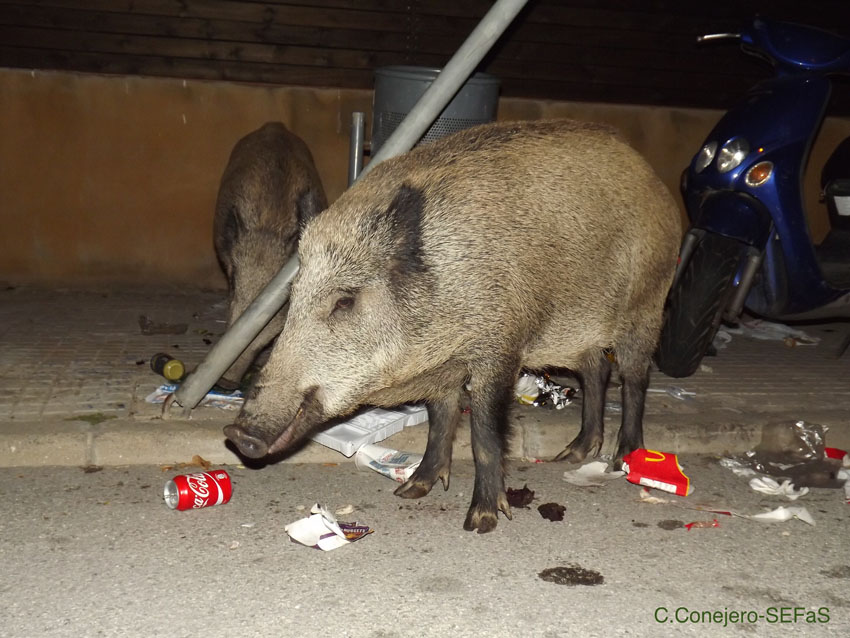 Boars in the city. Photo: SEFas

The transmission of S. suis to humans may occur through interactions with urban wild boars resulting in injuries. To assess this risk of transmission, we also analysed a database of urban wild boar incidences in Barcelona city and classified them depending on the wild boar behaviour. We found an increasing trend of the interventions (2013-2016), but also an increasing trend of the incidences that involved violent and direct contact with humans, including direct aggressions (bites and charges) or pushing for food demand. The increasing habituation of wild boars to urban areas and the consequent lack of fear to humans probably underlie this change of behaviour.

In conclusion, this study indicates a risk of Streptococcus suis transmission from wild boars in urban environments, which can result in severe disease in humans. Consequently, it is important a proper disinfection of any injury that may occur with a wild boar interaction, and sough immediate medical attention in a health centre.