Deciphering the Intricacies of the Swine Fever Virus 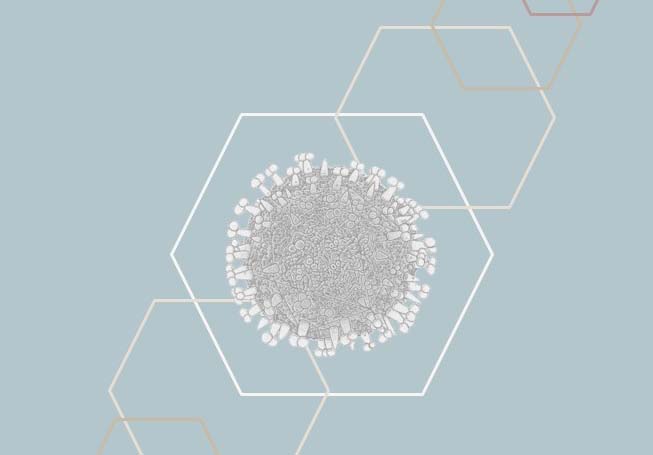 Classical swine fever (CSF) is a highly contagious viral disease of domestic pigs and wild boar which figures on the list of diseases notifiable to the World Organization for Animal Health (OIE). The causative agent, CSF virus (CSFv), belongs to the genus Pestivirus, family Flaviviridae.

The disease contributes to the deterioration of the socio-economic situation of the developing countries in an endemic situation. The lack of financial resources puts in jeopardy the implementation of strategies that involve the massive slaughter of animals in these countries, opting instead for intensive vaccination policies to control the disease. Therefore, despite the great efforts towards its control and eradication, the CSF continues to represent one of the most important diseases for animal health and the pig industry worldwide. 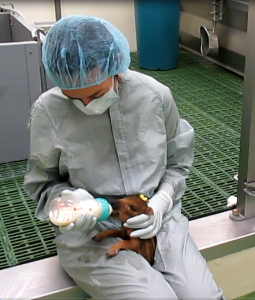 The clinical signs of CSF are highly variable and strongly determined by the virus-host interaction, especially the age of the animals and the virulence of the strain, among others. The circulation and intrinsic importance of low and moderate virulence CSFv strains in endemic regions are currently under discussion. Low virulence strains may induce a high proportion of often inapparent or atypical chronic and subclinical cases. There is a huge need to understand the underlying aspects of this complex epidemiological situation in order to better address the control and surveillance campaigns of each region.

My thesis, directed by Dr. Llilianne Ganges, is entitled: Immunopathogenesis of postnatal persistent infection generated by classical swine fever virus and its implication in the superinfection exclusion phenomenon and i will read it on Friday, April 7 at 11:30 in the Hall of Degrees of  The Faculty of Veterinary Medicine of the UAB.

This thesis comprises a profound study that demonstrates for the first time the ability of low and moderate virulence strains of CSFv to generate new forms of viral persistence, postnataly in domestic pig and wild boar. The results obtained provide relevant information about the mechanisms of immunopathogenesis that explain the generation of apparently healthy animals, which remain viraemic and excrete large numbers of viral particles. Considering the existence of low to moderate virulence strains and their ability to produce forms of persistent infection, the results presented here may have potential epidemiological implications, especially in the endemic context. The absence of specific antibody response in this type of infection assumes that persistently infected animals would go unnoticed under serological control.

This thesis also demonstrates for the first time the ability of the CSFv to generate the exclusion of superinfection (SIE) in vivo in persistently infected animals. This mechanism may explain the non-response of animals with persistent infection after vaccination with live attenuated vaccine (C-strain), widely used in endemic countries. The first model of systemic porcine SIE, whose mechanism has never before been described in a mammalian host, has been shown to have repercussions not only on animal health, but also on human diseases such as, for example, in Hepatitis C virus infection.

This doctoral thesis has contributed to the understanding of the pathogenesis produced by CSFv and opens new lines of research to understand the mechanisms that lead to the generation of immunotolerance and persistence of CSFv.

This project was funded by project AGL2012-38343 (MINECO, Spanish government) and has generated the following scientific publications: