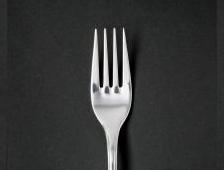 The World Health Organization (WHO) estimated at over 2 million people die from diarrheal diseases (2005), as a result of the ingestion of contaminated food or water. And this problem is not exclusive to poor and deprived areas, although mortality in such places, especially in childhood, is quite high.

Currently, control of microbiological quality of food is based on the detection and quantification of the occurrence of coliform bacteria, which have been considered as indicators of fecal contamination from several decades ago. However, everybody knows for many years ago that this criterion (be free of coliform bacteria), which obviously contributed to the improvement of food safety in general, is not sufficient to protect against viral infections from food. In fact, for some specific foods at the level of retail but also in collective catering centers (ex. shellfish and bivalve molluscan, strawberries, lettuce, green onions and similar), which had passed all regulatory microbiological controls, were detected relatively high loads of human pathogenic viruses.

The fundamental characteristics of the virus in terms of its transmission in food are:
• Viruses cannot multiply in food. Viruses require metabolically active cells to replicate. Like most food-borne viruses are strictly human pathogens (forgive us anthropocentric bias here), their presence in food is a reflection of fecal contamination prior to a further persistence of the virus but not its multiplication. The necessary persistence outside the host, and the fact that it has been infected by crossing quite unpleasant environments (like our stomach and a fraction of the gut, suffering low pH and a harsh environment full of digestive enzymes and bile salts) means that the most viruses involved are non-enveloped viruses with strong stability against desiccation, enzymes, harsh chemicals, etc.
• Most food-borne viruses are very infectious, spread rapidly among individuals. For most food-borne virus, a few infectious particles (10-100) can determine an infection, and each infected person can release up to 10 to 100 million particles per gram of stool (in the particular case of norovirus check Viral Comments (2)). This is the reason that if the first cases of foodborne are not detected quickly, the outbreak seemed to fear an outbreak of person-to-person transmission, since there is often a strong incidence of secondary cases, not attributable to food as a primal cause. Consequently there is a clear underestimation of food-borne viral infections.
• There is no systematic plan for monitoring viral diseases transmitted by food. Some studies suggest that only 1% (or less) of the cases of food-borne viral infections are actually recorded in national surveillance systems. If we remember that the icebergs only 1/10 is shown and 9/10 parts are submerged in the case of viral food-borne infections, the estimation suggests that 99 of every 100 infections are not reported or recorded (they are, then, submerged). We have to take into account that the viruses can use food for their transmission fall into 11 different viral families, which contain all the viral diversity (DNA viruses, RNA viruses, enveloped, non-enveloped, “small” on the order of 25 nm or “great” in the order of 150 to 200 nm) and determine many different clinical symptomatology (gastroenteritis with vomiting and diarrhea, abdominal pain, jaundice, meningitis, rash, …) some which can be confused with non-food infections.

These three factors determine a complex problem that needs further research and also build processes that ensure safe food from its origin, and alternative or complementary treatments to ensure that in case of hypothetical presence of these viruses, the treatment can eliminate their infectivity.

This problem is particularly poignant and needed of solutions for several risky couples or pairs of viruses and foods, which will be the subject of another post. But this, this is another story.