A vaccine produced from plants? 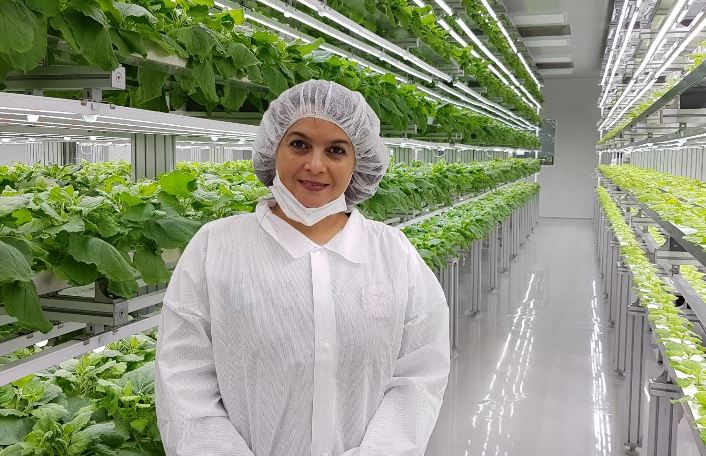 The Korean company Bioapp has been the first to develop a vaccine for pigs against classical swine fever from the Nicotiana benthamiana plant, a relative of the tobacco plant. This is explained by IRTA-CReSA researcher Llilianne Ganges, after visiting the facilities in Korea.

The “HERBAVAC” product is a “green” subunit vaccine against classical swine fever virus (PPC). In addition, the vaccine complies with the DIVA concept, since its use would allow differentiating vaccinated animals from infected ones.

Classical swine fever continues to be a health problem in the pig sector in many countries in Asia, Latin America and even Africa. In fact, FAO considers this to be a problem that affects the food security of developing countries.

Dr. Ganges, from the Reference Laboratory in classical swine fever of the World Organization for Animal Health (OIE) of IRTA-CReSA, affirms that “this innovation of Bioapp is a role model, since it has the capacity to express different types of recombinant proteins in a safe and ecological way that could provide future solutions to the world of veterinary vaccinology”. 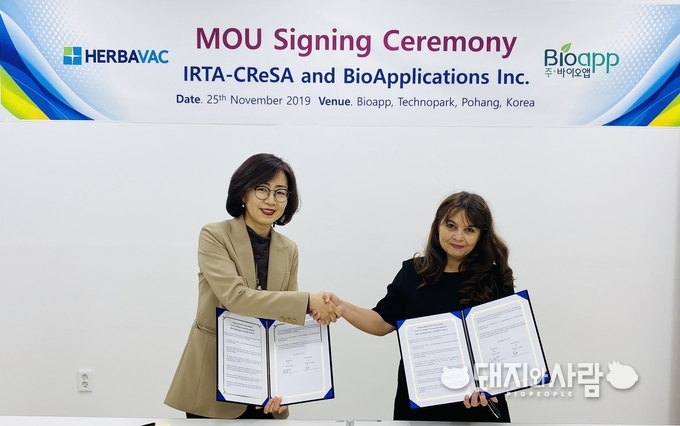 Collaboration agreement between IRTA-CReSA and Bioapp./Bioapp.

The search for new vaccine prototypes remains a challenge for human and veterinary medicine. Advances like this, open up new ways of scientific collaboration that in the future could be used to deal with other viruses such as African swine fever, foot and mouth disease, among other infectious agents that are investigated both in IRTA-CReSA and INIA -CISA, members of the Network of High Biosafety Level Laboratories (RLASB).