Flor Correa participates to the Pint of Science festival 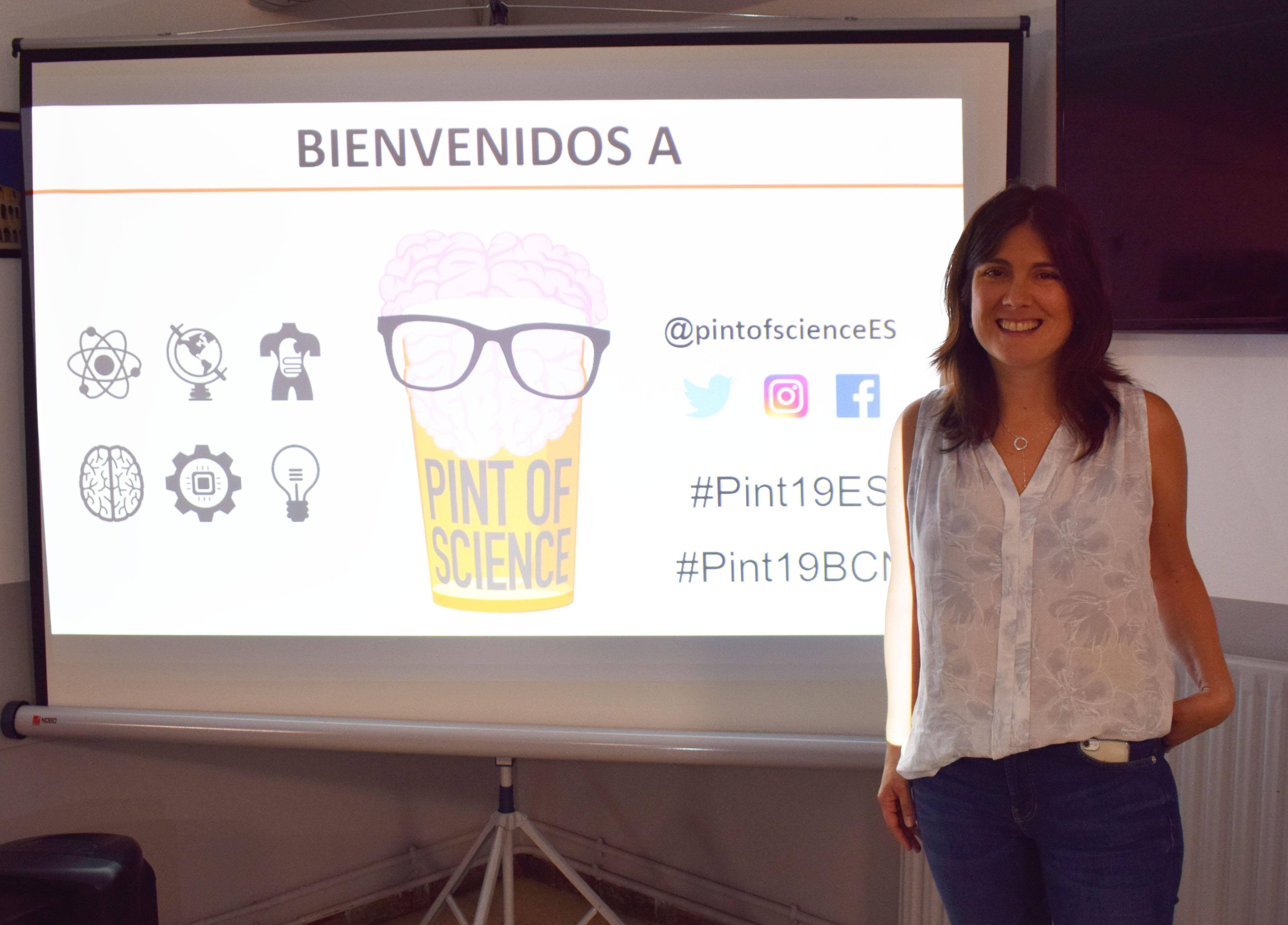 This is the first time that IRTA-CReSA participates in this event of scientific dissemination. On Wednesday, May 22, the IRTA-CReSA researcher Flor Correa told the public at La Cafeteria La Pau in Barcelona what is and what is the importance of the microorganisms in humans and animals, under the title “The power of (microbial) diversity“.

The microbiota is the group of microorganisms that co-exist in different body sites without harming the host, capable of contributing with essential functions for life.  But, what happen when the bacterial communities are altered? How does the microbiota composition affect to the susceptibility to diseases? These were some of the questions Ishe explained in an unusual environment: the pub.

Flor explained that in the lab they found that the bacterial diversity is different in healthy animals in comparison with pigs with respiratory conditions. In general, we observed that the more diversity in the piglets’ upper respiratory tract, the healthier the animal. These results are of great relevance, not only because of the economic importance of the pig in industry, but also because in some cases, pigs can get sick from the same pathogens that humans. Hence, the results obtained are also important for human health. 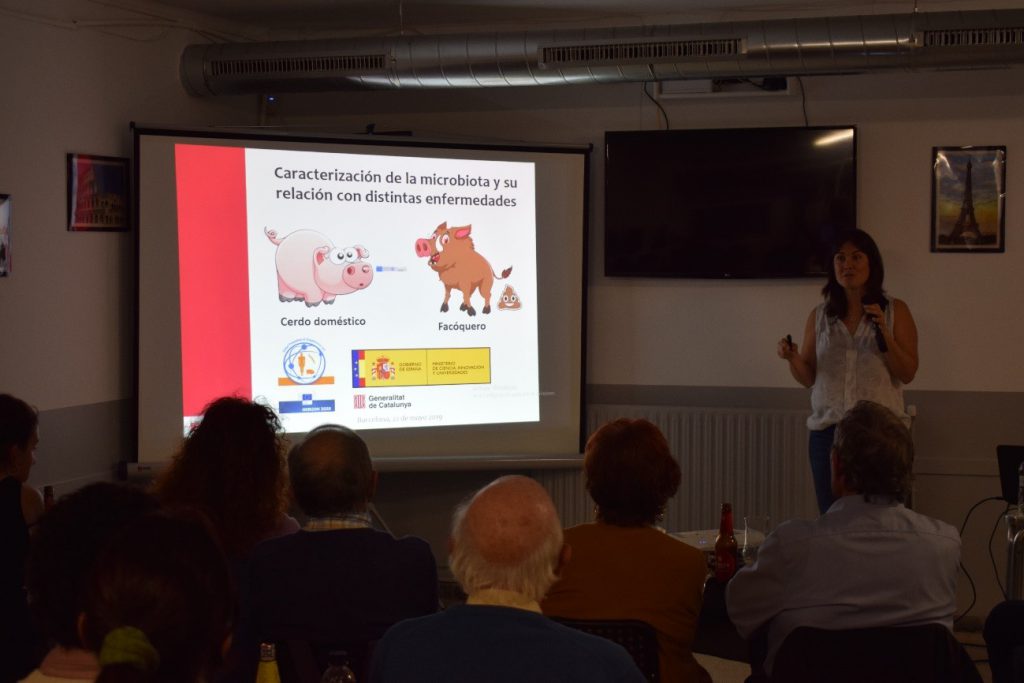 The public, of different ages, was constantly attentive, interested and with many questions. According to Flor, “to feel that you can help people to understand and resolve doubts directly, amaze and with examples very easy to understand was a unique experience.” In fact, for science professionals it is quite common to have the impression of working with complicated and difficult to understand issues. “This makes it even more difficult for people to get to the street and who somehow is interested in the our task “.

This was the first time that the researcher at IRTA-CReSA participated in this event and according to her, “it was one of the best talks I have done in my life, especially because I could see the interest close by of those people with very straightforward and curious questions.” Undoubtedly, activities such as Pint of Science, which has been taking place for some years, help to change the vision of those engaged in research and to understand the social utility of science. “If science does not turn into knowledge for society, it loses its meaning. In fact, -adds Flor- a fundamental part of science is to learn about people’s concerns to keep working.” 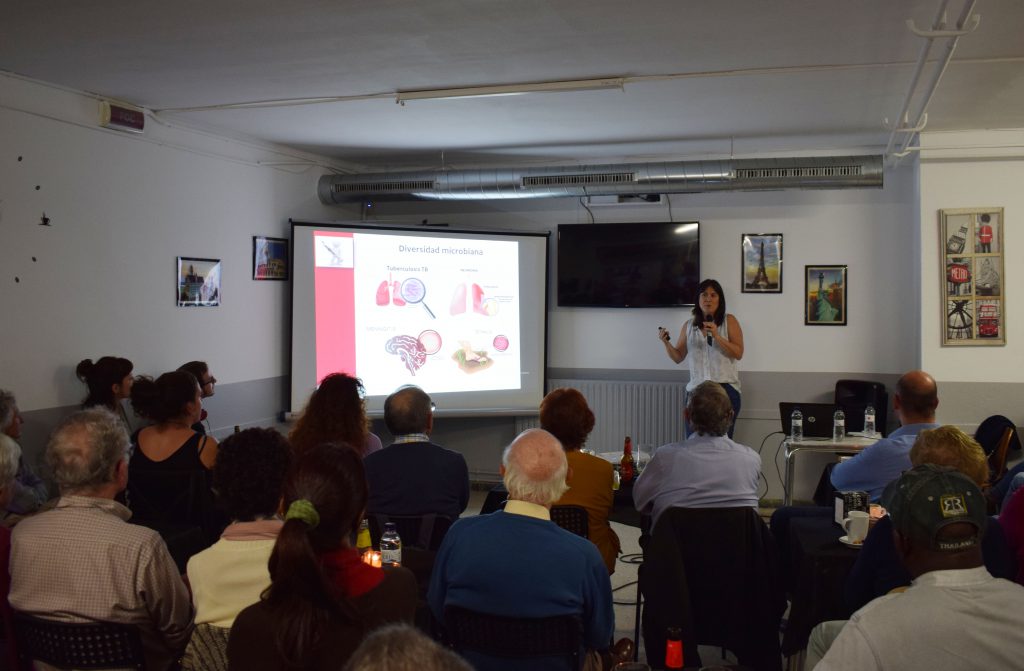 The Pint of Science festival aims to offer interesting, fun, important talks on the latest scientific research, in a format accessible to the public. All this in bars or cafes. The organizers define it as a platform that allows people to discuss the research with the people who carry it out. It is a non-profit organization, led by volunteers, and was created by a community of postgraduate and postdoctoral researchers in 2012. The festival is held annually for three days simultaneously in bars around the world. 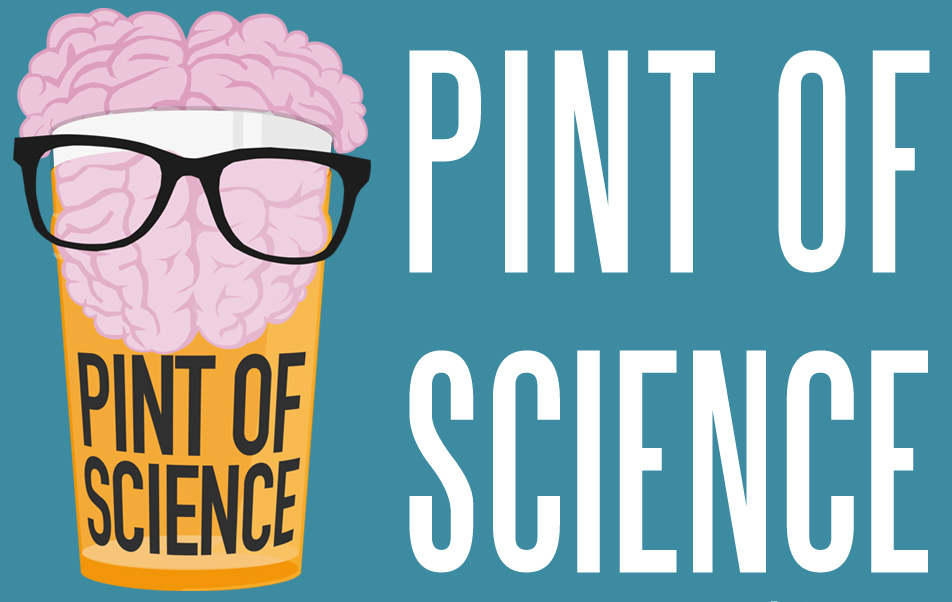