Global Virus Network, we continue working to overcome the viruses 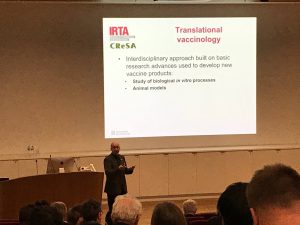 The 9th international meeting of the Global Virus Network –GVN took place the past 9-27 September 2017 in Melbourne, Australia.

The World Virus Network (GVN) is a coalition of the best medical virology experts in more than 25 countries on the six continents, with the objective of working collectively to advance knowledge on how viruses attack humans including zoonotic viruses), in the development of diagnostic tools, medications and vaccines to prevent disease and death.

(IMAGE 1) Quim Segalés explaining the animal models of the IRTA-CReSA.

Representing the IRTA-CReSA, as a GVN center, Dr. Joaquim Segalés, who presented, during the meeting, a talk titled: “LARGE ANIMAL MODELS FOR MERS-COV INFECTION”, a summary of the experiments made with animal models for coronavirus from the MERS within the ZAPI project. 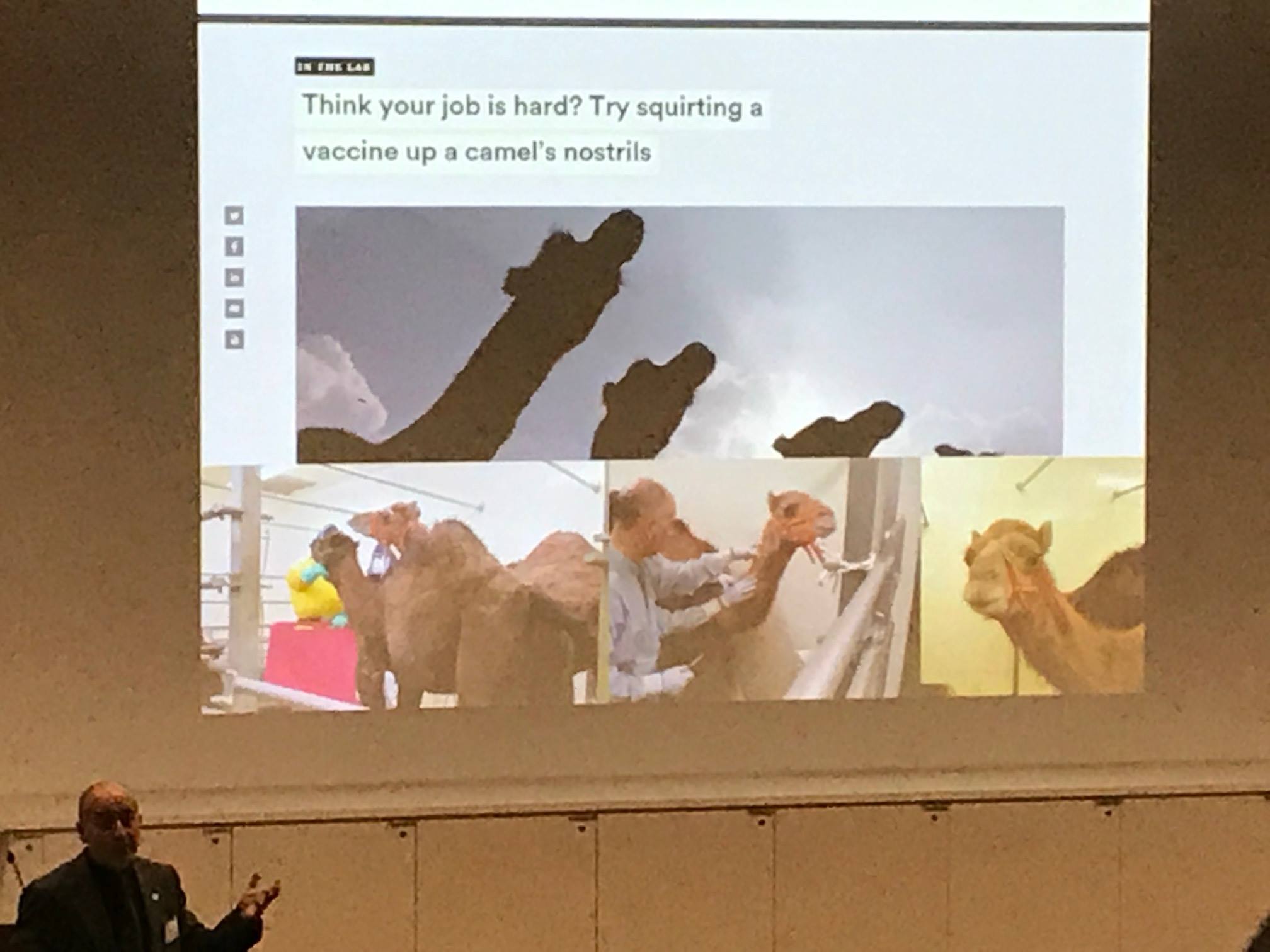 The GVN event featured multiple presentations on viruses that affect the human species as well as zoonotic viruses. It should be noted that one of the founders of the GVN, Dr. Robert Gallo, a co-discoverer of the AIDS virus, was interviewed by an outstanding journalist of Australian television in the framework of the congress. The congress also featured a 1996 Nobel Prize laureate presentation, Dr. Peter Doherty.