JIACRA-ES report; a One Health approach to associate consumption of antimicrobials and emergence of resistance 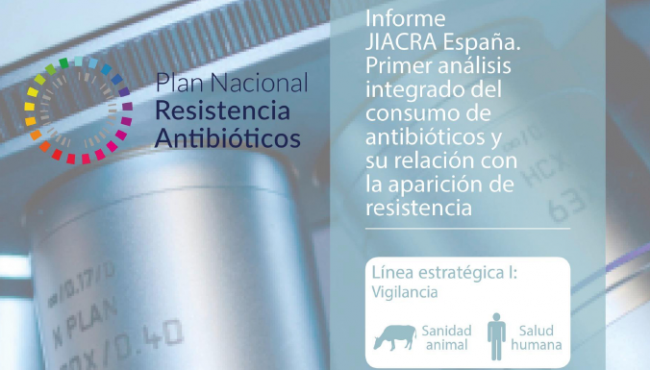 Lourdes Migura and Ignacio Badiola, researchers from IRTA-CReSA have actively participated in the elaboration of the JIACRA-ES report, coordinated by the Spanish Agency of Medicines and Medical Devices (AEMPS). This report was presented at the headquarters of Fundación Ramon Areces the 5th of June as part of the National Action Plan to Reduce Antimicrobial Resistance. In this novel report, we have analysed antimicrobial consumption data obtained during the last 5 years at national level for both, human and veterinary medicine.

For the first time, we have documented the consumption data of antimicrobials resulting from private prescription, which constitute approximately 30% of the total consumption in human medicine (Figure 1). According to data from 2016, the most commonly used antibiotics in Primary Care belong to the beta-lactam family (64.09%), macrolides (10.47%) and (fluoro)quinolones (10, 54%). Between 2014 and 2016, the trends in antibiotic consumption remained stable for most therapeutic groups, except for macrolides, which experienced an increase of 14.9%. 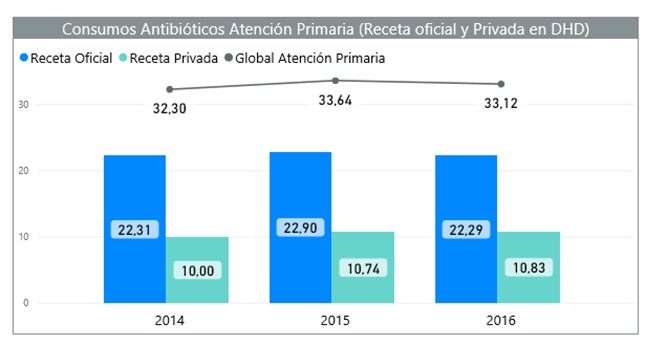 During the same period of time (2014-2016), the total antimicrobial consumption in veterinary medicine decreased from 418.8 mg/PCU to 362.4 mg/PCU (Figure 2). PCU stands for Population Correction Unit, and it is a standardized unit of measurement of anitbiotic use and takes into account the animal population as well as the estimated weight of each particular animal at the time of treatment with antibiotic, one can interpret it as the mg of antibiotic used to produce one Kg of meat. In 2016, the most commonly used antimicrobials in veterinary medicine were tetracyclines (45.35%), followed by beta-lactams (35.67%) and polymyxins (8.5%). In particular, colistin consumption decreased from 51.09 mg/PCU in 2015 to 9 mg/PCU in 2017 (Figure 3). This reduction in the use of colistin is the result of the Colistin REDUCE Program, coordinated by the AEMPS and to which most of the pig producers have joined voluntarily. 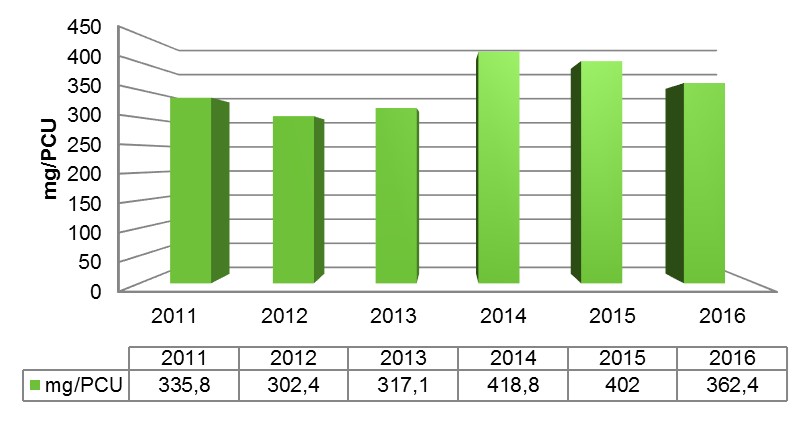 Figure 2. Evolution of total antibiotic consumption in veterinary medicine in all food producing species in mg/PCU .

Due to the limitation of the study period, in most cases, it is not possible to establish a clear correlation between consumption of antimicrobials and occurrence of resistance. However, there is a tendency that enables us to establish a starting point to continue evaluating the influence of consumption in the emergence of resistant bacteria for both, humans and animals. 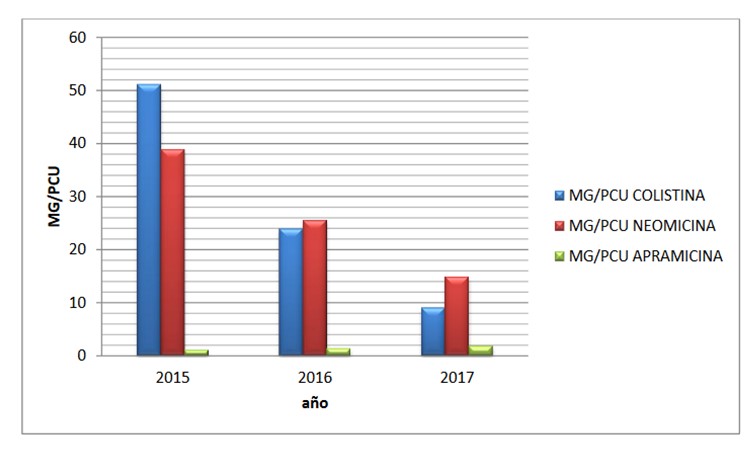 Figure 3. Evolution of colistin, neomicin and apramicin consumption during 2015-2017 period.

As observed by the results of this report, antimicrobial resistance is a very complex issue consequence of multiple factors. However, we seem to be taking the right direction at a national level, reducing the global consumption of antimicrobials during the last years reported. For both, human and veterinary medicine, all indicators suggest to make a responsible use of each one of the antimicrobial families available. It is vital to reduce as much as possible the consumption of antimicrobials of critical importance for human health to minimize the risk of emergence/selection of resistant bacteria. This reduction can only be achieved with the effort of the professionals, social awareness, and evidently with a “One Health” approach. Still a long way to go!