Impact of the microbiome on animal health

The term microbiota is defined as the set of commensal, autochthonic microorganisms, co-existing with a host without causing any harm1. Several studies on microbiota have increased over the last years with the arrival of Next Generation Sequencing (NGS) technology. These tools allow us to unravel the whole microbiota composition of a body site at a particular sampling time without the necessity of isolating the microbes. Through complex bioinformatics analysis, it is possible to establish the particular composition of bacteria inhabiting a biological niche through the massive sequencing and analysis of the 16S RNA gene.

The finding that the microbiota composition may influence on the development of many diseases2-4, together with the possibility of manipulating that composition to control disease, have conferred a central role to these studies during the last few years. Although most of the microbiota studies have been done in humans, other species are starting to be investigated. Among the animal models, pigs are important for society, mainly because pork is the world’s most consumed meat from terrestrial animals, according to FAO.  Pig industry has risen globally and the emergence of specific zoonotic diseases is of increasing concern, as pigs can act as reservoirs of several pathogens becoming a risk to farmers and consumers.

In the last years, many studies arose with the aim of characterizing the microbiota of pigs, including, for instance, a reference gene catalogue of the pig gut microbiota5 and the relationship of the nasal microbiota of piglets at weaning with the predisposition to develop Glässer’s disease6, among others. The gut microbiota has demonstrated to be quite stable during life, except for particular moments including physiological conditions such as the weaning period. However, the gut is also known to suffer drastic changes, named dysbiosis, under pathological conditions. Moreover, during metaphylatic antibiotic treatment, the beneficial microbes are exposed to a harmful environment that can induce dysbiosis contributing to the infection with other pathogens7. 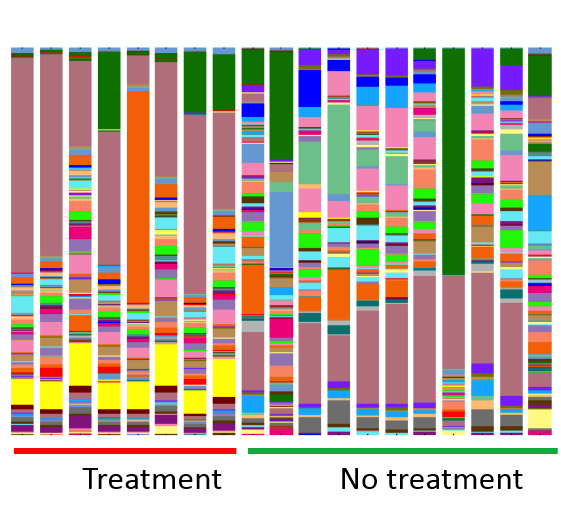 On the other hand, several beneficial bacteria, known as probiotics, have been identified to have a protective role in preventing infection by pathogenic microorganisms. Probiotics are already used in swine, poultry and cattle, but the discovery that they may promote health and could be used to avoid large antibiotic treatments against common pathogens, have drawn major attention of the veterinarian sector. Moreover, the non-viable food components that confer health benefits through modulation of the microbiota, known as prebiotics, deserve also attention to prevent disease8. Probiotics and/or prebiotics have the ability to shift the composition and metabolic signatures of these microbial populations, and this fact is even more relevant when considering that gut modulation could also have an effect in health benefits elsewhere in the body.

Further studies are needed to find effective approaches that rely on prevention and recognize that early-life strategies promoting a healthy microbiota with long-term potential to benefit animal health, but it seems we are everyday closer to discover them.

If you are willing to know more about the microbiota and its impact on animal health, come to the next meeting held at CReSA on May 31st! Inscriptions are now open Free-Inscription.

The author of this post is member of the project “Respiratory microbiota role in prevention of diseases produced by early colonizers of the porcine upper respiratory tract” (AGL2016-77361-R) funded by MINECO and the PIGSs project (Program for Innovative Global Prevention of Streptococcus suis) funded by the European Union (H2020-EU 727966).