How much does Bovine cysticercosis cost us? 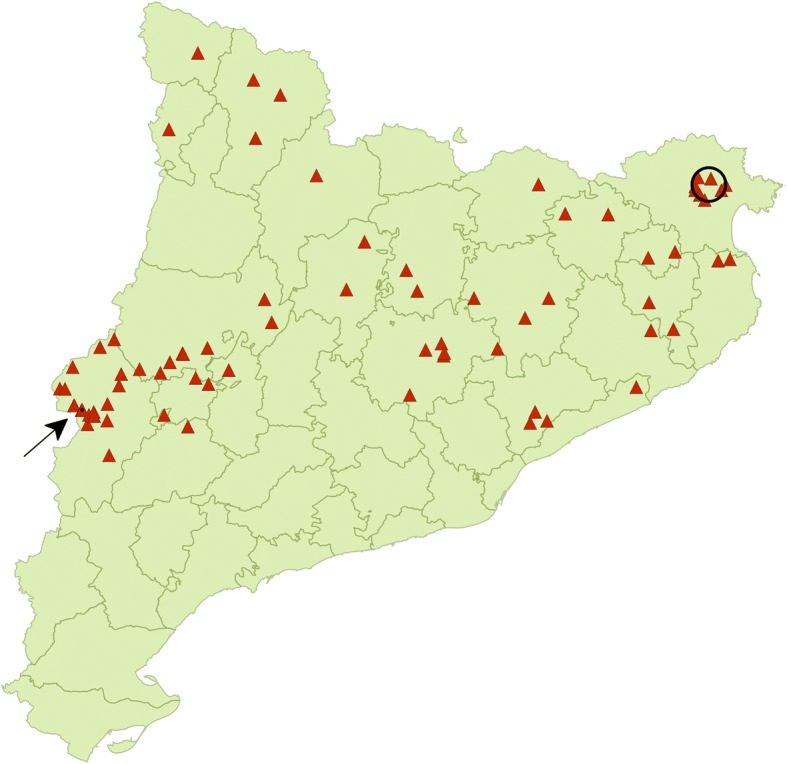 Taenia saginata is a zoonotic parasite that causes taeniosis in people (definitive host) and cysticercosis in cattle  (intermediate host). The adult form of the parasite or tapeworm develops in the small intestine of people (taeniasis) while the larval or cysticercus form establishes in the musculature of cattle (cysticercosis).

Taeniosis are usually asymptomatic although they can cause pruritus ani and mild digestive symptoms. They can also cause psychological stress in the affected people due to spontaneous exit and visualization of segments of the tapeworm that are released.

In Catalonia, bovine cysticercosis is detected at slaughter with a low prevalence but its incidence in people is unknown. In addition, it has not been investigated whether the affected animals have been infected in Catalonia or outside of Catalonia, nor is the public and economic impact of this parasite known in this area.

In order to respond to these questions, and in collaboration with researchers from the “Network on Taeniosis / Cysticercosis (CYSTINET)” (COST Action TD1302 project), we have recently conducted a study on the epidemiology and the impact of T. saginata in Catalonia.

This work is part of my Doctoral Thesis and has been published in the journal Parasites & vectors:

The results of the study indicated that during the 2008-2015 period a prevalence of 0.010% of bovine cysticercosis was detected in abattoirs. Analysis of the movements records of cattle allowed to identify the place where the affected animals would have been infected with a greater probability. The results showed that about 50% of the animals would have been infected outside of Catalonia. The apparent prevalence at slaughter only in animals that had been infected in this area was estimated at 0.007%.

Regarding the cases of taeniosis, the number of patients diagnosed with taeniosis in primary care in Catalonia during 2013-2016 was small (41-63/year). These data suggest that the risk in public health of T. saginata in the area of ​​study is low.

The economic impact of T. saginata in Catalonia was calculated for the period 2013-2015  considering the costs of the post-mortem inspection aimed at the detection of bovine cysticercosis, the losses caused by condemnation and freezing of carcasses affected by bovine cysticercosis and the costs associated with cases of taeniosis in people (costs of medical visits, diagnosis and treatment). 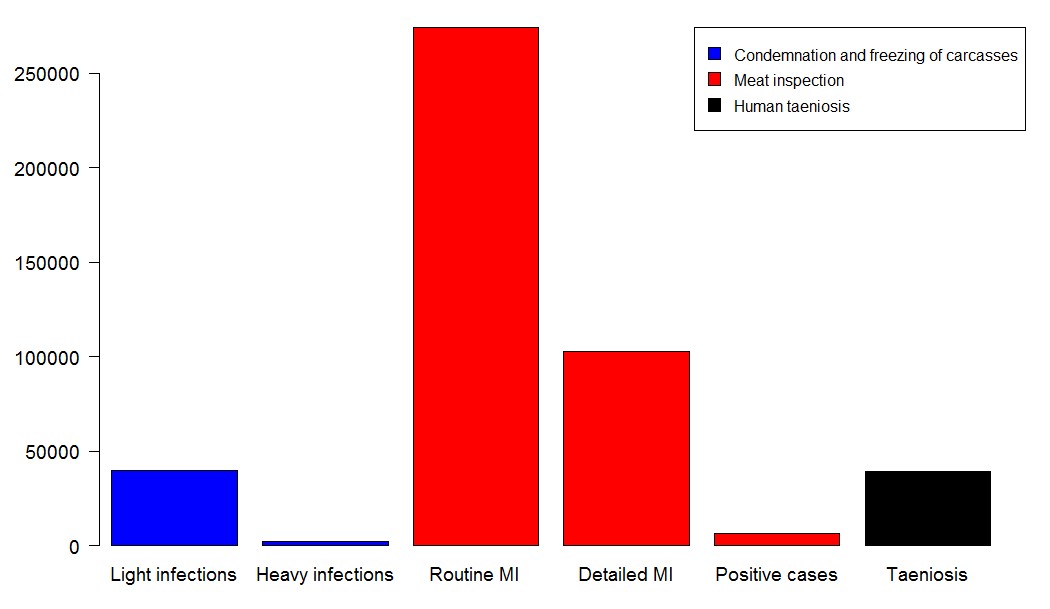 Therefore, these results suggest that the risk of T. saginata in public health in Catalonia is low. The economic impact of T. saginata is attributed mainly to the post-mortem inspection that is supported by public health authorities. On the other hand, the costs derived from the condemnation and the freezing of carcasses of cattle meat seem limited if compared with the total revenue generated by the beef sector.