Bovine Tuberculosis: Challenges and Controversies (IV). The role of wildlife 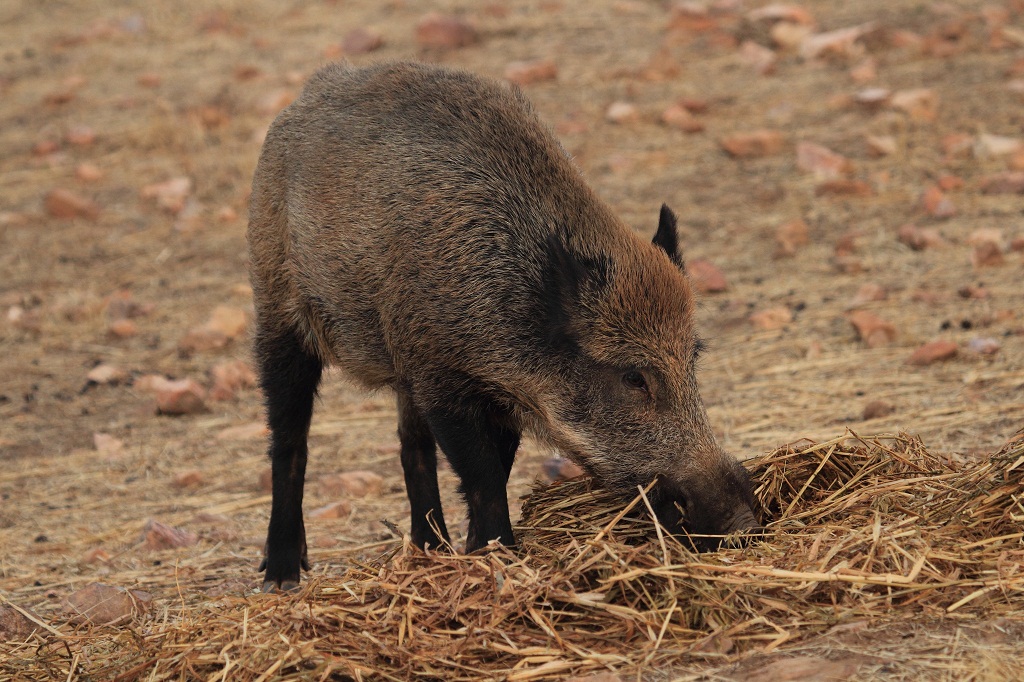 After World War II, several countries in Central and Northern Europe launched campaigns to eradicate bovine tuberculosis (TB). Among them, the United Kingdom, which achieved remarkable success in reducing the incidence and prevalence of bovine TB since the 1950s to the mid-eighties of the last century.

However, since then the number of positive reactors to the tuberculin skin test has dramatically increased and positive herds have spread throughout England and Wales. Thus, in 1958, more than 25,000 positive cattle were slaughtered, while in 1986, there were only 235 in the whole Great Britain. Notwithstanding in 2017, over 40,000 cattle were slaughtered due to TB (Source: DEFRA 2018). The causes of this dramatic increase have been widely studied and it seems quite accepted that it coincides with the increase in the number and density of badgers in some areas, which are precisely those that present more incidence of TB in cattle. In this region the badgers act as a wild reservoir of tuberculosis: maintaining the infection between them and infecting the cattle herds.

In Spain, the mean prevalence of bovine TB has also increased in recent years achieving levels similar to those of the beginning of the century (2.81% in 2001 and 2.32% in 2017, source: MAPAMA). However, the evolution of the prevalence is diametrically opposed in some Autonomous Communities compared to others. The direct or indirect interaction of cattle with wild reservoirs, mainly wild boar and red deer, can play a role in new cases of bovine TB. This interaction occurs especially in the southwest of Spain, where bovine TB has actually increased (in other areas it has decreased significantly). It is precisely in these highly prevalent areas where a specific wildlife management strategy is essential and urgent as indicated in the Plan de Actuación sobre TUBerculosis en Especies Silvestres (PATUBES), published last year.

This issue was already addressed in this post in ‘Cresa & the City’, in which we remarked the need for a multi-host approach to address the control of the disease. However, in Catalonia, with a very low prevalence of bovine TB (0.18% in 2017, source: MAPAMA), what is the real situation of wildlife TB and what role does wild hosts play in the epidemiology of animal TB? 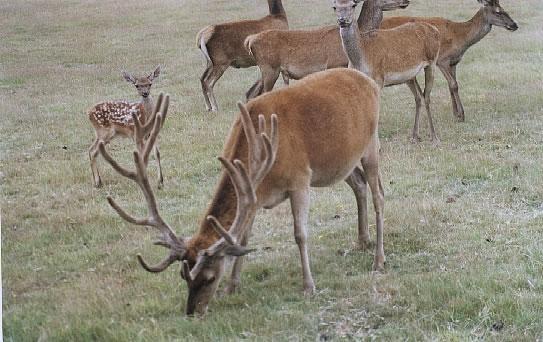 Next October 10, IRTA-CReSA will organize a conference aimed at professionals of the sector to answer this question and to show a picture about the situation (what we know and what we do not know). The conference will be a good opportunity to share information, data, analysis and drawing conclusions to face the future with coordinated actions based on the cooperation of all the actors involved in the fight against this old disease.

We have recently presented these results to the 13th Conference of the European Association of Wildlife Diseases (EWDA).

The data obtained in Catalonia contrasts radically with the prevalence of TB in the south of Spain, where wild boar reaches prevalences of 50, 60, 70, 80, 90 and, even in some areas, almost 100% of the animals sampled. These results are clearly related to a different management of hunting animals and contact with extensive livestock (sharing water and food points). Thus, the situation in Spain is radically different based on the geographical area and the management of wildlife in each territory. While in Autonomous Communities such as Andalusia, Extremadura or Castilla-La Mancha the response actions are urgent to reduce the prevalence of wildlife and cattle TB, in Catalonia, the strategy should pivot mainly in surveillance, prevention and bio-security. 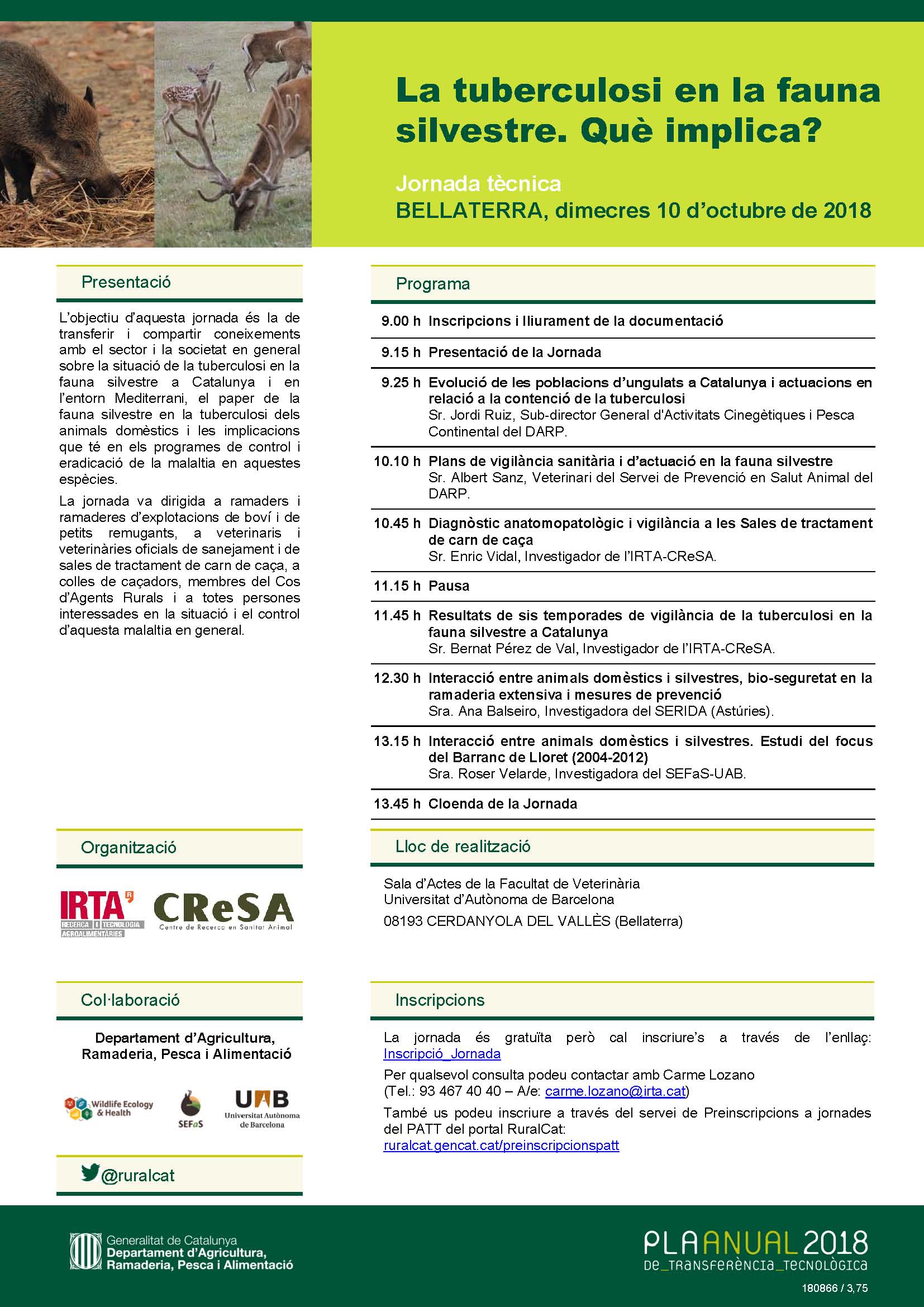 The Conference on wildlife TB entitled “Tuberculosis in wildlife. What does it mean?” will take place on Wednesday, October 10, 2018, in the Hall of the Veterinary Faculty (UAB, Bellaterra). Please register in the following link to attend it (free of charge).